Analysis: Why the ANC will most likely keep Tlokwe

Analysis: Why the ANC will most likely keep Tlokwe 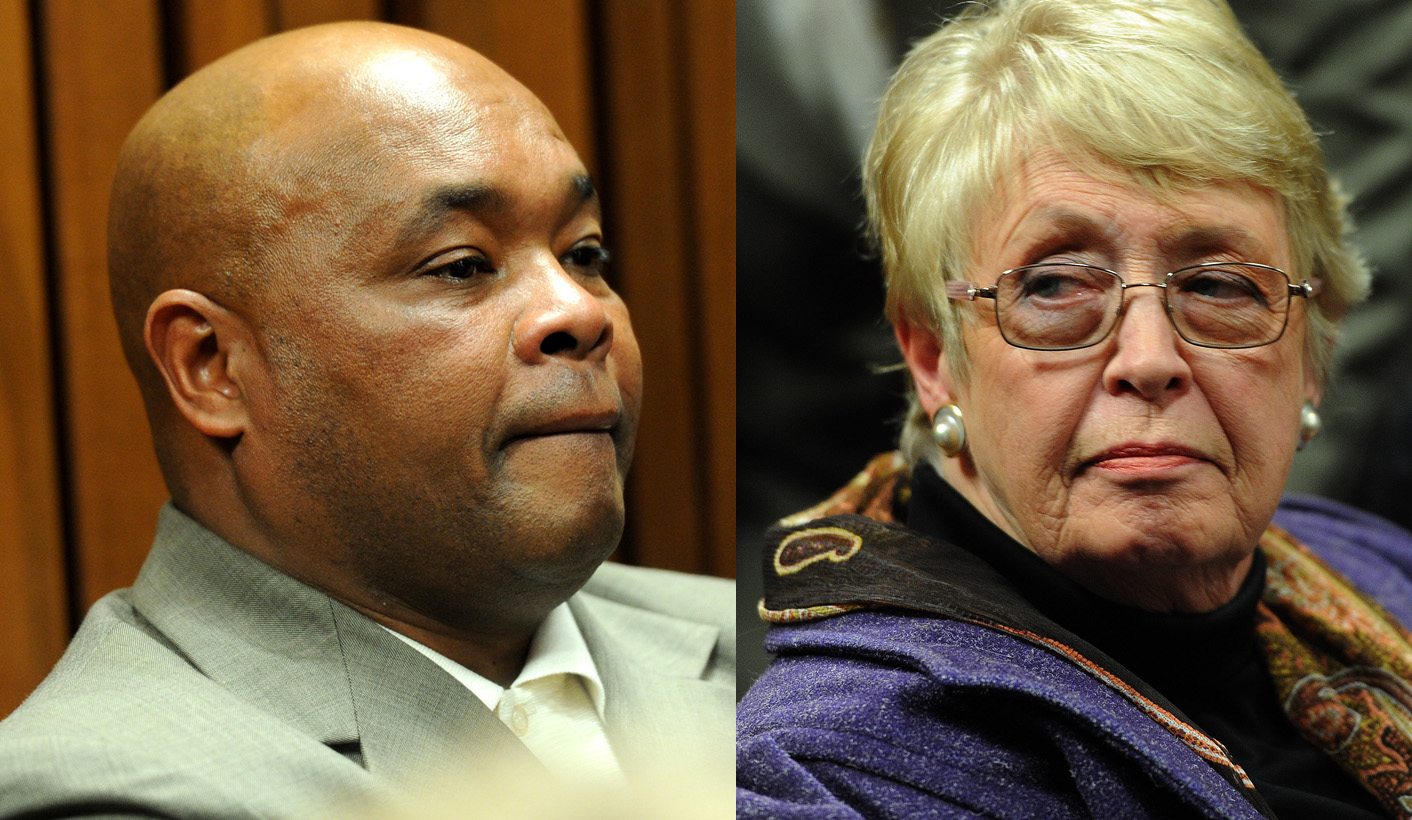 There are nine wards up for by-election in Tlokwe in September, all of them defended by the ANC. If the party loses more than four of these wards it will lose its absolute majority in council, and could be forced out of power by a coalition of opposition parties and independent councillors. This is not likely to happen, and the ANC should retain its majority in the municipality, ending the DA’s (second) stint in power. By PAUL BERKOWITZ.

Below is a political map of Tlokwe. The municipality has 26 wards: 16 were won by the ANC in 2011, 9 by the DA and one ward by COPE. Wards 1 – 3 are the rural, largely agricultural, areas of the municipality encircling the urban centre of the town. Wards 4 – 26 are made up of the town of Potchefstroom (the university, business district and historically white residential areas) and its related townships (which include Ikageng, Promosa and Mohadin).

Tlokwe’s geographical layout is similar to other large local municipalities in South Africa, like Polokwane or Mbombela. There is normally one node of development (in Tlokwe it is Potchefstroom, in the other two it is Pietersburg and Nelspruit respectively) characterised by higher population densities and a greater degree of urbanisation. This node is surrounded by less developed areas that are usually sparsely populated.

The map below shows which parties have won which wards. DA wards are coloured in light and dark blue, ANC wards are yellow and green, while the lone COPE ward is coloured brown:

A cursory glance at the map would suggest that the DA controls most of the municipality, but ward delineations are determined primarily by population numbers and have little to do with land areas. The DA has won wards 2, 3, 5, 7, 15, 22, 23, 24, and 25. Cope has won ward 19. The ANC has won every other ward. It controls roughly 60% of the wards and this is consistent with its total share of the 2011 municipal vote (ward and PR votes cast).

There seems to have been a strong strain of protest voting in this ward. In this ward the ANC failed to register a candidate in time for the 2011 elections. ANC supporters may have been instructed to either spoil their votes or to vote for the COPE candidate. The DA candidate received 141 votes, or 32% of all the valid votes cast.

The map still shows clearly how the municipality is split into an eastern portion, controlled by the DA, and a western portion, controlled by the ANC (if we ignore the wraparound effect of ward 2 in the southern half of the municipality). The dividing line between ward 7 on the east (DA) and wards 6, 11 and 17 on the west (all ANC) is the R53 (a provincial road) running north-north-west to south-south-east.

Most of the wards were won with an overwhelming majority by either the ANC or the DA – in 12 of the 16 wards won by the ANC and eight of the nine won by the DA, the incumbent garnered over 85% of the 2011 vote. In most cases the incumbent’s share was well over 90%. This underlines the segregated structure of the municipality. In one of two of the safe DA wards the ANC didn’t even bother fielding a candidate in 2011. This might explain the high incidence of spoilt votes in some of the DA wards (15% of all ward votes in ward 3 and 7% of all votes in ward 7). The vote spoilers might have also been those who weren’t happy with either the DA or the FF+ as their options.

The ANC controls 30 of the 52 seats in council following the 2011 elections, the 16 ward seats and another 14 PR seats. In order to retain its majority in council (i.e. at least 27 out of 52 seats) it cannot lose more than three of the nine wards that are up for by-election on 18 September.

If the party loses four wards it will be left with exactly half of all council seats, which could lead to a hung council. In that event, the ANC would probably offer a juicy position or two to the FF+ councillors, something like deputy mayor and/or council speaker. It might sound far-fetched, but the two parties do have a relationship on the national level. The FF+ and the DA are certainly not the best of friends, and the former party’s interest in an opposition coalition with the latter is not guaranteed.

Another possibility is that the ANC could form a coalition with any independent councillors that might win wards in the by-elections. Independents have won two wards in Rustenburg over the last year and one came within touching distance of winning ward 9 in Tlokwe in August.

The threat of independents has been somewhat diminished: four or five of the eight would-be candidates have been disqualified from the running. They are apparently challenging their disqualification, which may result in some wards holding delayed by-elections. There’s a good chance that we’ll wake up on September 19 and there will be yet another act in this drama.

Fast-forwarding through the whole protracted affair, how many wards could the DA and independents expect to win in the final analysis? The ANC won four wards in 2011 with between 53% and 64% of the vote. Three of these are up for by-election (wards 4, 6 and 13). The DA won between 32% and 41% of the vote in these three wards and the party will think it has a chance here.

The ANC did see its share of the vote in ward 9 fall from 91% in 2011 to just 51% in August’s by-elections, so perhaps even some of the ‘safe’ wards can’t be taken for granted. The independent candidate received 33% of the vote, splitting the difference with the DA.

There are a number of possible turns and twists in this story. The DA has entered into coalitions in other municipalities (mainly in the Northern Cape) with independents. The party has in the past provided campaign support for independent candidates. The party could form a similar relationship with independents in Tlokwe.

On the other hand, having more independents in your coalition means having to dole out more goodies in the form of sweet council positions. The DA still starts these by-elections with only 19 council seats and cannot realistically hope to pick up more than three seats by the end – and if that occurs the DA bards will sing about it for years to come.

The DA would have to find positions for two FF+ councillors (assuming they joined the coalition), one COPE councillor and at least two independents. That’s five prestigious positions on the council. That is simply too much largesse for the party to manage and that is still the best-case scenario.

The DA still has reasons to be cheerful even if it doesn’t hope to win Tlokwe at the polls. It still holds the mayorship and will continue to do so for another month or so. It also has a chance to win a couple of wards in an area that has historically been ANC turf. If the DA can find success west of the R53 – even if it’s only in one ward – it will hold up the victory as evidence of its growth in the townships.

Don’t expect any clear resolutions to the whole saga by the end of the month. Hopefully we’ll have one by the end of the year, or at least before next year’s national elections. That doesn’t mean that the rest of the story will be boring. DM