When peacekeepers attack: Why SA troops are in harm’s way in the DRC 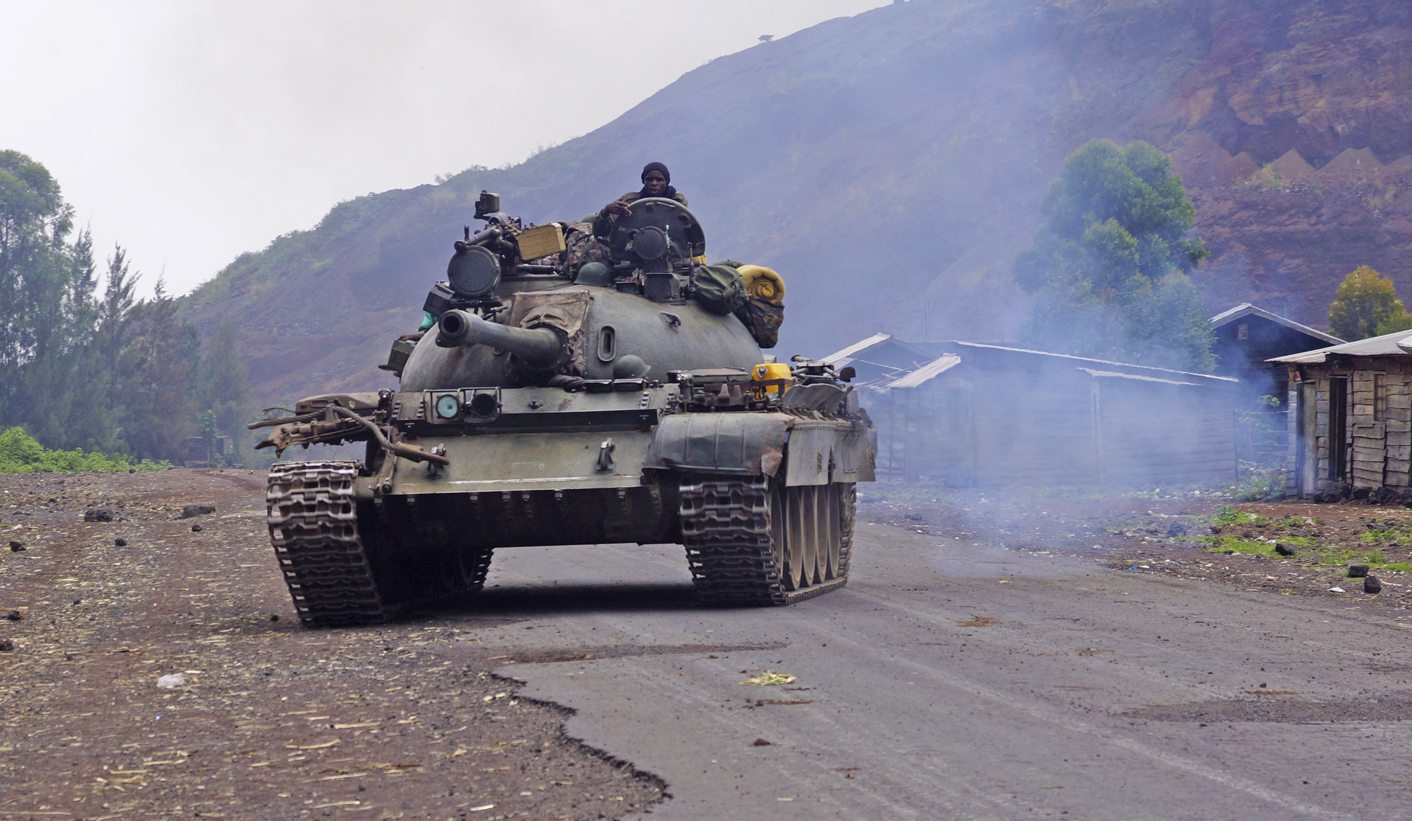 South African soldiers are again coming under fire in a messy conflict in central Africa. This time, the setting is the Democratic Republic of Congo. What are we doing there, and why are we on the attack? By SIMON ALLISON.

First, the good news, as clarified on Thursday by South African National Defence Force (SANDF) spokesman Xolani Mabanga: no South African soldiers have been killed or seriously injured in fighting in the eastern Democratic Republic of Congo, despite contradictory reports on social media. “This is just mere propaganda and psychological warfare from the rebel forces who want to portray their so called success against the DRC government troops,” added Mabanga.

But our soldiers were not completely unscathed. Two were injured on Wednesday as South African troops provided support to the Congolese army (one was shot, the other hit by shrapnel), while a third soldier was wounded by shrapnel when a mortar landed close to their base in Goma. Mabanga told Daily Maverick that these were all minor injuries and the affected soldiers are in good condition.

Still, the news that South African troops are coming under hostile fire, and not for the first time this year, raises a few questions. For a nation at peace, we seem to be doing an awful lot of fighting in central Africa.

In March, a contingent of SANDF soldiers got caught up in the rebellion in the Central African Republic, which ousted the president. With no mandate to be there, and playing a decidedly ambiguous role, SANDF was perceived by some of the rebels to be on the president’s side, and therefore a legitimate target. Fourteen soldiers lost their lives.

Just a few months later, and in the same region, South African troops are once again caught up in hostile fire. This time, however, the situation is a little different.

A few things set the involvement in the DRC apart from the Central African Republic debacle. For a start, we’re not on our own. The SANDF is part of the Force Intervention Brigade (FIB) along with troops from Tanzania and Malawi. Tanzania’s been hit even worse by the recent fighting, with one soldier killed on Wednesday.

Secondly, South Africa has history in the DRC, 11 years of it. South African troops were part of United Nations peacekeeping efforts in the country as early as 2002, and our politicians have also tried their hand at mediation on occasion (hasn’t really worked out so far…). The DRC has really been the place where our government has tried to assume the mantle of African leadership, and, for better or worse, they have backed up their commitment with boots on the ground. There’s plenty of diplomatic capital at stake.

Finally, the South African soldiers have a United Nations mandate to be there. SANDF has been involved in a variety of UN peacekeeping missions to the DRC sanctioned by the UN Security Council, which gives their presence legitimacy under international law.

But the latest UN mandate, the one that created the FIB, goes beyond mere peacekeeping, authorising the unit to go on the attack and actively intervene in conflict situations when necessary. It’s peacekeeping with teeth, and is something of an experiment that could determine the future of international intervention in conflict zones.

It does mean, however, that South African troops are at times actively putting themselves in harm’s way. This was the case on Wednesday, when an FIB contingent supported the Congolese army’s attempts to rid the city of Goma of rebels from the M23 movement, which the UN and various rights groups claim is supported by Rwanda. Actually, the attack on Wednesday was a pretty momentous moment in UN peacekeeping history. “At 10 minutes to eight yesterday morning, the FIB … fired the opening shots of the first ever direct attack on rebel forces in UN peacekeeping history,” explained Darren Olivier for African Defence Review. There’s no going back now.

The cross-border politics in this part of the world are particularly messy, and the UN is finding it difficult to negotiate the complexities with the new intervention force, which has changed the dynamics somewhat.

As regional expert Jason Stearns explained on his blog, Congo Siasa, (writing before Wednesday’s joint offensive with the Congolese army): “On the military front, the UN has a difficult needle to thread. If it does not go on the offensive, it will disappoint after months of hype building up around the Intervention Brigade. The Congolese government is purposely ratcheting up the pressure on the UN to make it use military force and to position the blue helmets as scapegoats if anything goes wrong. But a military offensive contains plenty of dangers: the M23 could embarrass the UN troops, or UN troops could be complicit in abuses carried out by the Congolese army. Any military action could also upset whatever diplomatic approaches are being made with Rwanda and the M23.”

It’s a dangerous game, and South Africa has put itself right in the middle of it. Nonetheless, and injuries notwithstanding, SANDF spokesman Mabanga is confident that it’s the right move: “The mission so far is going well.” At this stage, it’s too early to share his confidence. DM

Photo: A Congolese government military tank patrols in Kanyarucinya village in the outskirts of Goma in the eastern Democratic Republic of Congo, August 22, 2013. The head of the U.N. peacekeeping mission in Congo on Thursday ordered his troops to take whatever action was needed to protect civilians after shelling hit the city of Goma on the Rwandan border in renewed fighting between the army and M23 rebels. REUTERS/Kenny Katombe