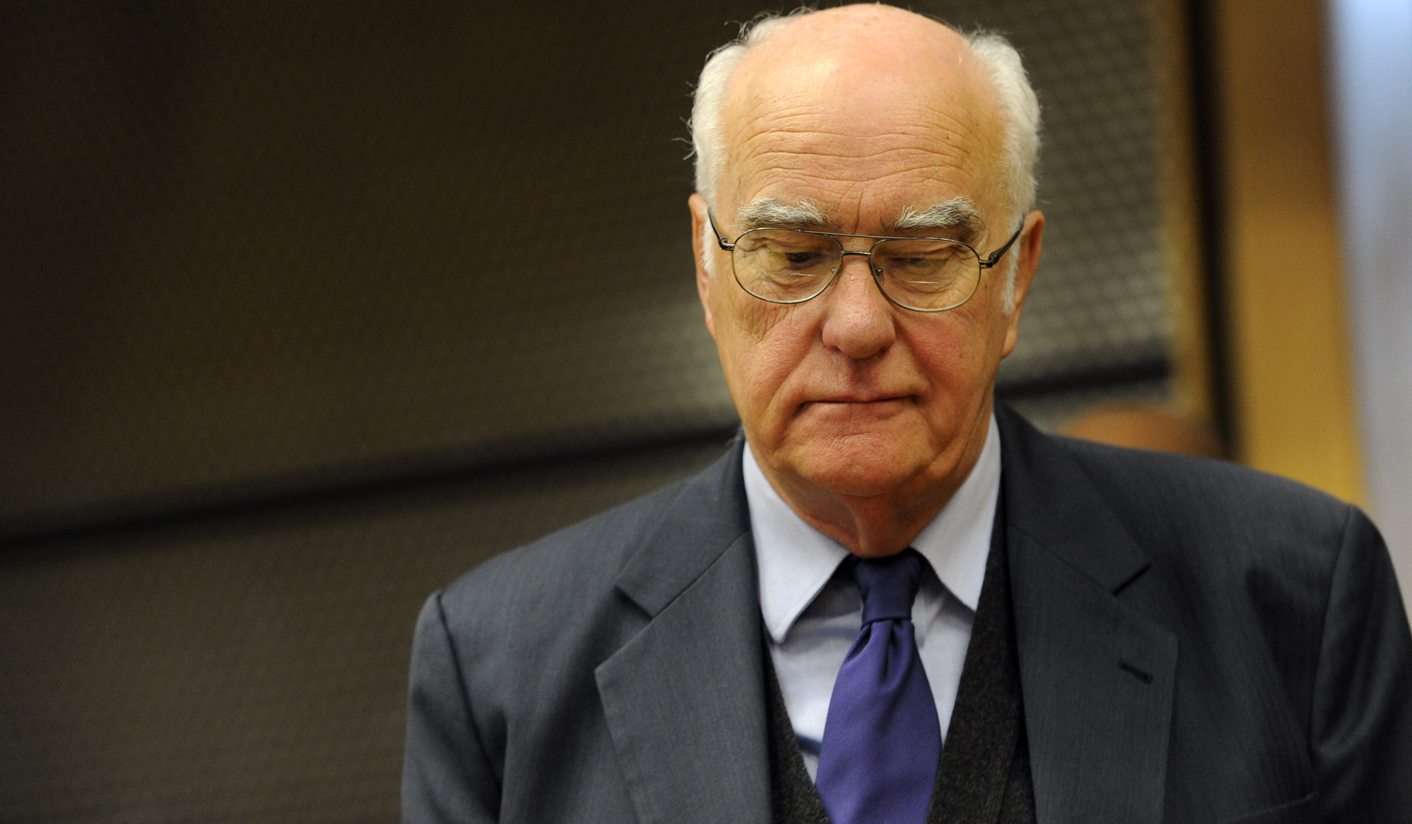 North West Deputy Police Commissioner William Mpembe made startling revelations this week showing a lack of co-ordination and oversight between the police units in Marikana. Meanwhile, Dali Mpofu’s attempts to get funding for the legal teams of the injured and arrested mineworkers continue. By GREG NICOLSON.

In a week of drama at the Marikana Inquiry, major general Mpembe stole headlines when he broke down in tears after he was criticised as being unhelpful. But under cross-examination from advocate Michelle Le Roux, representing the SA Human Rights Commission, Mpembe also described the lack of co-ordination among the police units that converged on the small koppie, which accounted for 18 out of 34 deaths on 16 August 2012. While media witnessed the shootings at the main koppie, many questions remain about what happened thereafter.

On Tuesday, Le Roux claimed Mpembe, who was the commander of the police operation in Marikana, had little control over the situation. “What we do mean to suggest to the commission is that you were overall commander in name only. You did not know that the plan had changed fundamentally to channel the protestors into an inevitable and deadly confrontation with the (Tactical Response Team). You don’t know what happened at scene 1. You don’t know what happened at scene 2,” said the advocate.

Mpembe was in a helicopter at the time of the shootings, attempting to provide information for police on the ground. After the first shootings, when protestors fled, five different police units surrounded the small koppie to continue attempts to disperse and disarm them, say the police. The Tactical Response Team, National Intervention Unit, Public Order Policing, Special Task Force and K9 teams all took different positions. Mpembe said the five units engaged the area on their own initiative after hearing gunfire.

“Major general, who was commanding these members at koppie three?” Mpembe was asked on Wednesday. “Was anyone in overall command?” Brigadier Adriaan Calitz should have been co-ordinating the units but was still busy at the first scene, said Mpembe. The units were operating separately under their own leaders with no coordinated command, Mpembe admitted.

It was because they took the initiative to act on the shots they heard, he said. “So as a result of that there was no one co-ordinating,” said Mpembe. Le Roux asked: “In your view, given that you have five units and five commanders converging on koppie three do you think there should have been someone co-ordinating the five units?” Yes, answered Mpembe.

Farlam summarised: “What we have established so far is that there was a period when there was no single person coordinating the activities at scene 2 for the reasons you’ve explained and brigadier Calitz, who was the person supposed to be coordinating, was waiting in the circumstances that you’ve explained to us.” Mpembe said officers should have told him, as operational head, they were acting on their own initiative but there were problems with the communication equipment.

The admission that there was no co-ordination amongst the different units at the small koppie could help the inquiry understand how could 18 deaths occurr there. Le Roux said some police officers have said they did not know that other units were even at that koppie. It suggests police could have mistaken gunfire from other units for attacks from protestors and then, in response, opened fire on unarmed miners.

Mpembe’s comments might also be perceived as another police leader trying to avoid responsibility for the bloodshed. If he admits he coordinated the response, he would no doubt fear being held accountable.

The commission has continued this week without the participation of advocate Dali Mpofu’s team, representing the 270 injured and arrested mineworkers. Mpofu told the inquiry on Thursday that without his clients, the inquiry should be called the “Money-kana” commission. He said one of his clients told him, “If they continue without us, they shouldn’t call it the Marikana commission … It is not the Marikana commission if we, the people of Marikana are not there. The people who will be left there are not from Marikana.” Mpofu and his supporters left the inquiry on Thursday after tabling a request to postpone proceedings while his team search for funding, which the state has continued to deny.

He noted there is a public effort to raise funds (Citizens4Marikana will give an update on their crowd sourcing efforts today). The state is spending R3-million a month on the SAPS legal representation and R3-million on evidence leaders, while Lonmin is spending R2-million per month, added Mpofu. He said his legal costs are substantially less, at R340,000 a month.

On Wednesday Mpofu said police are harassing his clients to intimidate them over the commission. “It is part of the unequal treatment that is meted out to the victims. We know that up until now despite some of the shooters who shot and presumably killed people being known none of them have been arrested. We know that some of the members of the NUM who have been identified as suspects in the attempted murder of the 11 August last year whose names appear on the docket have not been arrested.”

Photo: Commission chairperson, retired judge Ian Farlam, is seen at the Farlam Commission of Inquiry into the shootings at Marikana on Tuesday, 16 June 2013. Picture: Werner Beukes/SAPA