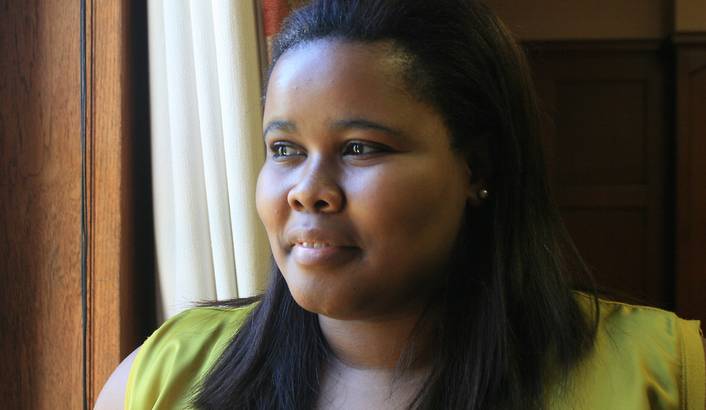 DA WALKS OUT OF JSCI MEETING ON ‘NKANDLAGATE’ REPORT

The Democratic Alliance underlined its opposition to the ‘Nkandlagate’ report being presented to the Joint Standing Committee of Intelligence (JSCI) for review by walking out of a specially convened meeting of the committee this week.

Parliamentary leader Lindiwe Mazibuko said the party has always believed the report into the spending of public money, to the tune of R206 million, on President Jacob Zuma’s private home in Nkandla, should be dealt with by portfolio committee of public works, an open and transparent committee. “Sending this report, in its entirety, to the JSCI is a clear attempt to bury and conceal its contents,” she said. “On principle, DA representatives on the committee have refused to take part in that exercise.”

The South African National Defence Force has confirmed three South African soldiers have been injured in heavy fighting in the eastern Democratic Republic of Congo. The Times reported earlier that South African Special Forces snipers had killed at least six senior rebel officers in an operation designed to target rebel command and control posts. South African soldiers comprise part of a United Nations intervention force backing Congolese government forces’ assault on the M23 rebels. The newspaper quoted Pikkie Greef, national secretary of the SA National Defence Union, saying sources in Goma said South African snipers “were engaging” with rebels and that one rebel being shot from a distance of 2.2 kilometres.

Archbishop Emeritus Desmond Tutu says the crises in Syria and Egypt require “human intervention, not military intervention”. Tutu said Invading Syria may lead to the capture or killing of President Bashar al-Assad but it may also “precipitate a general escalation of tensions and violence in the Middle East”. He said it was “not worth the risk”. The South African government agrees, raising concerns over what it calls “ “dangerous rhetoric”. The international relations department said it does not believe that “bombing the already suffering people and crumbling infrastructure of Syria will contribute to a sustainable solution”. It said all parties should “engage in a process of all-inclusive national dialogue, free of any form of violence, intimidation or outside interference aimed at regime change”.

SCRAMBLE FOR SEATS IN KZN COURTROOM

The South Coast town of Port Shepstone in KwaZulu-Natal is riveted by a dramatic case in which a mother allegedly ordered a hit on her two sons. Hundreds of people tried to force their way into the Port Shepstone Magistrate’s Court to witness her bail application, The Witness reported. Dorothy Langeni Makhosazana, who lives in Gamalakhe, has been charged with conspiracy to commit murder. Magistrate Piet Coetzer expressed dismay at the local community’s “morbid fascination” with the case, the newspaper reported. Those who couldn’t find a seat were ordered to leave the courtroom.

Czech fugitive Radovan Krejcir, who sentenced in absentia in the Czech Republic last year after being convicted of money laundering, believes his appeal against the rejection of his bid for refugee status in South Africa will succeed. Sapa reported that Krejcir’s lawyer, Mike Hellens, reading from Krejcir’s affidavit, told the Kempton Park Magistrate’s Court there were “very strong prospects of success in my refugee status case that is before the Refugee Appeals Board”. Krejcir is fighting extradition to the Czech Republic. The extradition hearing is dependent on the ruling of the Refugee Appeal Board.

‘DRASTIC ACTION’ NEEDED ON AARTO, SAYS DA
It is “high time that the department of transport and the Gauteng Provincial Government stop taking the people of Gauteng as fools”, says DA national spokesman, Mmusi Maimane. Maimane was addressing the issue of the failure of the controversial Administrative Adjudication of Road Traffic Offences (Aarto) system. Leaked documents relating to Aarto show that over the past two years, only about one out of 10 motorists paid their fines in Johannesburg and Pretoria. This has amounted to R2.1 billion in unpaid fines during that period. “Drastic action is required to protect the people of Gauteng. We cannot allow people to suffer because the Gauteng government and the transport minister will not admit what a monumental mistake they have made by pushing ahead with Aarto,” Maimane said. The system was piloted in Gauteng before national rollout.

POLELA TO APPEAR ON POACHING CHARGES

Former Hawks spokesman, McIntosh Polela, is facing 13 charges of poaching. The Daily News reported that Polela is due to appear in a Pietermaritzburg court in September, a fact confirmed by the National Prosecuting Authority. A farmer in the Himeville area caught Polela and others with a common reedbuck – a protected species – and a grey duiker, without a permit, near the Swamp Nature Reserve. Polela said he was unaware it was a protected species and needed a permit to hunt it. Now he faces charges of illegal hunting and pointing a firearm, but has, in return, opened counter charges of assault and pointing a firearm against the farmer.

WALTER SISULU UNIVERISTY GRINDS TO A HALT OVER STAFF STRIKES

The Walter Sisulu University campus in Mthatha has shut down as staff and lecturers continue to strike for higher wages. Higher education director general Gwebs Qonde said the university is technically and commercially bankrupt, Sapa reported. Staff is demanding an eight to 10% salary hike while the university could only afford a 4.25% salary increase, Qonde said. “In addition, the institution had been operating on a council-approved deficit for about five years and illegally used earmarked grants provided for infrastructure improvement to pay salaries,” Onde said confirming a criminal investigation was under way. WSU paid its staff more than most other universities in the country. DM