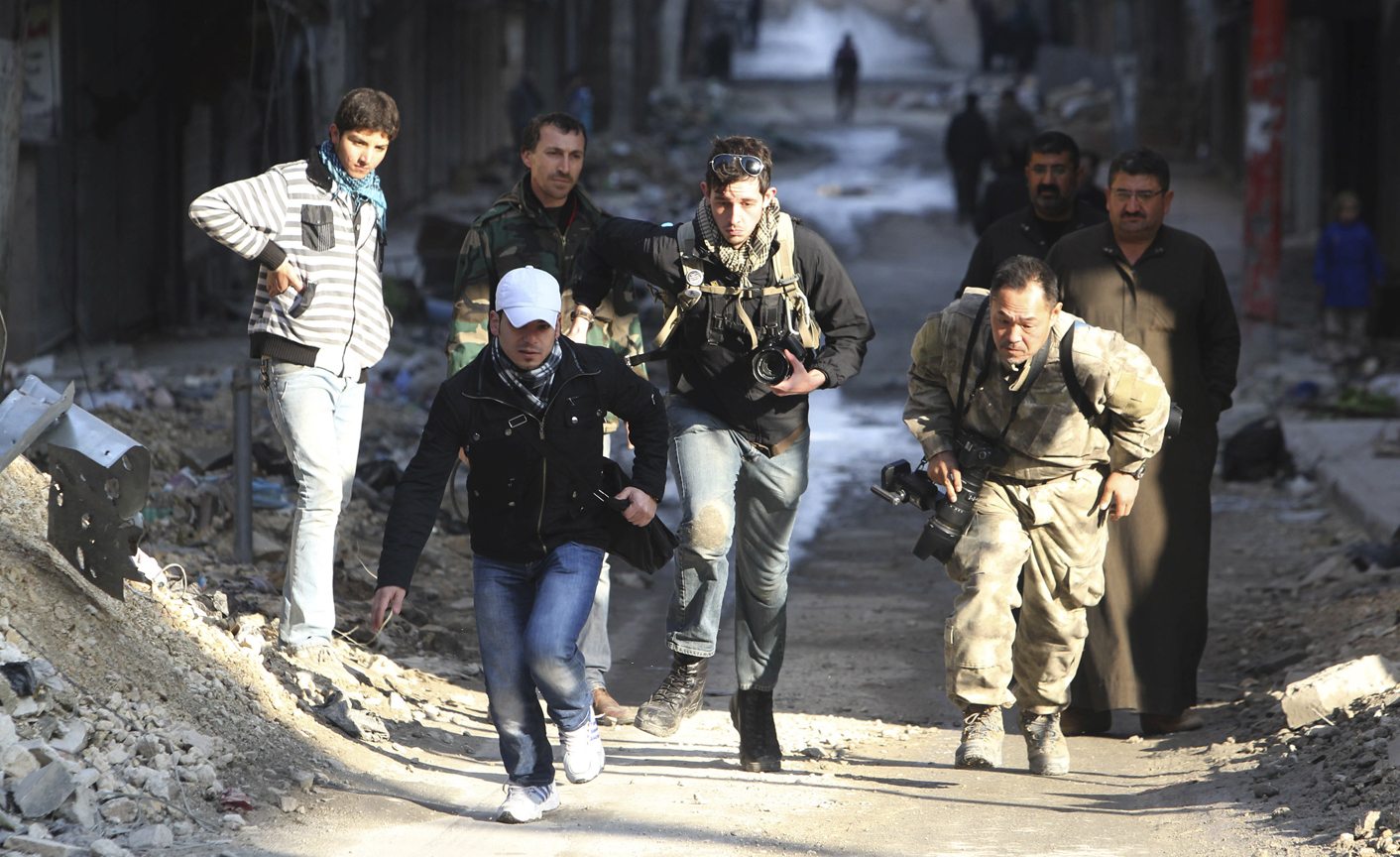 The Palace of Justice in The Hague, a formidable building that was constructed with the lofty ambitions of bringing world peace, celebrated the 100th anniversary of its inauguration on Wednesday. But while the Palace and the institutions it hosts were intended to provide an alternative to military conflict, it is the apparent preparation for an intervention in Syria that proves the disjuncture between the ambition of the peaceful resolution of conflict and the sad reality of guns, planes and indeed, gas. By KHADIJA PATEL.

The day was meant to belong to the Peace Palace, the 100-year-old building in The Hague that was constructed by steel magnate Andrew Carnegie. And while the building certainly is magnificent, it is what the Peace Palace represents – a viable alternative to war – that appears to have grown irrelevant to the needs of the world.

It was ultimately Syria – and not the Peace Palace – that featured most prominently in the speeches at the ceremony on Wednesday morning. And it was Syria, too, that seemed to provoke the passions of those outside the Palace.

As the King of Netherlands and his guests hobnobbed in the gardens of the Palace, the unmistakeable sound of a noisy demonstration drifted through the air. A few dozen activists had gathered outside the Peace Palace to voice their protest against Syrian President Bashar Al-Assad’s alleged use of chemical weapons last week.

“We strongly condemn anti-human chemical attack on Syrian people by Assad’s chemical regime and its masters in Tehran,” read one banner outside the Peace Palace.

“Give peace a chance,” he said when he addressed delegates during the official ceremony marking the Peace Palace’s 100th anniversary.

He noted that until now, feeding the fight has only made things worse in Syria.

“To those providing weapons to either side, we must ask: what have those arms achieved but more bloodshed?” Ban asked. “The military logic has given us a country on the verge of total destruction, a region in chaos and a global threat. Why add more fuel to the fire?”

The very institutions that are being celebrated here in The Hague this week appear out of touch with the real world. Ultimately the celebration of a building rings hollow when the ambitions that building was meant to further are drowned out by the clamour of war.

For his part Dutch Prime Minister Mark Rutte acknowledged that the building, however steeped in history and splendour it is, is just a building, a concrete structure that is meant to house the lofty ambitions for world peace.

“This building,” Rutte said, “however beautiful and impressive it may be, is ultimately no more than a collection of bricks, furniture and works of art.”

He noted that the International Court of Justice and the Permanent Court of Arbitration were housed in the Peace Palace, along with the famous international law library and the Hague Academy of International Law. And according to him, it was these tenants of the palace that contributed to its image as an icon of the “rule of law worldwide”.

Together with the International Criminal Court, these judicial institutions have assisted in forming The Hague’s reputation as a city of peace and justice. And yet it is these very institutions that are implied to be impractical to bring justice and foster reconciliation in Syria when a military solution appears to be pursued with such gusto.

Reports suggest that preparations for an intervention are already underway. And while the United Nations Security Council will be approached, the example of Iraq proves that if so inclined, those who favour the intervention will go ahead anyway.

Dutch Foreign Minister Frans Timmerman insists that despite the technical illegality of a military strike against Syria that does not receive the blessing of the Security Council, something has to be done to censure Al-Assad.

While the Dutch are content to wait for the conclusion of the investigation of a United Nations team before they pronounce their stance on an intervention, the situation in Syria has demonstrated the shortfalls of the institutions of international law of which the UN is a custodian.

Unable to facilitate a peaceful resolution of the conflict and seemingly unwilling to acquiesce to international intervention, the United Nations is in limbo, celebrating peace and justice when it’s contained to palaces in the Netherlands.

And when the politicians, researchers and members of the “law and order industry” had concluded the day’s celebrations and discussions, they vacated the Peace Palace to a square far emptier than it had been that morning. The large group of Syria protesters had gone. But as the afternoon made way for evening, one protester wearing a placard around his neck also carried a message about Syria.

Unlike the noisy group earlier, however, his message argued against the ideologies of international intervention. He sought to warn off the US, the UK and its allies.

Who, though, would be ready to give peace a chance now? DM

Khadija has travelled to the Netherlands to participate in the Influentials Programme at the invitation of the Dutch Ministry of Foreign Affairs and Radio Netherlands Worldwide on the occasion of the centenary of the Palace of Justice. She is enjoying the stroopwafels, but she writes what she likes.

Photo: The Peace Palace, which houses The International Court of Justice, is seen before the World Court’s ruling on Kosovo’s unilateral secession from Serbia, in The Hague July 22, 2010. REUTERS/Jerry Lampen