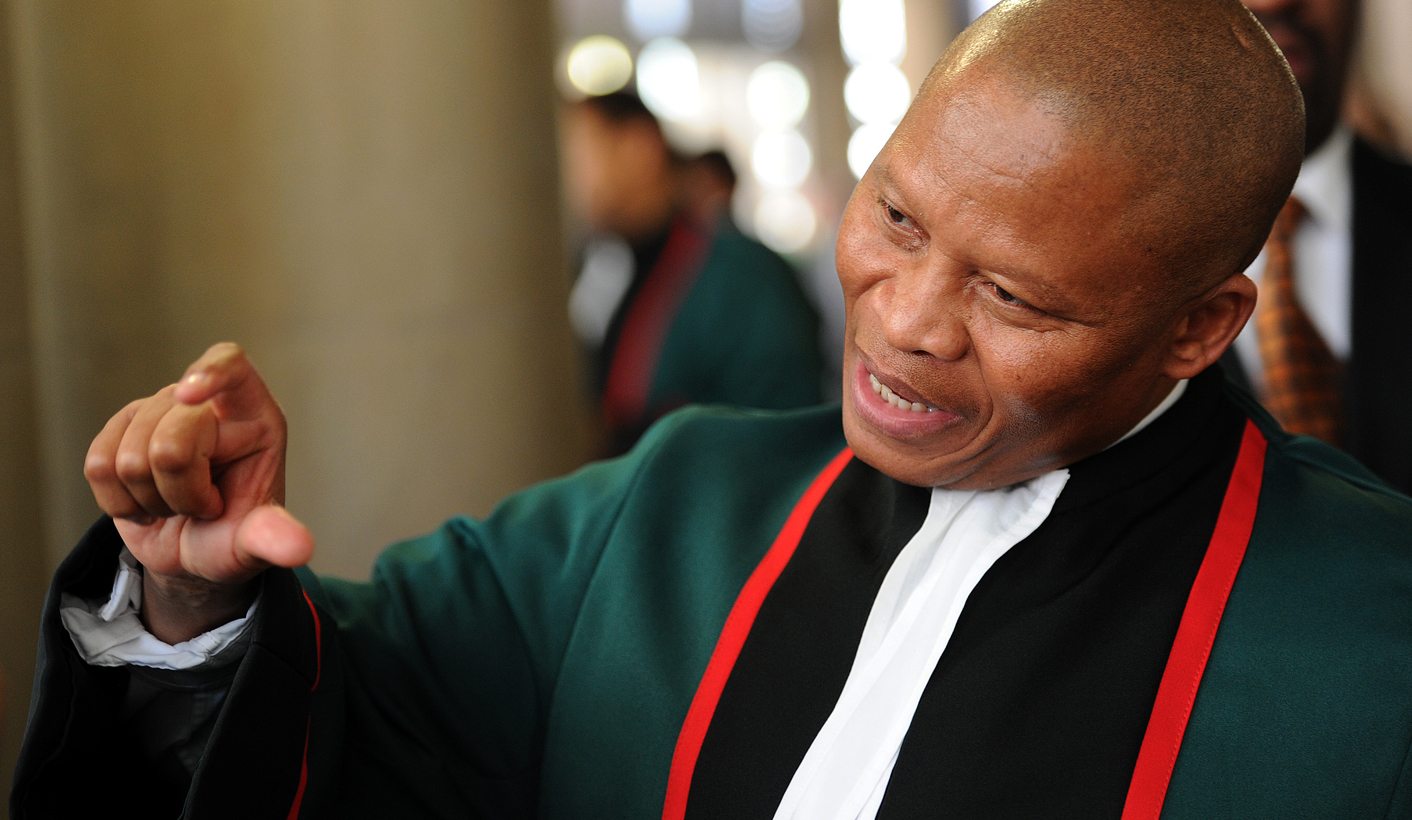 On Tuesday, President Jacob Zuma was conferred with an Honorary Doctorate of Leadership from the Lim Kok Wing University in Malaysia, which he accepted on behalf of all the people of South Africa. (Congratulations to you all.) On the same day, the Constitutional Court of this country was ruling on the Democratic Alliance’s appeal on the scheduling in Parliament of a motion of no confidence debate against the president. The DA lost the appeal but the court compelled Parliament to change its rules to allow such a debate in future. Perhaps at another time, this will come in handy to opposition parties. But it will take a lot more than a change in parliamentary rules to hold the Teflon Man to account for his leadership. By RANJENI MUNUSAMY.

In his acceptance speech after receiving the Honorary Doctorate of Leadership in Malaysia, President Jacob Zuma quoted Dr Tan Sri Lim Kok Wing, the founder of the university which was conferring the award on him.

“Life is about choice. We can choose to just complete a job or set out to do our best. It is better to attempt our best because then we test our limits. In doing this, we learn new things about ourselves and very often the work we produce will turn out to be outstanding.”

The irony of the highest court having to rule on a case about the right to vote him out of office for being a bad leader was obviously missed on the president. It is unclear what criteria the university used to decide to confer the award on Zuma or whether it was aware that eight opposition parties wanted the Constitutional Court to allow them to debate a motion of no confidence in the president.

The DA and seven other opposition parties in Parliament had attempted to bring the motion of no confidence before the House for debate last November. The motion was motivated by the Marikana killings, the Nkandlagate scandal, the non-delivery of textbooks to schools in Limpopo and the Eastern Cape, the downgrading of South Africa’s credit rating by two major ratings agencies, the mounting disrespect for our Constitution and judiciary, high unemployment; and the “uncontrollable and rising tide” of corruption in the public service.

The ANC used its majority to block the matter from coming before the House and the Speaker Max Sisulu concluded that because there was no consensus in the programming committee, he could not schedule the debate.

On Friday 16 November 2012, the DA, through its parliamentary leader Lindiwe Mazibuko, took the matter to the Western Cape High Court seeking to compel the Speaker to urgently schedule the debate a vote in the National Assembly before the following Thursday, 22 November when Parliament went into recess. Judge Dennis Davis ruled that the Speaker did not have the residual power under the rules of Parliament to break the deadlock or schedule a debate of a motion of no confidence, acting on his own.

On Tuesday, the Constitutional Court upheld Davis’s ruling that the Speaker did not have the power to schedule a motion of no confidence in the president for debate. However, in a majority judgment written by Deputy Chief Justice Dikgang Moseneke, the court found that the parliamentary rules were unconstitutional as they did not “provide for a political party represented in, or a member of, the National Assembly to enforce the right to exercise the power to have a motion of no confidence in the President scheduled for a debate and voted upon in the National Assembly within a reasonable time, or at all”.

This finding was suspended for a period of six months to allow the National Assembly to “correct the defect”. Five other judges concurred with Moseneke’s judgment, while three judges, including Chief Justice Mogoeng Mogoeng, supported a minority judgment by Judge Chris Jafta that the separation of powers doctrine prevented the court from intervening in matters relating to Parliament.

Both the ANC and the DA, as well as the Speaker, claimed the outcome in the Constitutional Court as a victory for them.

“We hope that this judgment will serve as a strong lesson to the DA that internal parliamentary matters should be left to Parliament’s own determination, not the courts. Parliament should not be controlled through the courts by those with deep pockets to bankroll their frivolous litigations,” the office of the ANC Chief Whip Stone Sizani said.

The ANC said it also welcomed the court’s directive that the rules be reviewed to allow MPs to propose motions and provide for a deadlock breaking mechanism.

The DA said the judgment was a “victory for democracy” as it prevented the ANC from using its majority to bully the opposition. It said the majority judgment “highlighted the importance of a motion of no confidence in the President as an instrument to hold the executive accountable”.

“The Constitutional Court declared that the National Assembly’s Rules ‘may not deny, frustrate, unreasonably delay or postpone the exercise of the right’ to debate a motion of no confidence. It also highlighted that this should be done within a reasonable time as the ‘motion deserves the serious and prompt attention of the responsible committee or committees of the Assembly’,” the DA said. The order to the Parliament to change the rules within six months was “the principle we believed was worth fighting for and we are vindicated in our belief,” the DA said.

Sisulu said the judgment was a victory for Parliament and welcomed the final settlement of this matter by the Constitutional Court. “Members are encouraged to use the review of the Rules process to make meaningful contribution and improve the Rules of the National Assembly rather than resorting to recurrent applications to the courts,” the Speaker said.

The court went on to say that this right is “central to the deliberative, multiparty democracy envisioned in the Constitution.”

“It implicates the values of democracy, transparency, accountability and openness. A motion of this kind is perhaps the most important mechanism that may be employed by Parliament to hold the executive to account, and to interrogate executive performance,” the judgment read.

This is a significant pronouncement by the Constitutional Court as it defines the mechanism by which the president could be held accountable. Up to now, it has been impossible to do so, or even to get a straight answer from Zuma on the many crises besieging his government.

Whether it is the poor performance of the economy, missing school books or the massacre of mineworkers by the police, the answers always lie deeply buried, which task teams or commissions of inquiry have to unearth. Even when it comes to renovations at his private home at Nkandla, the president is unable to provide answers. Accountability remains a moving target when it comes to the Zuma presidency.

Six out of 10 Constitutional Court judges decided that Parliament needs to be empowered to exercise oversight over the executive and that if the president is not able to perform the duties entrusted to him, there should be a mechanism to remove him from office. Four out of the ten judges however were happy to step behind the “separation of powers” shield and not intervene in matters relating to Parliament, even in a case where the rules were unconstitutional. In this case, they were outnumbered by those who felt there needed to be a constitutional safety net to ensure accountability.

“If a motion of no confidence in the President were to succeed, he or she and the incumbent Cabinet must resign. In effect, the people through their elected representatives in the Assembly would end the mandate they bestowed on an incumbent President,” the majority judgment read.

Of course this is all in theory. If the rules are amended timeously in accordance with the court deadline, there could still be a debate in Parliament on a motion of no confidence in the president before next year’s election. The vote, however, would fail going by the current political party representation in the National Assembly.

Considering that the president does not have to attend parliamentary sittings, Zuma would probably be absent in the event of such a debate and allow his party heavy-hitters to fight off the opposition. Even if the opposition parties make compelling arguments for his removal from office, Zuma will no doubt remain unscathed and bounce back as his party’s candidate for president in next year’s election.

The only instrument which can hold Zuma to account is that election. But Zuma is the ultimate political survivor and is bound to be back – carrying his Honorary Doctorate of Leadership and a copy of the amended rules of Parliament. DM