Thuli Madonsela: Maladministration at the top of the Independent Electoral Commission 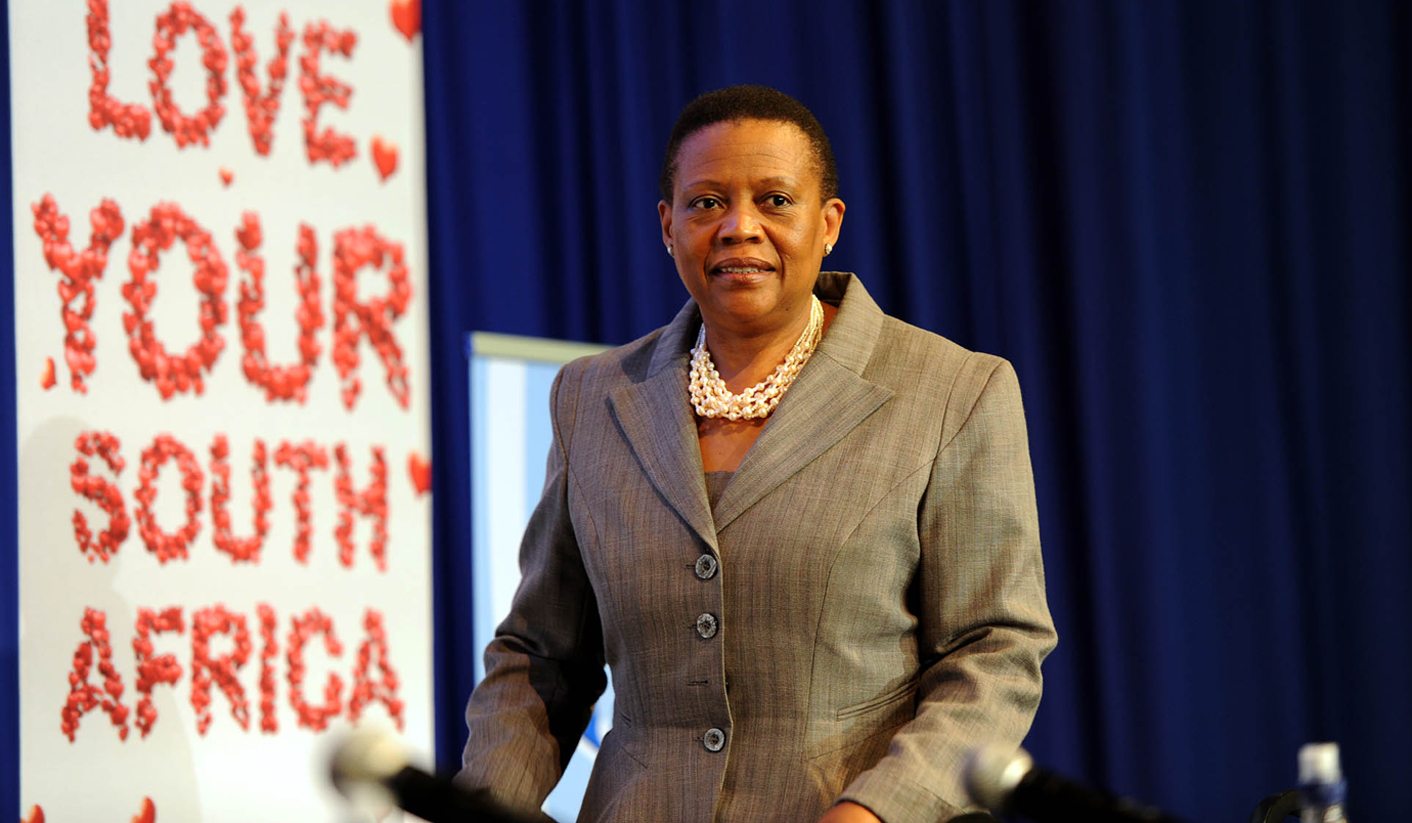 When her business partner was vying to supply the Independent Electoral Commission (IEC) with accommodation, Pansy Tlakula should have immediately recused herself from the process, said Public Protector Thuli Madonsela on Monday. Tlakula did the opposite. A new report shows how the head of the IEC risked its reputation when she was the organisation’s CEO. By GREG NICOLSON.

Everyone knew the IEC needed to leave Walker Street. After occupying the building for almost 13 years, the national office in Sunnyside, Pretoria, had become too small. The bathroom facilities couldn’t cope. Outside space was rented for meetings. Even the hallways were being used as offices. The rent was rapidly increasing. Simply put, the building was a health and safety hazard.

On 12 January 2009, the Commission, which consists of five members who run the country’s elections, decided the IEC would move to Menlyn Corporate Park. Soon to be built, it featured 9,059 square meters at the cost of R110.30 per square meter. It would have 300 covered parking spaces, not far off the N1, near schools and public transport routes.

Advocate Tlakula, then CEO, however, intervened. The decision to move to Menlyn hadn’t followed procurement policies and could cause an auditing problem. Besides, it was “too busy” for the IEC’s needs, she complained. Tlakula, who is now IEC chair, took control of finding a new home for the organisation.

She avoided one problematic move only to now stand accused by the Public Protector of “grossly irregular” procurement in another, characterised by “violation of procurement legislations and prescripts”. Less than a year from a national election, she has “risked the loss of public confidence in the Electoral Commission”, said Madonsela in her report into the IEC’s move to Riverside Office Park.

Tlakula suggested the procurement process start again. This time she would handle it through the executive committee. Before the Commission had even rescinded their decision on Menlyn, she had advertisements in the media calling for requests for proposal. Already the process was flawed; anything over R100,000 is supposed to be advertised for tender. Tlakula stayed heavily involved. As the chairperson of the executive committee and CEO of the institution, she effectively led both the initiation evaluation and adjudication of the bids.

Her team didn’t choose whom to award the contract to, but they submitted two options to the Commission. Menlyn Corporate Park was the first, which had previously been rejected due to the faulty process. Abland (Pty) Ltd’s building in Centurion was the other and it subsequently won the bid after outscoring Menlyn on the key criteria – price, location, square meters, age of building, car parking, access to motorway, proximity to shops and schools, and availability on 1 April 2010.

There were faults throughout the process. According to the Public Protector, apparently there was no set budget for the relocation. The procurement didn’t follow any of the available options and Madonsela found it constituted maladministration. But the organisation also struggled to stick to its own rules. The IEC judged bidders on whether their buildings would be ready by April 2010 but it did not move in to Abland’s Riverside Office Park until September that year, meaning some bidders like Mookoli were unfairly disadvantaged and others may have never applied.

Tlakula’s own failings led to a scathing review from the Public Protector. She is a director of Lehotsa Holdings, whose chairman and co-director is parliament’s standing committee on finance chairman Thaba Mufamadi. He is also the chairman of Manaka Property Investments, the BEE partner and 20% owner of Abland. In the past, Tlakula had introduced Mufamadi to colleagues as her business partner and there were rumours the two were in a romantic relationship. Madonsela concluded that Tlakula failed in her duties by not declaring the conflict of interest and recusing herself from the procurement process.

“During the evaluation of the bids by the executive committee, there was no way in which Tlakula could not have been aware of this fact as the evaluation and the adjudication of the proposals was done by the executive committee which included and was chaired by her,” found Madonsela. “Tlakula only declared her interest in Lehotsa Investments in the Commission’s annual and general declaration of interests forms in compliance with the annual financial disclosure framework which is a standard disclosure of interest form and which did not relate to a specific procurement transaction. This declaration said nothing about her business relationship with Hon Mufamadi. The declaration only covered Lehotsa as a company in which she has shares and not the names of her co-directors or shareholders.”

Tlakula maintains she has done nothing wrong. “How can I be conflicted in a company that I don’t have any interest in?” she asked on radio on Monday. She has a different definition of “conflict of interest”. Because her company did not have a direct interest in the bids and did not profit from awarding the contract to Abland, Tlakula argued the criticism was unfounded. Madonsela countered, “Such argument is in fact a source of concern. It would have been reasonably expected that the chairperson of a body such as the Electoral Commission should understand that things that can undermine objectivity transcend financial interests.” (The report suggests the two clashed regularly and at one point it accuses Tlakula of being “not entirely honest”.)

The money suggests Mufamadi benefited, even if Tlakula did not directly. In addition to being awarded the lucrative contract, Abland was paid millions for providing turnkey services to get the offices ready for use. It also got that contract without going through the necessary tender requirements.

For United Democratic Movement leader Bantu Holomisa, the report was a vindication. Along with anonymous IEC employees, he brought the issue to Madonsela in October 2011. “I’m of the opinion it would be difficult to retain her services. She would just be a liability given the damning report,” Holomisa told Daily Maverick. “The image of the IEC is gone.”

The Democratic Alliance (DA) also has its doubts. Its MP Manny de Freitas wants an urgent meeting with the portfolio committee on home affairs to discuss the matter. In the report, former chairperson and deputy chairperson of the Electoral Commission, Brigalia Bam and Thoko Mpumlwana both raised concerns that South Africa’s lauded institution could be tarnished.

Madonsela has recommended the speaker of Parliament consult the Electoral Committee on what action to take against Tlakula before advising the president on how to act. Parliament, the IEC and President Zuma now need to decide on whether to suspend Tlakula.

Madonsela also wants the Electoral Commission to review and possibly cancel the Abland lease and turnkey agreements and will ask the national treasury’s chief procurement officer to consider a forensic investigation. Signaling that the problems go beyond Tlakula, the Public Protector also suggested other role players in the Commission and IEC executive may need to be disciplined.

The institution responsible for ensuring free and fair elections now faces a deficit of trust. Madonsela titled her report “Inappropriate Moves”. Ahead of the 2014 vote, there’s not much time to move to restore the IEC’s credibility. DM

Photo: Electoral Commission CEO Pansy Tlakula is seen at a news conference at the Results Operations Centre in Pretoria, Monday, 16 May 2011 where she briefed reporters on the IEC’s readiness for the local government elections. Picture: Werner Beukes/SAPA