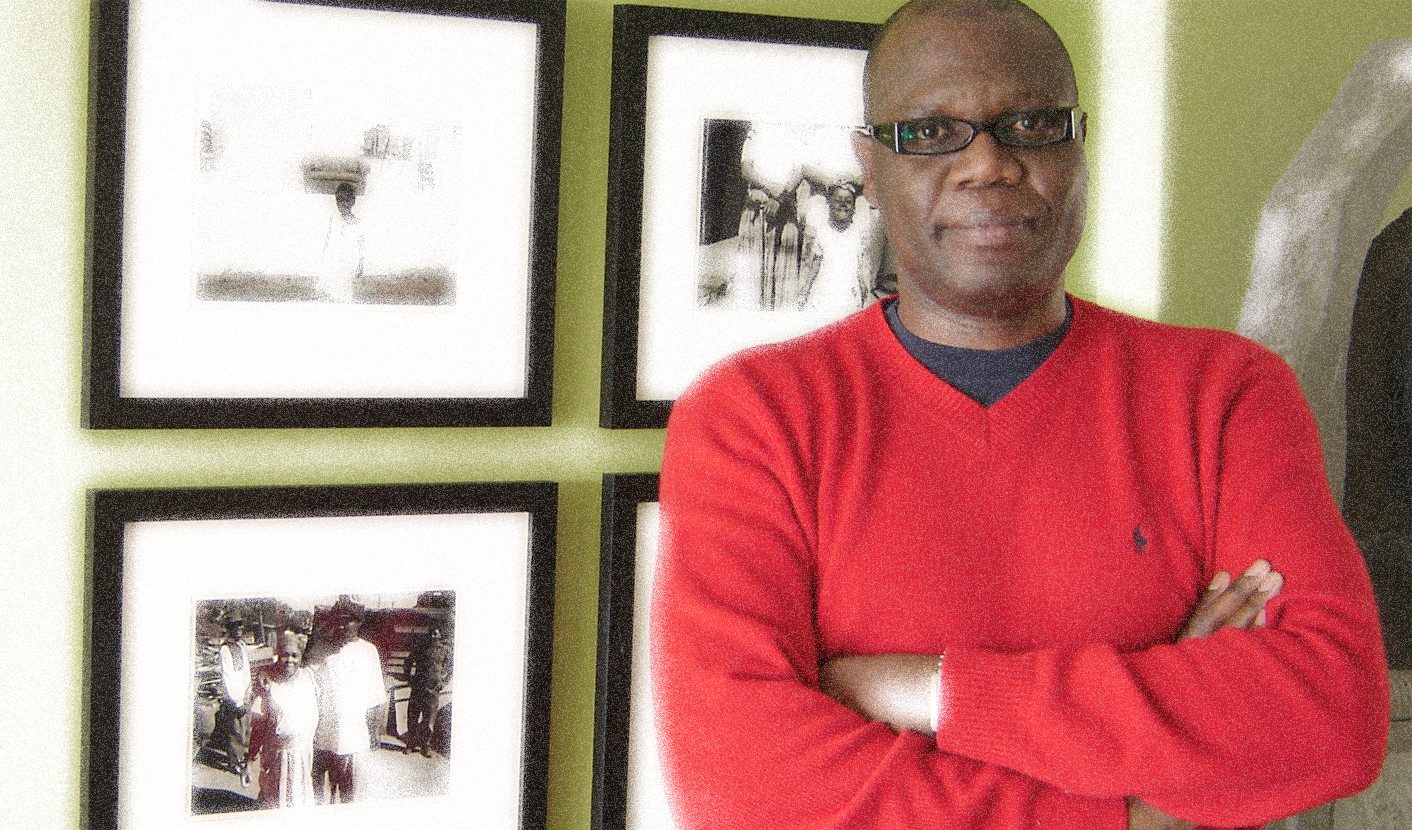 When internationally celebrated artist Zwelethu Mthethwa appeared in court on Monday, charged with the murder of 23-year-old Nokuphila Kumalo, there were no jostling reporters or ANC Women’s League delegations. Mthethwa’s case continues to receive relatively little attention, particularly when compared with the circus that trails Oscar Pistorius. But the crime Mthethwa is accused of is chilling: the alleged beating to death of a woman in public on a Cape Town street. By REBECCA DAVIS.

Zwelethu Mthethwa is best known for large-format portrait photography, although he trained as a painter and pastel artist as well. He has achieved a degree of international recognition that many South African artists pray for. Here’s the New Yorker on Mthethwa, August 2010: “It’s Mthethwa’s presence [in the photographs], implicit yet keenly felt, that turns what could have been dry ethnographic documents into images full of warmth and wit”. In the same year, the New York Times writes that his work “provides a refreshingly intimate look at South African life”.

Mthethwa’s work has been exhibited in New York, Spain and London. Deutsche Bank named a whole wing of their Frankfurt art gallery after him. His international success has reportedly afforded the former Fulbright scholar an appreciation of life’s finer things. In a fascinating Mail & Guardian profile last week, Sean O’Toole described Mthethwa as a “dandy known for his luxurious tastes”. In the same profile, artist Beezy Bailey recounted how he and Mthethwa fell out in January this year, after Bailey posted a photograph of Mthethwa’s new Porsche on Facebook.

Since June 2013, press coverage of Mthethwa has not been on the subject of upcoming exhibitions or art prizes. Instead, it has dwelt on the shocking possibility that the 52-year-old artist may have driven to the Cape Town suburb of Woodstock at about 2am on the night of 14 April and beaten and kicked a young woman to death. Mthethwa was reportedly both captured on CCTV and identified by an eyewitness.

City Press, one of the few news outlets to follow the story closely from the time it broke, reported in June that the woman in question was a 23-year-old Gugulethu resident called Nokuphila Kumalo. She is thought to have been a sex worker. The gap in time between the murder and the media’s reporting on it is apparently attributable to the fact that Mthethwa went overseas, and hence was only arrested on 5 May, after his return. Die Burger reportedly received a tip-off about the case thereafter.

Mthethwa’s first court appearance was on 6 May, when he was released on bail of R100,000, despite allegedly saying he could afford only R50,000. On Monday, he had his second court appointment, which was brief. His case was remanded until 10 October, when it will apparently be heard in the regional court. One of Cape Town’s top criminal lawyers, William Booth, is representing Mthethwa.

Speaking to Daily Maverick after Mthethwa’s court date on Monday, Booth said they weren’t yet sure why the case would be heard in the regional court rather than the high court.

Mthethwa has not spoken to the media since his arrest. Mark Read, director of Mthethwa’s Johannesburg gallery, told the Cape Times shortly after the news broke that “He seemed to think that everything would turn out all right”. Associates of Mthethwa who saw him after the alleged murder told City Press that they “saw no signs of anything unusual or stressed about his behaviour”. There are those who find the idea of Mthethwa’s involvement so unlikely that they speculate mistaken identity, or a set-up, may be behind his arrest.

Other accounts paint a different story. Beezy Bailey told the M&G that Mthethwa had a “fuse the length of a centimetre”. Mthethwa’s ex-wife Bongi Bengu, to whom Mthethwa was married for just two years in the 90s, refused to discuss him. “Variously described as ‘charismatic’, ‘amicable’, ‘warm’ and an influential enabler, he is just as often characterised as ‘intransigent’ and bad-tempered,” wrote O’Toole.

Booth says that Mthethwa is feeling the heat. “With him, as with anyone who’s never been in trouble before, it’s quite hectic. And more so if you are a public figure. Many people appear in court and no one knows about it. With him you have the added pressure that so many people know about it.”

The toll on Mthethwa can’t help but be professional as well as emotional, Booth says. “It has to affect his career. People don’t know all the facts but draw all kinds of conclusions. He’s a man who travels the world, and people will read about it.”

Outside the Cape Magistrate’s Court on Monday, however, a small group of protestors made it clear that their sympathies were with the murder victim and not the man accused of her death. Representatives from sex worker advocacy groups SWEAT and Sisonke sang songs denouncing Mthethwa and held a banner reading “Human rights for every sex worker”.

Sisonke lobbyist Nosipho Vidima told Daily Maverick that the organization had been trying to investigate whether Kumalo was indeed a sex worker, but hadn’t yet met with success. “It’s difficult because sex workers tend to move around a lot,” Vidima said.

She said that regardless of whether Kumalo was proven to be a sex worker or not, the advocacy groups would be monitoring the case closely out of concern that Mthethwa’s access to money and people of influence might impact on the way he was treated.

“We don’t want to see any special treatment for him,” she said. “The fact that he’s an artist shouldn’t mean anything to the justice system.”

Sisonke expressed concern that the case might already be being “swept under the carpet” because Mthethwa managed to make his court appearance on Monday virtually unseen. Booth denied that Mthethwa was receiving any unusual treatment, however.

“I knew that press could be there [outside the magistrate’s court] so I obviously told him to get there early so we can get out of there early,” Booth said. “There’s no special treatment. Some people just have their cases called early. There was no need for a long court delay because it was just a matter of having the case postponed.”

Exactly why Mthethwa’s case has remained relatively low profile isn’t quite clear. The artist cannot claim even a fraction of the fame of Oscar Pistorius, of course, so the Paralympian’s case was always going to dominate headlines. There are those who will suggest, however, that the identity of Mthethwa’s victim plays a part, that the murder of an unknown potential sex-worker, however brutal, will not grab column inches in the way of a blonde model. This is the unbalanced economy of the news media, where certain lives are still worth more than others.

Art curator Okwui Enwezor once wrote that one reason why Mthethwa refused to photograph his subjects in black and white was because it robbed them of individuality. “It placed them within the status of news items,” Enwezor wrote. Now the artist himself has become that news item. DM