The Ashes: Five talking points, Day 2 at The Oval 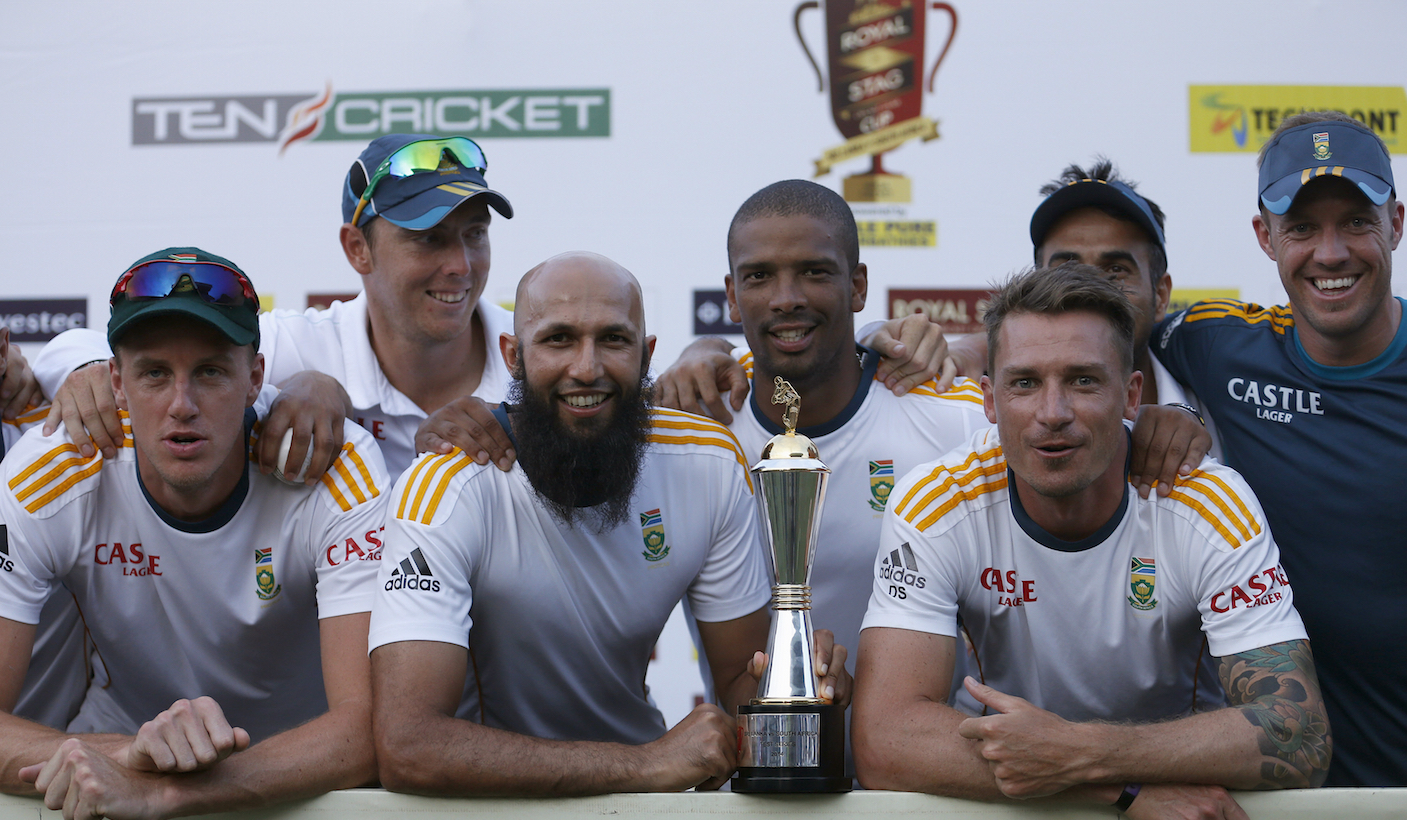 Australia cemented its position in charge of the final Ashes Test at The Oval as Steve Smith scored his maiden Test century. By ANTOINETTE MULLER.

Steve Smith hit his maiden ton, remained unbeaten, and Australia declared on 492-9 on day two of the fifth Ashes Test at The Oval. Some sub-par bowling for England helped Australia along, but credit should be given to the way Smith played. He stuck to basics. Rotating the strike and hitting everything that’s remotely bad to the fence, much like Shane Watson did on day one. England’s openers survived to make it to close of play on 32-0, still 460 runs behind Australia’s first innings total. Despite much of the day being lost to rain, Australia was still very much in charge.

If we were the African News Network, we’d be reporting that Aussie skipper Michelle Clarke must be quite pleased with his (her?) charges. We don’t like to toot our own horn, but luckily we’re better than that. Despite ANN7’s best efforts to promote gender equality in cricket, we’ll stick to bringing you the five big talking points of the day instead.

The proof is in the selection consistency pudding

Steve Smith, he of the wonderful middle name Devereux, is one of the few “junior” players who have had the luxury of being backed by the selectors throughout the Ashes series. He has repaid their faith not only by scoring consistently, but he also brought up his maiden ton on Thursday. Smith has never done anything the traditional way and his hundred was a combination of rotating the strike and picking up boundaries off the bad balls. He brought his ton up with an effervescent six, holed out to long-on. Smith is not the conventional cricketer, but Australia might soon find that he is one of their most dependable. He ended the day unbeaten on 138 off 241 balls – not a bad effort for a player who wasn’t even included in the original Ashes squad. His bowling has taken a backseat in recent years, but it might just be time for him to revive that aspect of his game. Not because Australia need a spinner, but simply because it would give him an extra edge as an “all-round” cricketer.

Barring Kevin Pietersen’s catch to dismiss Shane Watson yesterday and Jonathan Trott’s catch to dismiss James Faulkner on Thursday, they have leaked far too many runs through sloppy fielding. Add to some dodgy fielding the freedom of allowing Australia to rotate the strike almost at will, and England has probably conceded between 20 – 30 runs because of dubious drops and slippery fingers. While it’s unlikely that this Test will go down to a tight finish, if Australia managed a near win on the final day chasing a score, England might rue those runs. Luckily for them, they’ll get away with it this time.

England is absolutely awful at losing

With Australia at 486-8 having scored at over eight runs an over at one stage, scoring 85 for the loss of just two wickets in ten overs, England resorted to stalling tactics again. With 25 overs left in the day, it was clear that Australia was targeting loads of runs as quickly as possible. Michael Clarke, a usually aggressive skipper, insisted on persisting with batting. Australia went after everything, a high-risk approach with a high-reward. England ended every over by inspecting the ball, moaning that it’s wet to the umpires, trying to dry it and generally changing ends as slowly as they possibly could. Coupled with this, every over would start with a lot of chatter, masquerading as field setting. England was just a few foot stompings short of throwing a full-on tantrum. No team wants to lose and England doesn’t need to win, but what is the point of throwing a strop when your back is against the wall? It’s not the first time this series that England has resorted to delaying things and it’s a pity to see. For a side that fancies itself as the best in the world, why does it not show any faith in its ability?

And on that note, England’s overrate has been dire

Both at Old Trafford and now at The Oval, England’s overrate has been woefully poor. They were pottering along at around 11 overs an hour in London on Thursday. The required minimum overrate is 15 overs an hour. An extra half an hour is added on at the end of play to account for anything that might have held up play, an injury, a dead pigeon, bad weather and things like that. One question then remains: why have they not been fined? It is, of course, up to the umpires to do something about overrates on the field, but if they don’t, the match referee should mention it in his report. From there, captains usually get fined or, for repeat offenders, suspended for a game. Nothing has happened to Alastair Cook during this series, though. One has to wonder why not.

Does Alastair Cook still have a weakness to edge through to the slips?

Alastair Cook is usually superbly cool and calm, sometimes even close to an android. It was, however, clear that Australia was trying to get him to drive on day two at The Oval. That’s a plan many sides of used against him as he has a perceived weakness of edging through to the slips. Cook has been out caught four times this series, and every single time it was either through to the keeper or the slips. Before the Ashes, he’d been out caught in ten consecutive innings. Seven out of the ten times he had edged through to either the slip or the keeper and he is particularly vulnerable to that form of dismissal early on in his innings. He was out caught at mid-off once, after he had scored 130 against New Zealand at Leeds and got caught at mid-on in Wellington. Overall he has been out caught 112 times, bowled just 12 times, leg-before 34 times. There’s a clear weakness for the skipper and it seems Australia has got his number. DM