Radebe on commissions: State money only for state employees 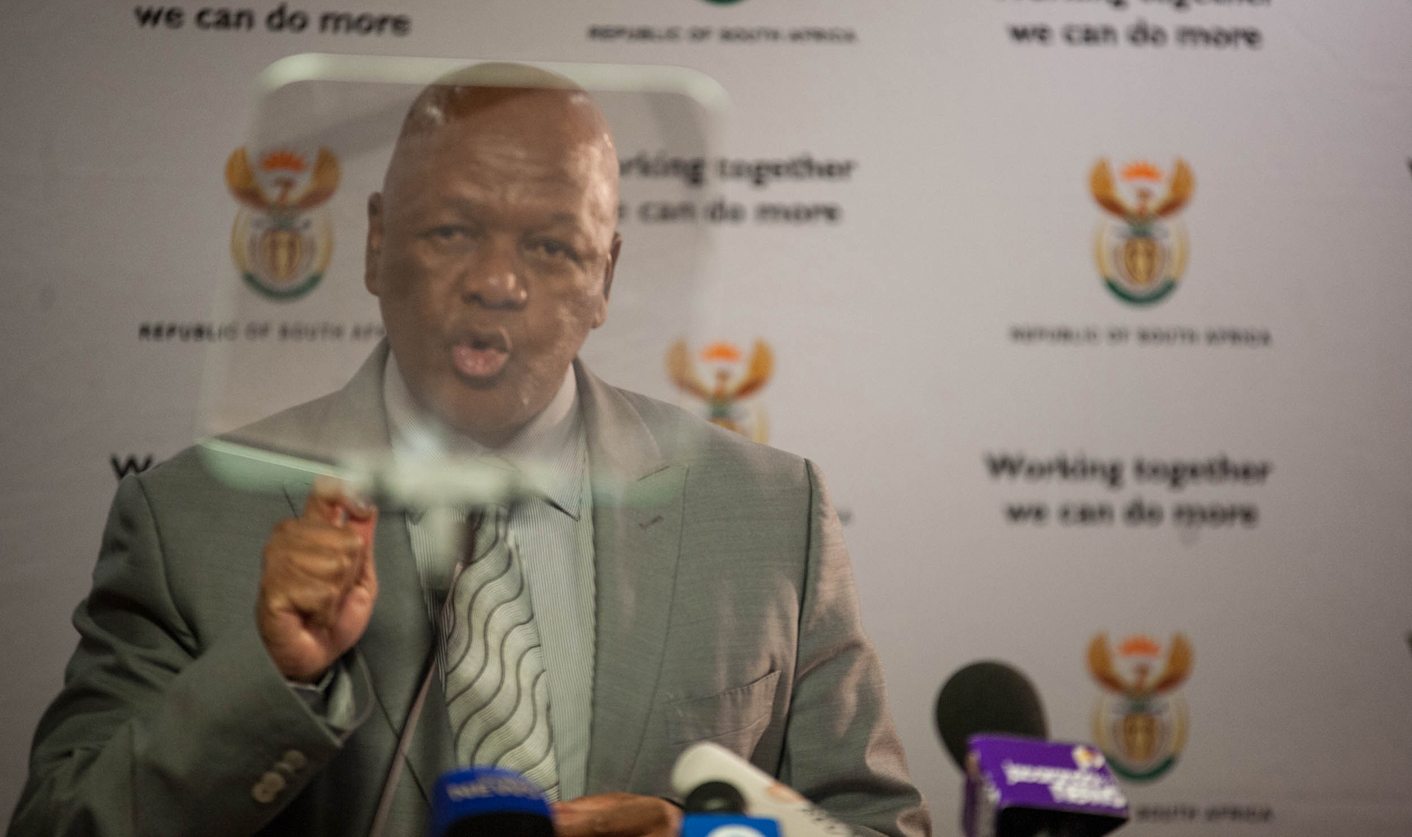 Two commissions investigating two of the country’s biggest controversies are in shambles. On Thursday, justice minister and acting president Jeff Radebe addressed concerns over funding in the Marikana and Arms Procurement commissions of inquiry. Money is in short supply, he said. It looks like the same will happen to the truth. By GREG NICOLSON.

The Marikana Commission is hamstrung as advocate Dali Mpofu’s legal team for 270 injured and arrested mineworkers seek funding. Just days after starting, the Arms Procurement Commission is already being criticised and Former President Thabo Mbeki’s legal team has withdrawn after a dispute over funding.

Jeff Radebe felt compelled to step into the public debate on Thursday. Both commissions were established outside of the budgeting cycle and are being covered by the department’s already reduced existing budget, he said. On Marikana, he explained the State Attorney Act does not allow the department to pay for legal teams of those who are not state employees.

Legal Aid South Africa (LASA) faces budget constraints and denied Mpofu’s legal team funding after it “applied itself fully and rationally” while looking at its policy that does not make provision to fund expenses at commissions, said Radebe. LASA is funding the lawyers of the dead mineworkers because they lost breadwinners and need to understand the proceedings in case civil liability claims arise.

The police and Department of Mineral Resources are funding their own legal teams from their own budgets, he said. The SAPS is said to have spent R7-million on its legal team including seven advocates.

Mpofu slammed Radebe’s suggestion the mineworkers be represented by the commission’s evidence leaders. “If one party has seven advocates and the other party has zero how are you going to get the truth?” he asked on Talk Radio 702. “If evidence leaders are to represent parties, that can’t apply to people because they are poor. That must apply to everyone… The issue is do you want the truth or don’t you want the truth?”

The Marikana Support Campaign issued an open letter on Tuesday demanding government pay Mpofu’s legal bill. It was signed by over 40 well-known members of the media, civil society, the arts, labour and politics. “Without legal representation for the injured miners, there can be no level playing field. Should the hearings continue without the participation of the legal teams representing the victims it would be a travesty of justice,” it read. Rumours an anonymous donor will fund the lawyers are yet to be confirmed.

Speaking at the one-year commemoration of the Marikana Massacre last week, mineworkers were clear they wanted independent representation at the commission. They called for donations and buckets were handed through the crowd. In dealing with their loss, mineworkers spoke of the commission of inquiry as being crucial to finding truth and justice. The state’s latest move to suggest they don’t need independent counsel is likely to further their mistrust.

Democratic Alliance (DA) parliamentary leader Lindiwe Mazibuko called Radebe’s decision a “slap in the face of the mineworkers”. “The fact that the government claims that it cannot find funds to assist the Marikana mineworkers in getting proper legal representation is reason enough for both the minister and President Zuma to hang their heads in shame,” she said Thursday. Mazibuko said evidence leaders are tasked with extracting evidence and cannot replace legal representation.

In the Arms Procurement Commission, headed by judge Willie Seriti, it’s the cost of Mbeki’s lawyers that has caused a stir. The state wants to save money and have all state officials, current and former, represented by a single legal team, said Radebe. Ronnie Kasrils, Mosiuoa Lekota, Alec Erwin, Trevor Manuel and Mbeki will all need to appear. Using one state legal team avoids multiple voices looking at what “was a single procurement transaction by government through Cabinet, and its successors in title, acting as a single entity,” Radebe concluded.

“Naturally there may be those who wish to be provided with private legal representation outside of or in addition to the state attorney team. This is perfectly permissible in terms of the regulations, however under these circumstances, the costs for such legal representation shall be borne by the person requesting such additional support,” he added.

The former president’s spokesperson Mukoni Rashitanga was with Mbeki at Zimbabwean President Robert Mugabe’s inauguration ceremony on Thursday and would not comment on the matter until he had time to look at Radebe’s comments. Mbeki will have to appear at the commission next year whether he decides to have his own legal team or not.

But arms deal activist Terry Crawford-Browne told Daily Maverick the Seriti Commission has so far “confounded my worst expectations”. He sees the issue of legal fees as yet another way the state plans to drag out the inquiry while exhausting its critics legally and financially. Those in charge of the commission were deployed to destroy its chances of finding the truth, he said. “I don’t think so,” Crawford-Browne responded when asked whether it can salvage any legitimacy. He is, however, speaking with his lawyers to look at how to improve the process.

The Arms Procurement Commission and the Marikana Commission were supposedly established to shine a light on issues of grave importance. Finding the truth, however, seems unlikely, as the state can’t find the money to support the Marikana legal team or the skills to overcome the simplest administrative tasks in Seriti’s commission. DM