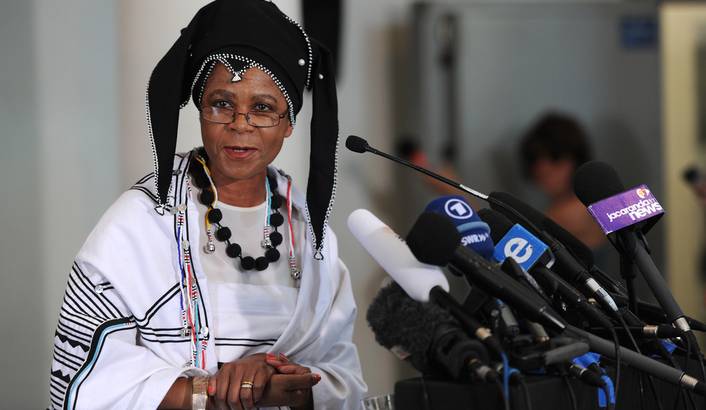 President Jacob Zuma’s lawyers will apply for leave to appeal a North Gauteng High Court decision that compelled them to hand over the controversial spy tapes that led to the dismissal of corruption charges against him in 2009 to the Democratic Alliance. “We are advised by our lawyers that their grounds for this appeal are flimsy and it remains unclear on what basis they can appeal at all. This can be therefore interpreted as nothing more than a delaying tactic, at the taxpayer’s expense, to prevent this crucial information from being made public,” said chairman of the DA federal executive, James Selfe. He said the party would “vigorously” oppose the application and fight the case “for as long as it takes and whatever it costs…”

South Africa faces a wave of strikes across leading sectors of the economy as the labour unrest threatened to hit the struggling gold industry, already squeezed by rising costs and falling bullion prices. The National Union of Mineworkers (NUM) has announced said its members in the construction sector would down tools from Monday. The union said it was also consulting its membership on a strike in the gold industry, which could start next week following an impasse in salary talks with mining companies. “We trust that working together, all parties will cooperate and see value in promoting lasting labour peace in our crucial mining sector,” President Jacob Zuma said at a gathering of the 85,000-member Sactwu textile workers’ union, which is also considering a strike.

ZUMA, RADEBE SHOULD ‘HANG THEIR HEADS IN SHAME’ OVER MINERS

Government’s refusal to fund the legal fees of miners injured during the Marikana massacre is a “slap in the face” for mineworkers, says Democratic Alliance parliamentary leader, Lindiwe Mazibuko. President Jacob Zuma and justice minister Jeff Radebe should “hang their heads in shame”, Mazibuko said. “Denying the mineworkers’ right to legal representation is not only unfair, but could threaten the credibility of the findings of a commission…” she said. Radebe announced that evidence leaders at the Farlam Commission of inquiry into the massacre in which police killed 34 miners would suffice for the miners. Lonmin and the police both have teams of lawyers representing them at the commission.

The ANC has labelled AgangSA leader Mamphela Ramphele’s disclosure of her personal wealth a “show off stunt”. Spokesman Jackson Mthembu was reacting to Ramphele’s call for President Jacob Zuma to be open about his financial interests. Mthembu said South Africa’s challenges needed dedicated men and women to work to eradicate poverty “not politics of personality and flaunting one`s personal wealth in the face of our people”. The presidency responded to Ramphele’s challenge by saying Zuma submits his disclosure annually to the Secretary of Cabinet as required by the Constitution of 1996 and the Executive Members Ethics Act, 1998.

The ANC says DA MP Dianne Kohler-Barnard has violated her oath of confidentiality during the recent ethics committee hearings into the former minister of communications, Dina Pule. “It has come to our attention that Ms Kohler-Barnard violated her oath to confidentiality and the ethical code of conduct by disclosing sensitive information to her friends on social media during the course of the hearing on the former minister of communications,” ANC chief whip Stone Sizani said in a statement. Sizani referred to a story published in The Post by one of Kohler-Barnard’s Facebook friends that claimed the party’s police spokeswoman  “regularly posted updates on the proceedings of the hearing”. Sizani has asked the speaker to investigate.

KwaZulu-Natal premier Dr Zweli Mkhize has resigned his position to concentrate full time on being treasurer-general for the ANC. Spokesman Jackson Mthembu said Mkhize had been juggling the two roles since he was elected to the top six at the party’s elective conference in Mangaung in December. Mthembu said each job had “immense responsibilities” that placed a strain on Mkhize and that he would now be able to focus on “the political guidance of our structures, the daily operations of the organisation, and during this period, leading and resourcing the elections campaign of the African National Congress.”

General secretary of the South African Communist Party, Blade Nzimande, warned trade unions wanting to leave Cosatu that they would have to deal with the communist party first. Nzimande told members of the Police and Prisons Civil Rights Union political school “Those who are threatening to walk out, they will first have to open this red door,” Sapa reported Nzimande saying.  “Those who are planning to do so, they are part of the enemy that wants to destroy our revolution,” he said. The powerful National Union of Metalworkers of SA has expressed it lack of confidence in Cosatu president Sidumo Dlamini following the suspension of general secretary Zwelinzima Vavi.

A decision to set up a joint operational unit to tackle Cape Town’s spiralling drugs and gangsterism problems has been welcomed by police minister Nathi Mthethwa and Cape Town mayor Patricia de Lille. “We want to ensure that we work with whoever wants to work to fight crime,” said Mthethwa, who acknowledged the deep-seated roots of the city’s problem with gangs. Mthethwa attended a meeting with premier Helen Zille and De Lille in which they agreed that the provincial government, the city’s metro police and the national police should to work together. Mthethwa said deploying the army would not solve the problem of gang violence. DM