The Ashes: Five talking points, Day One at the Oval 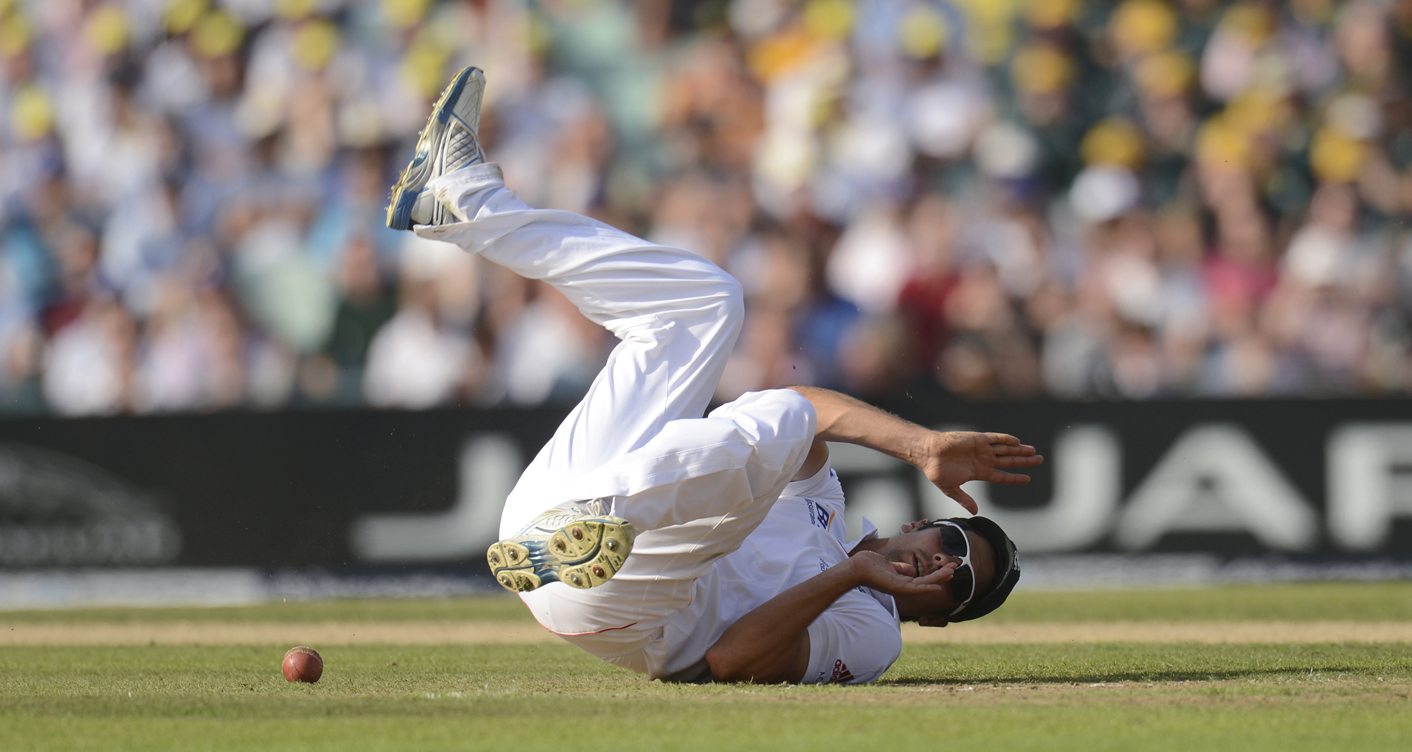 Australia is in control after the first day of the dead-rubber Test at The Oval. Shane Watson and Steve Smith starred for the Australians while England’s bowlers once again fell flat on their faces in the face of a dead pitch. ANTOINETTE MULLER picks five talking points from the first day.

Australia won the toss and elected to bat first at a sun-kissed Oval in London on Wednesday. Everybody yawned and expected more of the same, but the unfathomable happened instead. Shane Watson not only scored a hundred, but also managed to use a review properly.

England was under par and opted to field two rookies, but their bowlers once again looked out of breath on a flat deck. There was some swing and seam here and there, but it was a largely unimpressive effort.

Watson was well-supported by Steve Smith as the two put on a 145-run partnership to put Australia in control and take them past 300 for only the second time this tour, and only the fourth time this year. There was plenty to talk about, with many of the same themes from throughout the series recurring. We’ve picked five of the stand-out points.

Shane Watson and his shackles

Not only did Shane Watson manage to score a hundred, he also managed to get a review right. Over the past week, he’s been working with captain Michael Clarke on his weakness to get out leg-before. It seems to have worked, for now. Watson’s woes were, or are, a mixture of technical weaknesses which creep in when he is under pressure. That’s a volatile combination. Not being able to trust in your own ability because you know you have a technical flaw somewhere has marred him for a long time. It’s premature to say whether he has or hasn’t broken the shackles of his troubles, but he certainly looked the part. All the odd knocks he has played throughout the tournament have been good, and when he gets driving on one knee, Watson does look superb. He was eventually dismissed thanks to a sublime catch by Kevin Pietersen, but there can be little criticism of the way he played all day. How he follows up form that will be the acid test.

Damned if you do, damned if you don’t. England shook the cricketing world when they selected not one, but two rookie bowlers for the final Ashes Test. Chris Woakes and Simon Kerrigan came into the side for the injured Tim Bresnan and the out-of-form Jonny Bairstow. Woakes’ selection ahead of Steven Finn is the most curious option. Finn was dropped from the squad for the fourth Test after a dubious outing in the first one, but he was brought back for The Oval. While Finn can be erratic, why England did not persist with an experienced campaigner is quite baffling. There is nothing wrong with blooding rookies, but to do it at the risk of beating a team 4-0 is either downright stupid or shows that England thinks more of its first-class cricketers than it should.

Alastair Cook cannot go a single day without his captaincy being questioned. On Wednesday his field settings were, once again, quite negative. With far too many fielders out on the boundary, allowed simple singles, Cook restricted his bowlers’ ability to bowl according to their plans. While Chris Rogers continued to be Graeme Swann’s bunny, David Warner continued to work towards a driving ban and Michael Clarke was assaulted by the quicks, Shane Watson was allowed to get away. There might not have been much wrong with his plans if it got the skipper a few prize scalps early on, but there still seems to be no killing instinct to go with this English team. The Cook captaincy debate will rage on for as long as he remains in that role, or until he does something odd like declare while England is still behind.

Is it time to accept Steve Smith as a Test player?

Only Michael Clarke has gone past 50 more times this year than Steve Smith. During The Ashes, much has been said about Smith’s ability (or lack thereof) as a batsman. Many have said that he is not a Test player. Yet, Smith has so often been a far better player technically than many of his teammates. He might not be completely traditional and does have a thing to go slogging when the spinners are on, but Smith has shown that he can play some solid knocks. It might very well be time to abandon thoughts of convention and accept that Smith is worthy of far more praise than what’s been coming to him.

Is the pressure getting to Michael Clarke?

Barring his 187 at Manchester and a scratchy 51 at Lord’s, Michael Clarke has seemed a shadow of the batting prowess of the last 12 months. The pressure of trying to get players who aren’t as good as him to perform at least to some level of competency might be starting to take its toll. One player can only do so much, and if it is a case of being overwhelmed, nobody can blame Clarke. There is also still that cursed question of whether he even should be batting number four. The only problem with the current line-up is that there is nobody else to take that batting spot. For now, Clarke doesn’t have a choice other than taking more responsibility. Australia will be gritting its teeth in the hope that he doesn’t crack.

Day one close of play summary