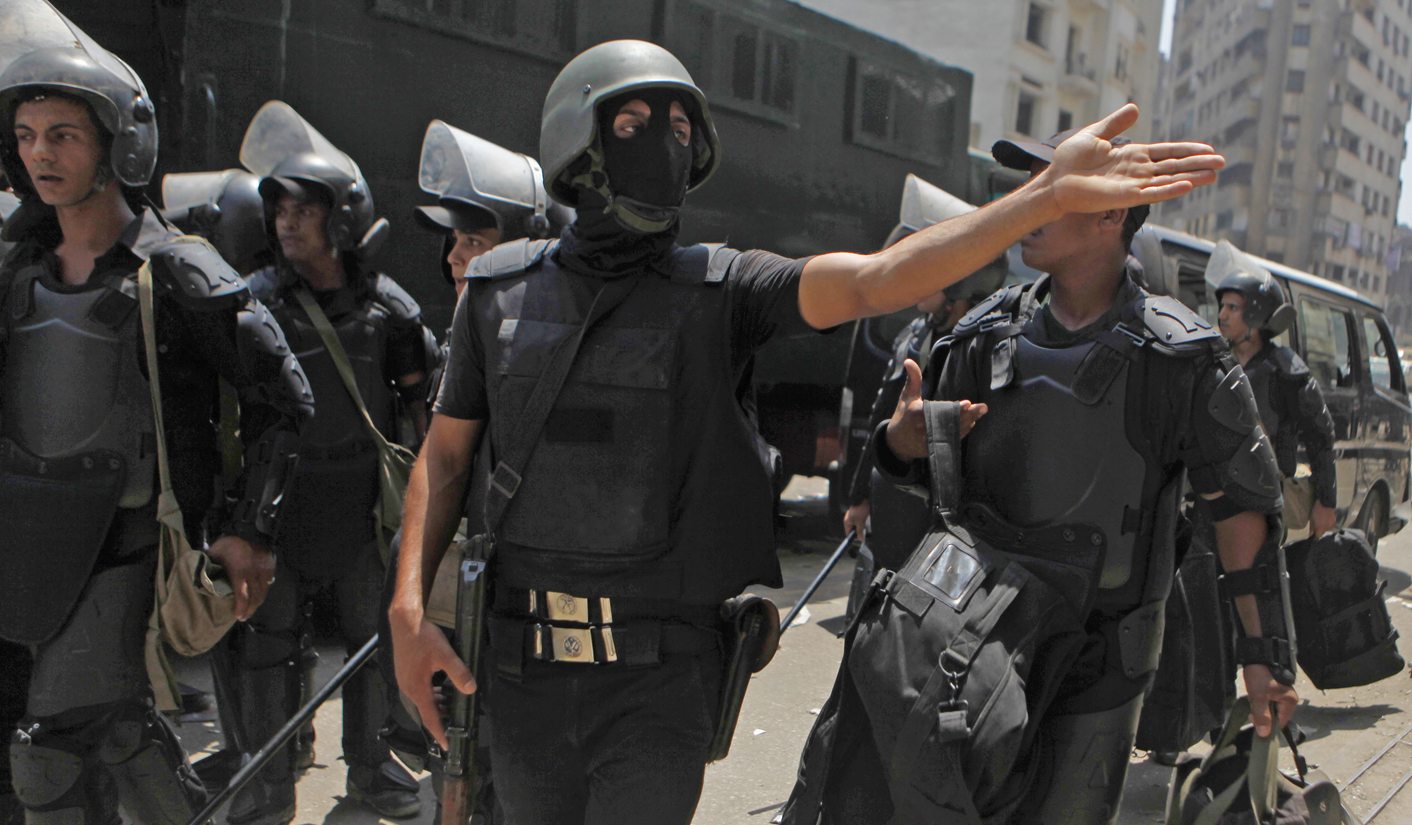 International diplomacy in 2013: instead of rapiers at dawn, it’s a duel of public statements between two of Africa’s powerhouses. By KHADIJA PATEL.

Last Saturday, the Egyptian Foreign Ministry, intent on quashing any inkling of international dissent against the current turmoil in Egypt, had stern words for South Africa.

“The Foreign Ministry is surprised South Africa is trying to export its failed reconciliation process that hasn’t achieved real coexistence or [realised the] basic needs of its people, who suffer some of highest world rates of crime, corruption, poverty, unemployment and epidemics,” the Egyptians said.

They accuse South Africa of “falsifying facts on the situation in Egypt and providing a false version of events [in Egypt] from June 30 until now”. The Egyptians also refer to South Africa as a “one-party democracy” interfering in the internal affairs of another sovereign state.

“It is better befitting of Pretoria to heed to their internal affairs and respect the rights of its citizens before interfering in the affairs of others.”

That statement, released on Saturday, was not the first dig the Egyptian foreign ministry has had at South Africa in recent weeks.

Earlier this month, the foreign ministry released a statement saying it felt insulted at South Africa’s characterisation of its political upheaval as a coup. And while that statement was still sufficiently tempered with the diplomacy required of cordial international relations, a subsequent statement effectively told the South African government to consider its own actions in Marikana before admonishing others about heavy-handed crowd control.

“It would be better for the South African government to restore the rights of miners have who practiced against extreme repression, rather than interference in the internal affairs of an African country with the size and history of Egypt,” the statement read.

With the first anniversary of the Marikana massacre looming large at the time, such a reference hit a raw nerve. To use a South Africanism, the Egyptians were touching us on our studio.

But as conditions in Egypt have considerably worsened since then, the loss of life escalated and sectarian tensions flaring precariously, the most recent statement from the Foreign Ministry abandoned all attempts at cordiality.

The Egyptian Foreign Ministry refers to the anniversary of the Marikana massacre as a commemoration of an event where ordinary mine workers who were demanding their rights were shot dead by South African security forces. Further, the Egyptian Foreign Ministry alleges that the “effects of this massacre are still freshly visible because of the failure of the authorities to hold the perpetrators accountable, raising questions about the ruling one-party democracy in South Africa.”

While Independent Newspapers reported on Sunday that the Foreign Ministry statement was in response to an overture from Archbishop Emeritus Desmond Tutu and the Elders to mediate between conflicting parties in Egypt, the complete statement explicitly refers to a statement released by the Department of International Relations and Co-Operation (Dirco).

The Egyptian ambassador to South Africa, Dr. Mohammed Zayed, also confirmed to Daily Maverick that his government’s statement was a response to a statement released by Dirco last week.

“It was a counter statement,” he said. “The statement speaks for itself… it is the position of Egypt which reflects the position of the government that is also reflecting the aspiration of the Egyptian people which refuse all sorts of interference and also asking all our friends and peace-loving people to come and side with the Egyptian people and not to side with the forces of intolerance.”

The statement that most offended the Egyptian Foreign Ministry castigated Egyptian authorities for the violence that has plagued the north African country since the ousting of Mohamed Morsi, while also offering the experience of South Africa to assist Egyptians along the path of national reconciliation.

“An Egyptian-led, all-inclusive negotiated process remains the only option for Egypt to get out of the present impasse,” Dirco said in that statement. “South Africa remains ready to assist Egypt by sharing experiences and lessons from our own political transition from Apartheid rule to a democratic dispensation.”

That statement deploring the violent crackdown on protesters was however not the first time South Africa has expressed these feelings about the political upheaval in Egypt.

The ambassador admitted that he’d been summoned to Dirco soon after Morsi’s ousting to hear South Africa’s displeasure at the manner in which Morsi was forced out of power.

“Being the ambassador here of Egypt I will always do my best to bring the two people and the two governments closer.”

And while the African Union (AU) has taken the strongest stance against Egypt, suspending it from the body and labelling the ouster of Morsi an “unconstitutional change of government”, it is South Africa that has earned the ire of Egyptians by consistently referring to the AU’s rule book in calling Egyptian authorities to hasten the return of law and order.

“Most unfortunate is the seemingly visible attempts by the Egyptian authorities to single out South Africa in its criticism, this despite the overwhelming international condemnation of the recent brutal repression of demonstrations by the Egyptian security forces that led to a tragic loss of lives,” Dirco said.

The telling off South Africa has received from current Egyptian administration is similar to the statements made against Turkey and Qatar who have also expressed their displeasure at the political impasse in Egypt (each for their own reasons, of course). During a press conference on Saturday, however, Egypt’s Foreign Minister Nabil Fahmy criticised the international community for its reaction to the crackdown on the anti-coup protests.

“I understand that the situation in Egypt is exceptional. But I refuse double-standards and foreign intervention,” he said.

South Africa has sought to remind Egypt that back at the African Union, Egypt consistently sided against countries that had experienced similarly unconstitutional changes of government. Appealing to the Egyptians to look beyond their borders to help them understand their own problems better, however, appears futile.

And yet International Relations and Cooperation’s Minister, Maite Nkoana-Mashabane, has received a Special Envoy of the Egyptian Interim President, Ambassador Ebrahim Ali Hassan, to whom she outlined South Africa’s position on the current situation in Egypt. According to Dirco, “the Special Envoy expressed satisfaction and appreciation for the detailed explanation espoused by Minister Nkoana-Mashabane”.

South Africa, then, is confused by the harshness of the Egyptian statement.

Certainly, the South African government believed Egypt to be more amenable to its opinions.

In the meantime, the crisis in Egypt continues to worsen. And the Egyptian government says they seek the sympathy of friends, and recognition that the current impasse is an Egyptian problem, quite beyond the realm of influence of anyone else. But as Saudi Arabia voices its readiness to fill the vacuum of suspended aid from the West, it appears the current Egyptian administration, effectively a military junta, will only extend cordiality to those who share their vision for Egypt. DM

Photo: A member of Egypt’s security forces gestures as they take up positions during gunfire and clashes with supporters of deposed Egyptian President Mohamed Mursi at Ramses Square in Cairo August 17, 2013. REUTERS/Amr Abdallah Dalsh