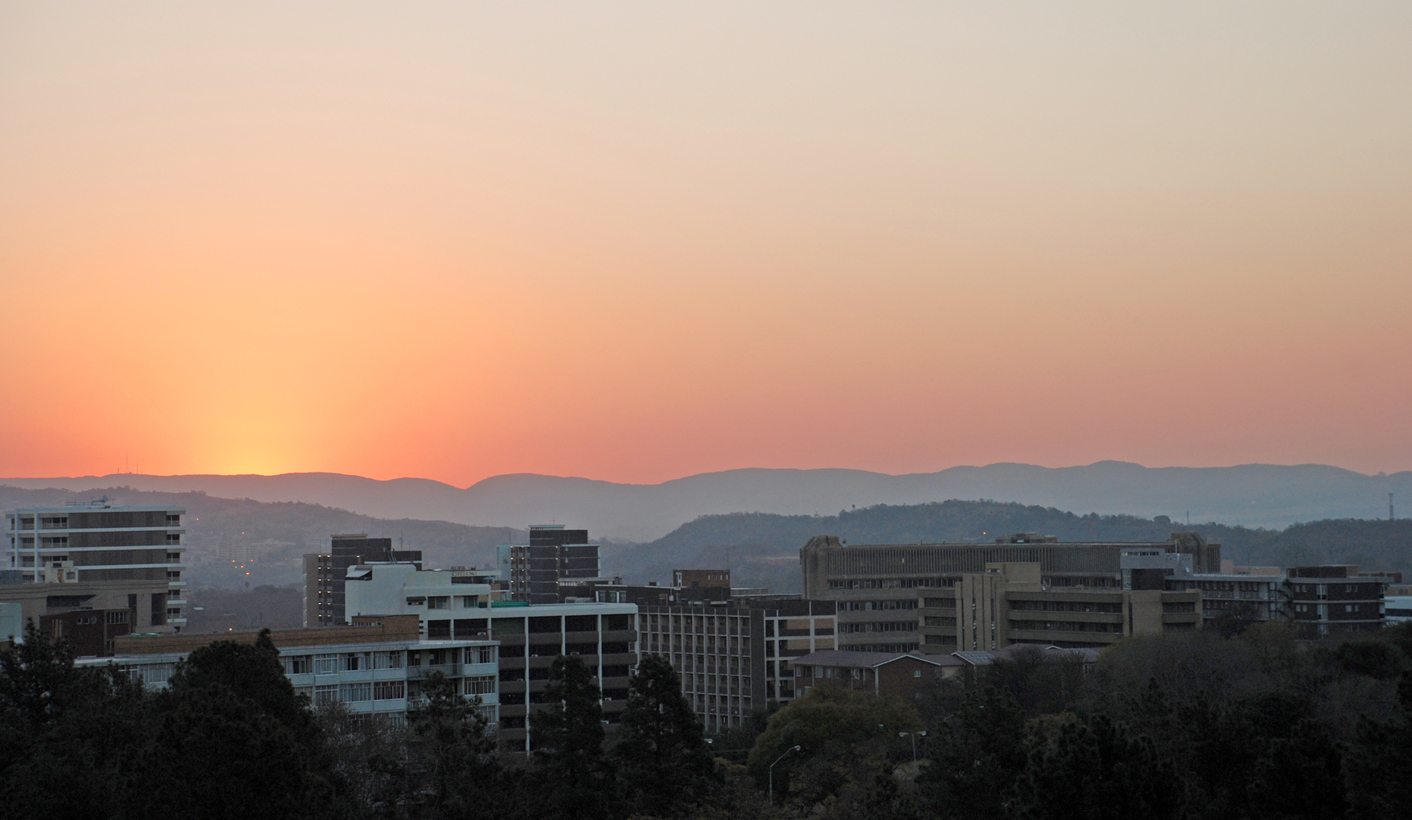 If a new project is rolled out as widely as planned, Tshwane residents may find themselves able to get online while strolling down public roads. Last week, Tshwane became the second municipality in South Africa, after Stellenbosch, to announce that it was rolling out free Wi-Fi for the use of its citizens. While this will initially be restricted to certain sites, the aim is for the entire Tshwane landmass to be Internet connected within the next three years. Those behind the project believe that Internet access has an increasingly indispensable part to play in Africa’s economic development and education. By REBECCA DAVIS.

By the end of November, five areas within the Tshwane municipality should be offering free Wi-Fi. Three of the chosen locations are close to universities or colleges, and the remaining two will cover Mamelodi Community Centre and the centrally located Church Square, chosen because it’s a popular spot for young people. There is an explicit emphasis on connecting the youth: “We are investing in the Tshwane child to broaden their platform of opportunities,” Tshwane mayor Kgosientso Ramakgopa reportedly said at the project’s launch in Centurion.

It’s hoped that the Wi-Fi will be used to gain access to employment opportunities and education, but a secondary aim is also to allow tourists and locals to get online for general information purposes.

In total, 5,000 square metres of land will be covered in this first phase of the project, at an estimated cost of R1-million. The second phase will see Wi-Fi rolled out to all schools in Soshanguve, Mamelodi and Atteridgeville by 31 December 2014 (estimated cost: R50-million). From there, the aim is to have 60% of Tshwane covered by the end of 2015, and the whole landmass hooked up by the end of 2016.

The project is being undertaken by the City of Tshwane in conjunction with an NGO called Project Isizwe (Xhosa for nation, tribe and people), which wants to see free Internet rolled out to Africa. Described as a “citizen-driven initiative to provide free Wi-Fi throughout the continent, giving all Africans the power to access information, education and jobs online”, Isizwe is the brainchild of former Mxit head Alan Knott-Craig Jr. (Disclosure: Knott-Craig is Daily Maverick’s founding investor.)

Isizwe aims to partner with communities, municipalities, tertiary institutions and the private sector in order to make their continental goal a reality. For instance, they’re hoping individuals within communities can help provide technical support; that municipalities can share sites and electricity; that universities will lend access to Internet caches; and that corporates might be willing to sponsor a FIZ (Free Internet Zone).

While Tshwane aims to be the first metro in Africa to roll out free Internet on such a scale, it’s not the first to offer free Wi-Fi. That distinction goes to Stellenbosch, which started providing free access at the beginning of April last year in a project stemming from the amount of unused bandwidth available to Mxit. (Knysna also dabbled in municipal Wi-Fi back in 2006, though it wasn’t free.)

In late July this year, too, the City of Cape Town announced the historic Company Gardens was being trialled as a free public wireless hotspot. The Gardens’ Wi-Fi is intended as a pilot project for coverage which is eventually hoped to be rolled out across Cape Town’s CBD.

As the Daily Maverick noted last year in relation to Stellenbosch’s rollout, the idea of free public Internet is still by no means common internationally. In the US, the Wall Street Journal reported in January this year, many of those who are “web-deprived” tend to rely on getting online at branches of McDonald’s or Starbucks, both of which provide free Internet without making a food purchase a formal requirement.

There are some US cities, like Seattle, which have free Internet access in the centres, or around universities and libraries, as do a number of others worldwide (Italy’s Bologna, for instance, and Finland’s Oulu). New York and Paris offer free Wi-Fi in some parks. Other cities have tried and failed. Portland, Oregon dismantled its Wi-Fi network in 2010 after it was plagued with technical problems. Municipal Wi-Fi projects in Philadelphia, San Francisco and New Orleans were all scrapped in the latter 2000s due to problems with technology, finance or bureaucracy. So cities like Stellenbosch and Tshwane aren’t just keeping up with global developments in this area. Assuming their Wi-Fi projects are sustainable, they’re helping lead the way.

Tshwane mayor Kgosientso Ramakgopa was quoted by Tech Central as saying that an Internet connection could no longer be seen as the province of the privileged. “We no longer think of it as a luxury … but as a commodity like electricity and water,” Ramakgopa said.

Knott-Craig also employed the water analogy in an email explaining the rollout last week. “The Web is like water, except until now there has only been Valpre (3G) and Perrier (ADSL),” he wrote. “No tap water available for those who can’t afford the good stuff.”

This thinking is in step with a global movement which increasingly considers Internet access to be a human right. The UN agrees: in 2012, the body’s Human Rights Council unanimously adopted a motion stating as much. For those who aren’t persuaded by a rights-based argument, though, there is some solid economic evidence pointing to the growing necessity of widespread Internet access. The World Bank has found, for instance, that a 10% increase in a country’s Internet penetration means a GDP growth boost of 1.38%.

The Tshwane Wi-Fi project coincides with a new province-wide emphasis on Internet access as a learning tool. Also last week, Gauteng announced a R396.2-million project to distribute 88,000 Huawei tablets to students starting next year and to equip 2,200 public schools with uncapped Wi-Fi and 3G.

Isizwe hopes that Tshwane is just the beginning. “This is but one milestone on a long winding road,” Knott-Craig summed up. “But for now it feels like a pretty cool piece of news.” DM