Marikana to ANC: We don’t want you anyway 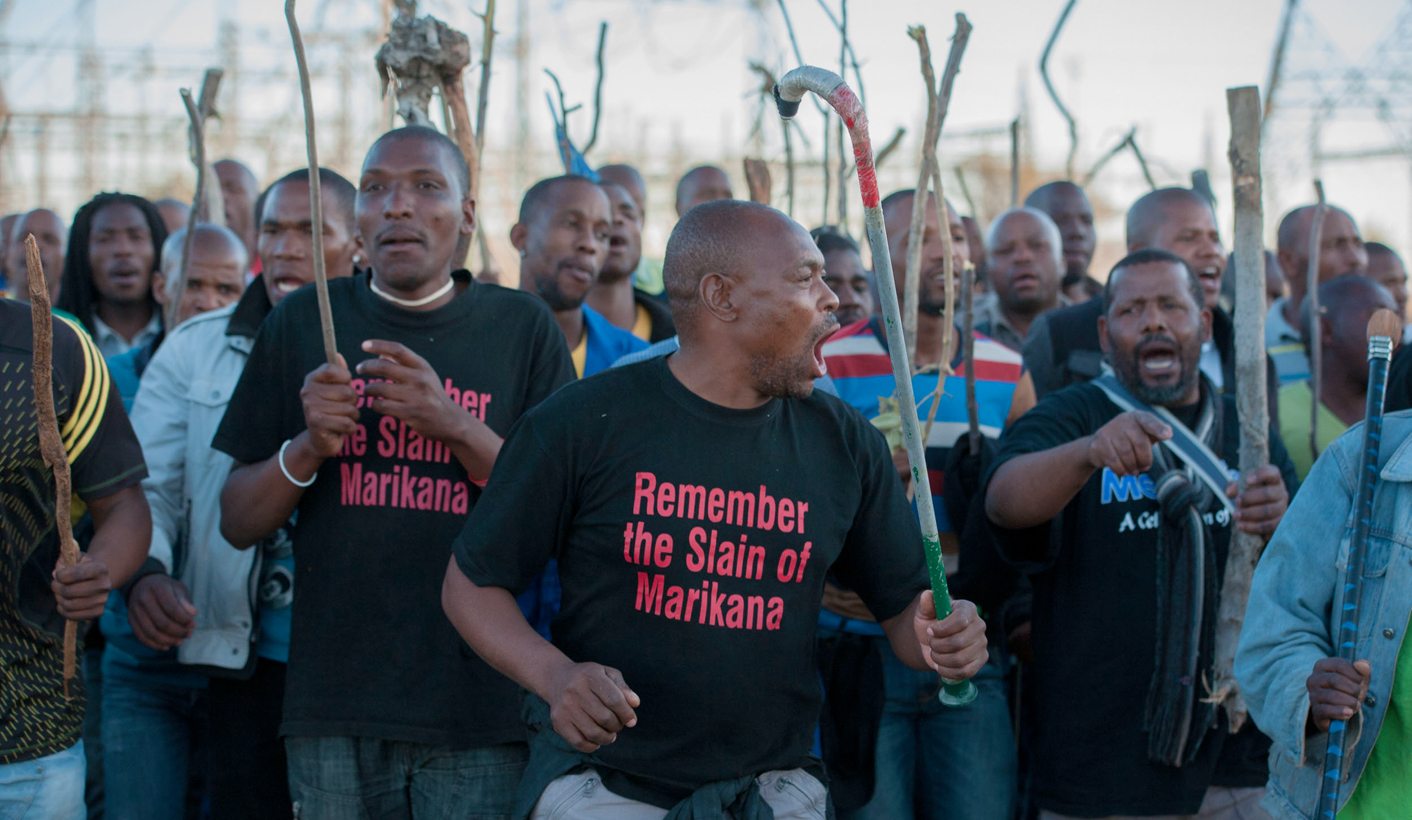 The ANC North West announced on Thursday evening it would not be participating in the commemoration of the Marikana massacre. The snub followed a “firm decision” by the NUM to reject an invitation to address the Marikana community. Both were both angered by rivals EFF and AMCU. But, in reality, Marikana doesn’t want them there anyway. By THAPELO LEKGOWA & GREG NICOLSON.

It might seem odd that no one from provincial ANC will attend the commemoration for South Africa’s biggest massacre in the democratic era, but last night, ANC North West sent a press release announcing it would not attend. The party said it does not recognise the Marikana Support Group, which has been a part of organising the memorial, which it called “illegitimate”.

“The ANC finds it immoral and totally unacceptable that such a traumatic incident could be turning into a political play ground by some political parties who seeks to enhance their political ambitions and interests. We are equally astonished by the permission granted by Lonmin Platinum Mine to this illegitimate structure,” said Kenny Morolong, ANC North West spokesman.

President Jacob Zuma will not be attending because he will be on the way to the SADC summit in Malawi. On Thursday night, deputy president Kgalema Motlanthe’s spokesperson Thabo Masebe said Motlanthe wouldn’t be attending, despite his position as head of the consultative forum set up to address the wide-ranging problems in the mining industry. Several mayors and cabinet ministers are, however, still expected to attend and the VIP Protection unit, in charge of security for the presidency, was reportedly scouting Marikana on Thursday.

NUM’s decision was “based on the fact that there was consensus between the NUM, AMCU, Solidarity, UASA and various other stakeholders including the mining companies that deputy president of the country Kgalema Motlanthe’s office would organise the commemorations. The organisation of these commemorations has since been hijacked by the so-called Marikana Support Group and the programme filled with only opposition political parties,” said NUM spokesperson Lesiba Seshoka.

“The NUM had initially welcomed the gesture shown by the AMCU President in inviting its President to be party to these commemoration to ease tensions. The signing of an exclusive agreement that seeks to marginalise all other trade unions does not only go against the peace accord entered into by the parties but also heightens the perennial tensions that hovers over Marikana. Thus, the good intentions of the AMCU President are muddied by the ‘winner takes all’ agreement and the unilateral hijacking of the commemorations,” Seshoka added.

Strangely, earlier in the week the NUM welcomed the chance to share a platform with AMCU and preach peace to an area that continues to see murders related to union competition. However, both NUM and the ANC made their decision not to participate based on the expected presence of both AMCU and Julius Malema’s Economic Freedom Fighters (EFF). But the truth is the workers don’t want those linked to the Tripartite Alliance, who they still blame, along with police and Lonmin, for the massacre.

Photo: Economic Freedom Fighter leaders Kenny Kunene and Floyd Shivambu meet mineworkers on Marikana’s infamous koppie on the eve of the anniversary of the August 16 massacre.

“How can we get rid of NUM, we hate Zokwane,” workers sang in isiXhosa about the NUM president on the Marikana koppie on Thursday evening as they started preparing for the commemorations.

Rehad Desai, coordinator for what’s actually called the Marikana Support Campaign, responded to the claims the organisation is illegitimate via Twitter. “That’s complete rubbish the marikana support cam has been doing work with lonmin workers since 17 August (the day after the massacre).” He said the event was completely worker driven, with seven families who will be speaking at the event, as well as workers. “We’ve made it very clear everybody is welcome to attend,” he said. Miners were hostile to government and the ANC attending, but believed in opening the event for peace.

Miners also commented on the ANC North West and the NUM decision not to attend. “They have helped us a lot and saved us the trouble of listening to their bullshit,” said one Marikana miner, who wanted to remain anonymous. “I really was wondering why they are being invited when we despise them so much. I hate ANC and NUM. Them declining the invitation shows guilt; they are responsible for the soldiers we lost.”

A Lonmin miner from K3, Mthethwa Sobopha, added, “We are disappointed that the ANC nor NUM are not willing to join us in this commemoration. We were looking forward to joining hands with the comrades and showing that there is peace and co-existence. As for the ANC, we are highly disappointed because this is the organisation we voted forever since we where able to vote and today they see us as illegitimate. It is painful, I must say.” DM

Main photo: Mineworkers wear “remember the slain of Marikana t-shirts” on the eve of the one year anniversary of the Marikana Massacre. Photo by Greg Nicolson