Marking the anniversary of two mining massacres: So much remains the same 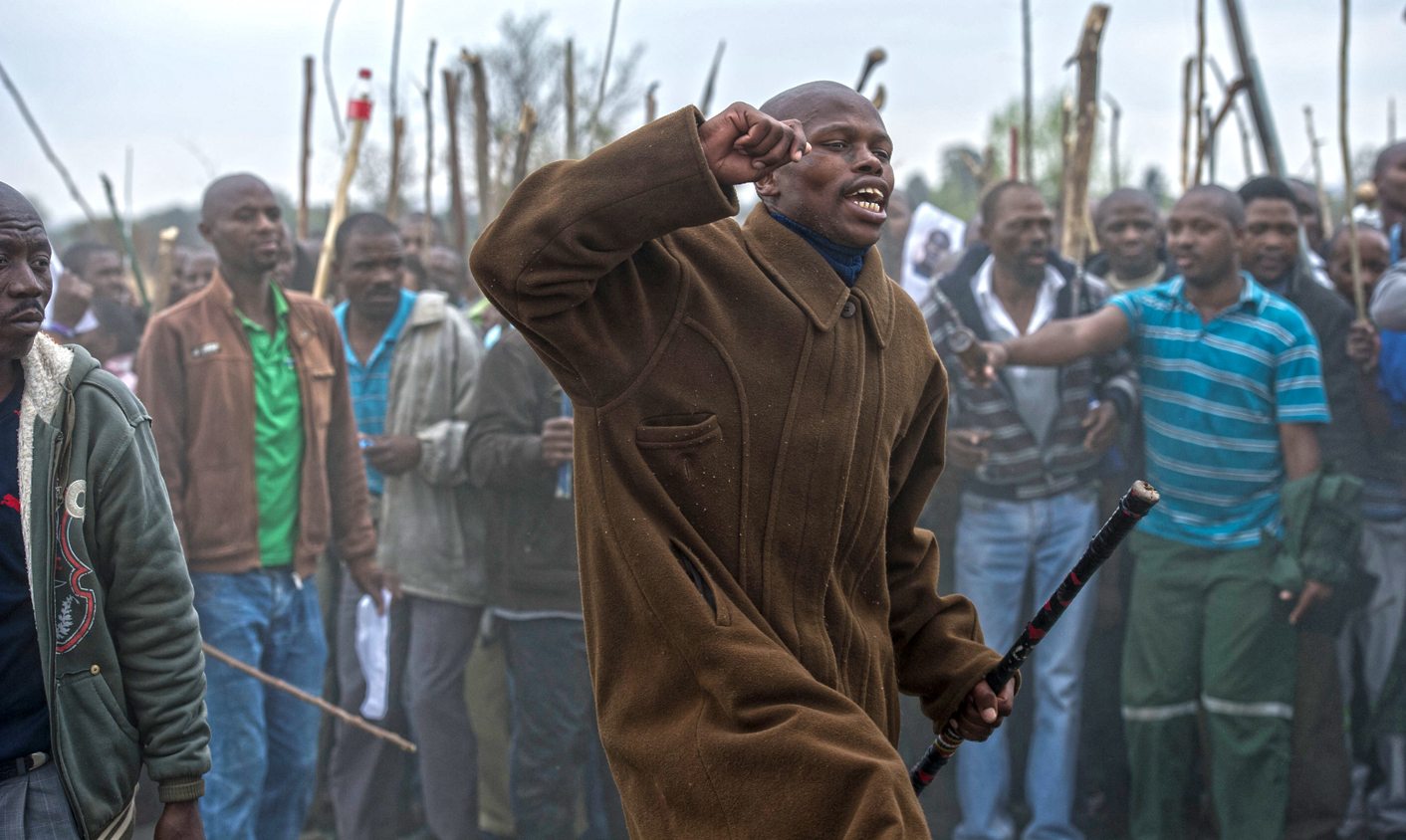 In August 1946, the African Mineworkers Union, one of the SA’s first-ever trade unions, embarked on a strike against the Chamber of Mines. The strike was met with the full force of the state, who were described to have launched war against the striking workers. That strike would go on to rattle the complacency with which black mine workers were exploited in the country’s mines. It proved to be a pivotal moment in the history of industrial relations in South Africa.

One worker who addressed a crowd of 100,000 mine workers at Market Square in Newtown is reported to have said, “When I think of how we left our homes in the reserves, our children naked and starving, we have nothing more to say. Every man must agree to strike on 12 August. It is better to die than go back with empty hands.”

“We on the mines are dead men already,” one elderly miner retorted to caveats of the anticipated violence.

On 12 August 1946, some 60,000 miners went on strike. The state spared no effort at suppressing the industrial action.

Nine people are officially listed as casualties of the crackdown on the strike. That number is said to be a gross understatement of the reality of the brutality with which the strike was put down.

The government is said to have been “almost on a war footing” against the striking workers.

Their demand was for the Chamber of Mines to bridge the gap between the wages of blacks and whites on the mines. Striking workers demanded 10 shillings a day, but their demands were silenced by police and army personnel who even chased striking workers down mine shafts.

According to South African History Online, the 1946 strike “had profound repercussions, which are felt until this day”.

Workers’ organisations and nascent trade unions were persecuted by the state.

“The most profound result of the strike, however, was the impact it had on the political thinking within the national liberation movement; almost immediately it shifted significantly from a policy of concession to more dynamic and militant forms of struggle,” SA History Online says.

It is in Marikana that the 1946 strike echoed strongly last year.

And it is here in Marikana that the conditions that sent workers to strike then are still a reality today, with some differences, of course.

“Deaths are still occurring, the mines have still not addressed many of their (corporate social responsibility) promises and we have still not come to the bottom of what actually happened on that fateful day,” executive director of the Benchmarks Foundation, John Capel, said about Marikana in a statement this week.

His assessment of Marikana sought to clarify what Marikana is like today, compared to what it was a year ago.

For Capel, the threat of another uprising, another revolt, more trouble, looms large in Marikana.

“We continue to walk on a knife’s edge in Marikana.”

His fears are not ill-founded.

This week it emerged that another person had fallen victim to the vicious turf war being waged between the National Union of Mineworkers and newcomers, AMCU. Already several people have died in the battle for ascendancy at the Lonmin mine.

When the strike in Marikana spread to mines across the country last year, it became apparent that beyond the narrative of a defeated Julius Malema currying favour with mineworkers and unions fighting for their survival, it is the conditions of the lives of the workers who drive the mining sector in South Africa that is at the centre of the anger and desperation.

This is the struggle for dignity.

Struggle hero Monty Naicker, in his description of the living and working conditions of mineworkers that precipitated the 1946 strike, quotes Sol Plaatjie: “Two hundred thousand subterranean heroes who, by day and by night, for a mere pittance, lay down their lives to the familiar ‘fall of rock’ and who, at deep levels, ranging from 1,000 to 3,000 feet in the bowels of the earth, sacrifice their lungs to the rock dust which develops miners’ phthisis and pneumonia.”

Much has improved in the working conditions of workers on South Africa’s mines. Indeed, the reality of a legal union representation of workers is a far cry from 1946, when black mine workers were not afforded such rights. But the life of the average mineworker is still one of terrible hardship, shorn of dignity.

In Marikana, women complain that their young children cannot venture outside their shacks after dark – they will be raped, they say. In the sprawling informal settlements that house the community that in some way lives off the mine, people live without running water, electricity or refuse removal.

Those of us fortunate enough to be on the other side of mining production, those of us with gold dangling in our ears and diamonds on our fingers, only know the products of the labour of mining. Any knowledge we think we have of the actual life of a mine worker, we’ve gleaned on a trip to Gold Reef City, where mining is hailed with such passion, it could as well be the pinnacle of human achievement.

We mark the first anniversary of the Marikana massacre this week. Those 34 people who were gunned down in the spray of bullets, the confusion of tear gas and a police force with an apparently dubious mandate, died for the same cause the miners died for in 1946: they all died in the struggle for dignity. DM

Photo: Striking Marikana miners march to deliver their demands to Lonmin management. They hold up the image of Mambush, one of the strike leaders killed by police. Marikana, September 5, 2012. Photo Greg Marinovich