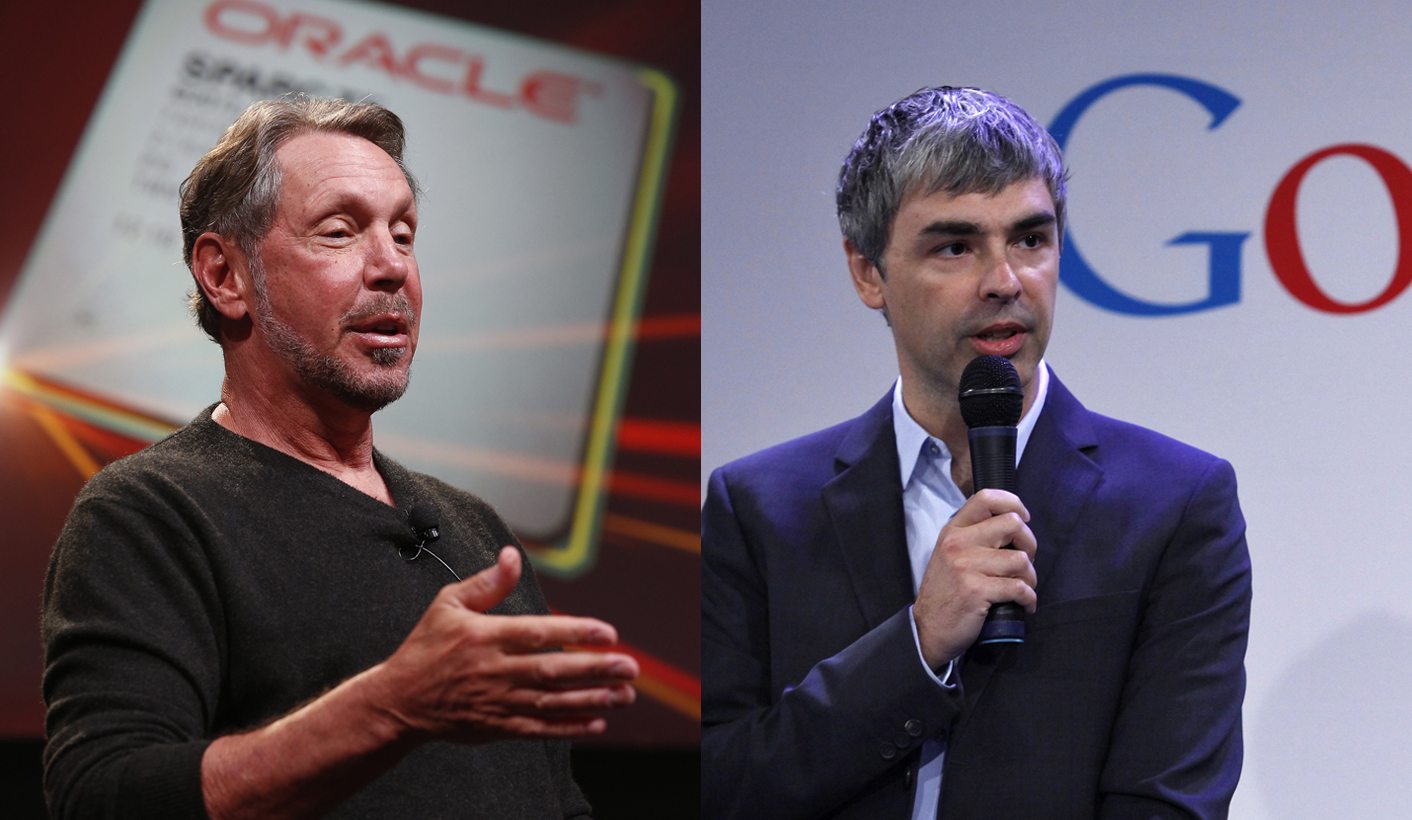 Ellison, the CEO and co-founder of software giant Oracle Corp, has long been famous for his zingers against business foes.

He targeted Page as the two companies square off in a U.S. appeals court over a bitter lawsuit involving Google’s Android operating system.

“We just think they took our stuff, and that was wrong,” Ellison said in an interview with Charlie Rose on “CBS This Morning,” which was aired on Tuesday.

When asked if he thought Page was evil, Ellison replied: “I think what they did was absolutely evil.” He fell short of vilifying the man himself as evil.

The attack on Page stems from Oracle’s acquisition of the Java programming platform, which it got with its 2010 purchase of Sun Microsystems. At the time Ellison said Java was the most valuable software asset he had ever acquired.

Over the years, Ellison has targeted the heads of long-time rivals such IBM, Microsoft and SAP, along with executives of companies he sought to acquire in hostile takeover battles.

Last year, after Hasso Plattner, co-founder of the German software maker SAP announced plans to compete with Oracle in the database business, Ellison mocked the effort, saying: “Get me the name of that pharmacist, they must be on drugs.”

In 2003 he quipped that he was tempted to shoot Craig Conway, the head of PeopleSoft who was fighting him in a high-profile hostile takeover battle that Ellison eventually won.

The changing landscape in Silicon Valley has given him new targets.

He lashed out at the entire board of long-time ally Hewlett-Packard Co, after directors replaced CEO Mark Hurd, a friend who he later hired as a president at Oracle.

In 2011, Ellison mocked the cloud computing platform of rival Marc Benioff’s Salesforce.com Inc as a “roach motel” in a speech to thousands at an Oracle conference. “You can check in, but you can’t check out.”

Benioff was a former protege and the two recently publicly said they have patched up their differences.

Ellison called the agency’s data collection “absolutely essential” for ferreting out potential terrorists and said it would be alarming only if data was used for political targeting.

The U.S. government is one of the biggest customers of Oracle, which was founded more than 30 years ago and built a database for the CIA as one of its earliest projects.

He also addressed the future of Apple Inc without his “best friend,” the late Steve Jobs at the helm, saying the maker of iPhones and Mac computers would not be nearly so successful.

“I like Tim Cook,” he said about Jobs’ successor. “There are a lot of talented people there, but Steve is irreplaceable.” DM

Photo: Left, Oracle Corporation CEO Larry Ellison introduces the company’s latest SPARC servers in Redwood Shores, California, March 26, 2013. REUTERS/Stephen Lam; Right: Google CEO Larry Page speaks during a press announcement at Google’s headquarters in New York, May 21, 2012. Google will allocate some 22,000 square feet of its New York headquarters to CornellNYC Tech, while the university completes its campus on Roosevelt Island. The space will allow Cornell to build its presence in New York in close proximity to the tech companies and entrepreneurs with whom it will collaborate, according to media reports. REUTERS/Eduardo Munoz