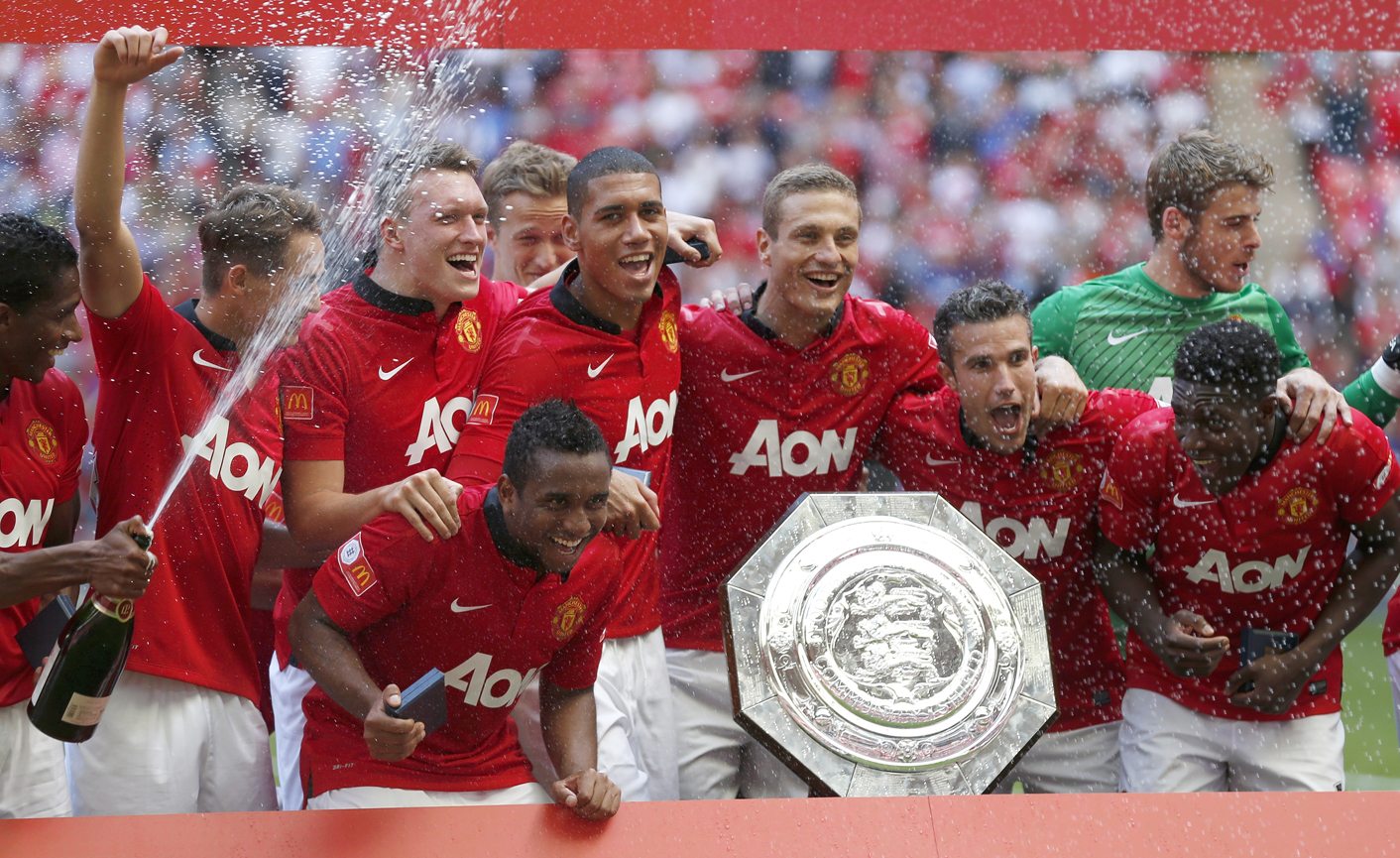 David Moyes was not claiming too much credit after collecting his first piece of silverware as Manchester United manager in the Community Shield at Wembley on Sunday. By Ed Osmond.

United beat Wigan Athletic 2-0 in the season curtain-raiser to give Moyes a successful start in his bid to fill the huge boots of Alex Ferguson who stood down in May after leading United to 38 trophies in 26 years at Old Trafford.

“I class that as another piece of silverware for Sir Alex,” Moyes told a news conference.

“I was in charge of the team today but it’s a reward for winning the Premier League under Sir Alex last season and I won’t take too much credit for it.”

Robin van Persie scored both United goals against Championship side Wigan who upset Manchester City in the FA Cup final last season to earn their place in the Community Shield.

The Dutch striker opened the scoring with a superb long-range header, continuing the prolific form he showed in netting 30 goals in his first season at United.

“It was a great header, a brilliantly guided header,” Moyes said. “He’s (Van Persie) been very easy to work with, very receptive and helpful.”

Moyes recognised the importance of keeping Van Persie fit to spearhead United’s bid to retain the Premier League title but remained adamant that his club did not want to sell Wayne Rooney.

The forward missed the Wigan match due to a shoulder injury but will join up with the England squad for Wednesday’s friendly against Scotland.

“We don’t want to sell Wayne,” Moyes said in a terse response to suggestions that Rooney wanted to join Chelsea and had been forced to train with the reserves.

“I have not fallen out with Wayne and the reason he trained with the reserves was because he wanted to because he wasn’t allowed any contact.”

Moyes remains hopeful of adding to United’s squad after a frustrating summer in the transfer market.

“I hope so, we move on every day and the transfer window gets closer and closer,” he said. “But if we have to start the season with what we’ve got then I’ll be happy.”

Wigan never seriously threatened United whose goalkeeper David de Gea did not have to make a single save.

“We’ve done the job, kept a clean sheet and I’m pleased although we could have made better use of our possession,” Moyes said.

United right back Rafael suffered a hamstring injury early in the game and could be doubtful for the opening Premier League match at Swansea City on Saturday. DM