Protea South, Soweto: The words and images of protest

Protea South, Soweto: The words and images of protest 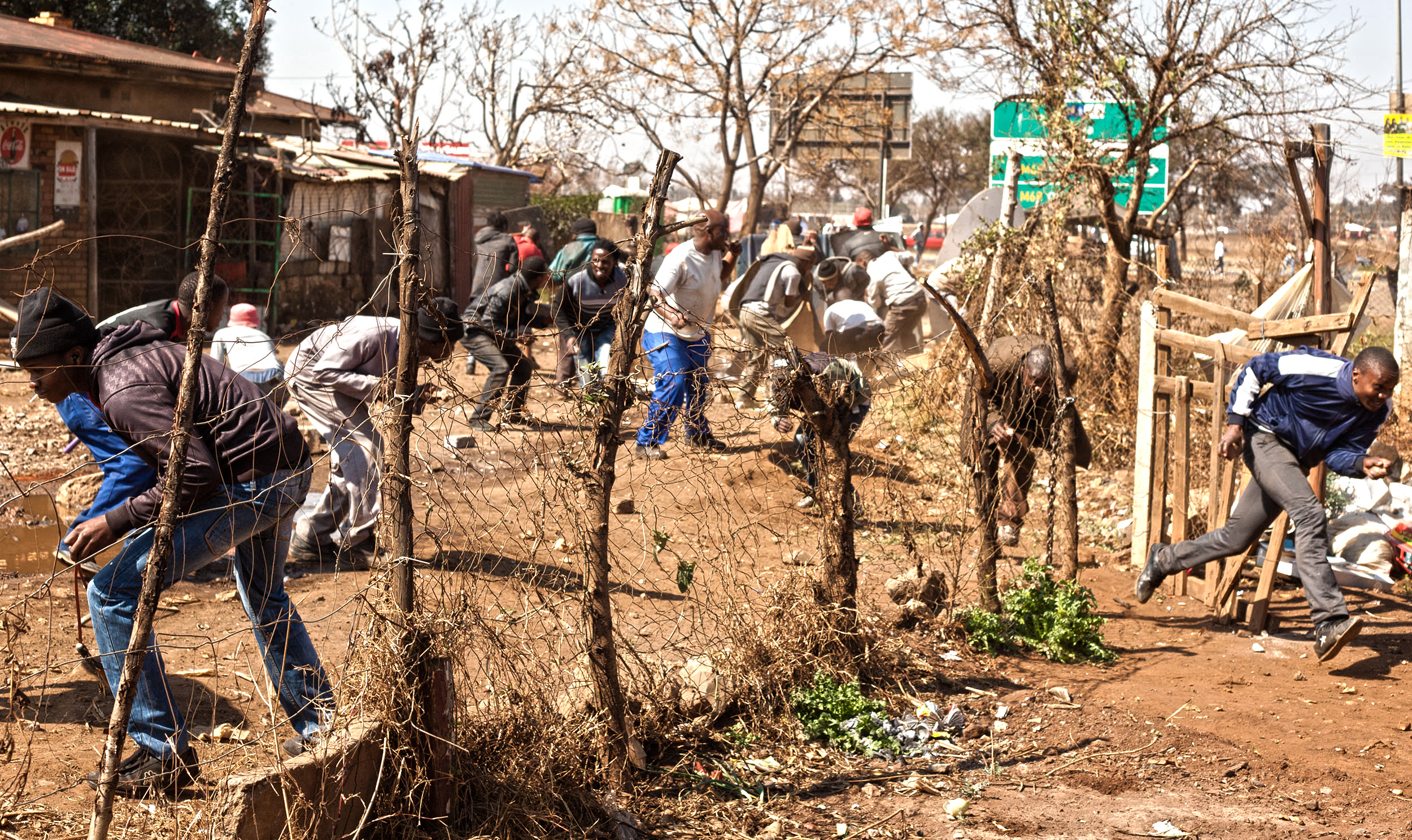 GREG NICOLSON spent the long weekend at a service delivery protest in Protea South, Soweto. Exhausted by trying to describe images of the hope, chaos, and despair that define such events, he opens the dictionary to define pictures of a dusty community, tired of promises, and in need of electricity.

Dignity: the state or quality of being worthy of honour or respect. An elderly woman cowers behind a wall, terrified of being shot with rubber bullets. She remained on the ground, in fear, long after the police drove away.

Protest: a statement or action expressing disapproval of or objection to something. Protestors use shields to block rubber bullets while trying to keep police out of Protea South.

Violence: behaviour involving physical force intended to hurt, damage, or kill someone or something. Protestors retreat after chasing police through Protea South’s alleys.

Community: a group of people living in the same place or having a particular characteristic in common. Residents circle a wall to avoid rubber bullets.

Police: the civil force of a state, responsible for the prevention and detection of crime and the maintenance of public order. A man raises his hands as Johannesburg Metro Police shoot fleeing protestors with rubber bullets.

Riot: a violent disturbance of the peace by a crowd. Protea South resident Anna Mahapa, 63, sheds a tear as she tells how residents woke her up to join the protest (“Phuma, gogo!” they yelled). To recruit members, protestors throw rocks at the shacks and bang on doors. Mahapa has lived in the same shack since 1982, with no electricity, has asthma and high blood pressure and just wants a night’s rest.

Service: a system supplying a public need such as transport, communications, or utilities such as electricity and water. A young woman hides in a toilet to avoid the chaos.

Power: the capacity or ability to direct or influence the behaviour of others or the course of events. A protestor throws a rock at a police Nyala while others hide behind a pole.

Government: the group of people with the authority to govern a country or state; a particular ministry in office; the action or manner of controlling or regulating a state, organisation, or people. Spent rubber bullet shells sit in a Protea South puddle.

Hope: a feeling of expectation and desire for a particular thing to happen. A young man leaves the refuge of his bathtub defence to throw a rock at police.

Resentment: bitter indignation at having been treated unfairly. Tyres burn on Chris Hani Road as a police Nyala approaches.