Mamphela Ramphele: What have you done to end violence lately? 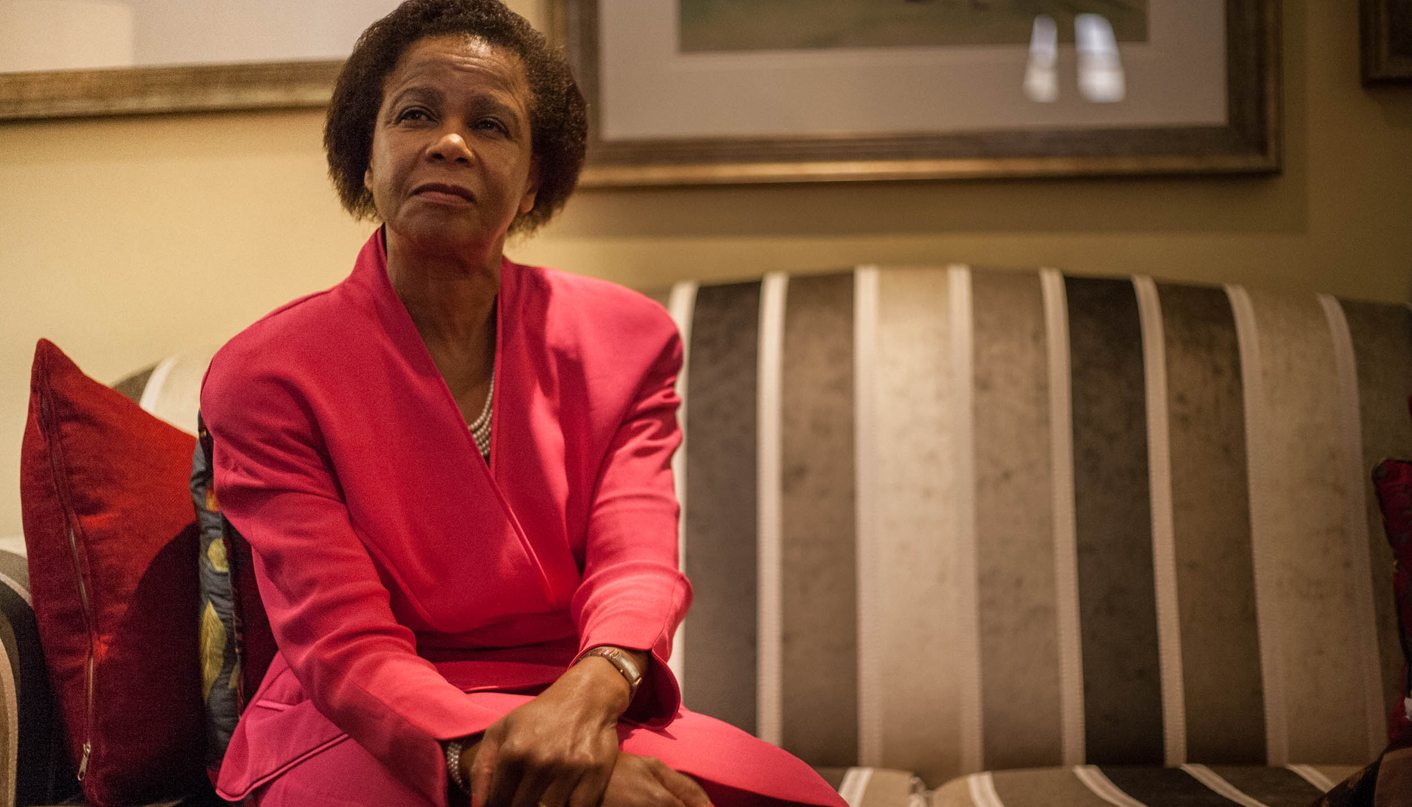 Friday is Women’s Day and Agang leader Mamphela Ramphele started the celebration early on Wednesday, addressing a crowd at the Johannesburg Country Club. It’s time we act against gender-based violence, she urged. She was light on suggestions, but her non-political approach to one of South Africa’s biggest problems was refreshing. By GREG NICOLSON.

“Beauty is skin deep” was the theme for the University of Johannesburg’s (UJ) Women’s Day event and former Miss South Africa Bokang Montjane joined a panel of doctors in discussion. She told how her parents taught her to feel beautiful regardless of what others thought. When she was a little girl, her father would take her to beauty pageant after beauty pageant, watching her lose repeatedly to light-skinned girls. When she asked her dad whether she wasn’t pretty enough, he pointed at the judges. He said they were old and ugly, and didn’t know true beauty.

The conversation was light-hearted, informative and at times inspirational as doctors Carol Benn, Reza Mia, Ridwan Mia and Harry Seftel joined Montjane in discussing issues of women’s health and how perceptions of body image often inform evaluations of self-worth.

On Friday, the country will celebrate another Women’s Day commemorating the 1956 women’s march on the Union Buildings to protest pass laws. With issues of gender-based violence and the continued reports of horrific crimes against women and children not abating since 9 August last year, few of the conversations are likely to be as light-hearted as Wednesday’s UJ panel.

Since entering politics this year Ramphele’s shine as a social and political commentator and luminary of the struggle has been overshadowed by expectations and criticism of what her party can achieve in the 2014 elections. On Wednesday, she seemed to relish being back in the position of keynote speaker rather than “Agang SA leader” and didn’t mention her party.

South Africa has more women in parliament than any other country in Africa, with the exception of Rwanda, and more women in cabinet than any other country in the world, again except Rwanda and Scandinavia. “Yet we have a pandemic of gender-based violence in this country,” Ramphele told the crowd. “Why? Because we didn’t do the work that enabled men to live with strong women and for strong women to bring up strong men and for women to stand up.”

Justice minister Jeff Radebe announced this week that at least 22 specialised sexual offences courts will be reopened in 2013 in a bid to curb the rise in violence against women and children. The move was welcomed by opposition parties and women’s rights groups, but Ramphele said much more needs to be done to fix the system that creates violence.

“This poor education and training system is generating young men who are today raping their grandmothers and their sisters because there’s no purpose in life. They are 30. They still haven’t found their first job and there is no chance of getting a first job because they are becoming less and less employable,” she told crowd at the Johannesburg Country Club. “This is about changing our society into a society which is an inclusive economy. We’ve got to have top class education, top class healthcare and police who are there as a safety and security service and not a force that kills people. It’s in our hands. Are we prepared to be the change we want to see in our society? That’s the spirit of 1956.”

Agang will host its Women’s Day event on Friday in Sharpeville, while President Jacob Zuma will be in Bushbuckridge and Democratic Alliance leader Helen Zille in Ekurhuleni. Media attention on Ramphele’s party has waned, however, since the launch of Julius Malema’s Economic Freedom Fighters, which has been vocally campaigning and has clear policy direction, two factors critics say Agang lacks.

On Wednesday, Ramphele seemed more like the vice chancellor of the University of Cape Town or the managing director of the World Bank than a political party leader. “If you believe in human dignity, in freedom, in equality as an indivisible attribute then you are not going to tolerate someone being abused, someone being treated unfairly, someone stealing money which is supposed to be going to schools and someone building themselves a palace with money which is supposed to go to building roads. We have to ask ourselves, how does our beauty shine through our actions, as citizens, as mothers, as sisters, as daughters and let’s include our brothers?”

Comparing 1956 to now, she said she was disappointed at the apathy over the issue. “Can we have a commitment that this is the last women’s month that we are going to have where we have this unattended crisis of gender-based violence without us marching like those women in 1956?”

Her message was clear: “So stop complaining about what’s not happening and start acting. That’s the real beauty.” In her definition, acting no doubt includes voting for a party alternative to the ANC. DM