Battlefield Midvaal: A merger made in Heaven/Hell (depe...

Battlefield Midvaal: A merger made in Heaven/Hell (depending on who you ask) 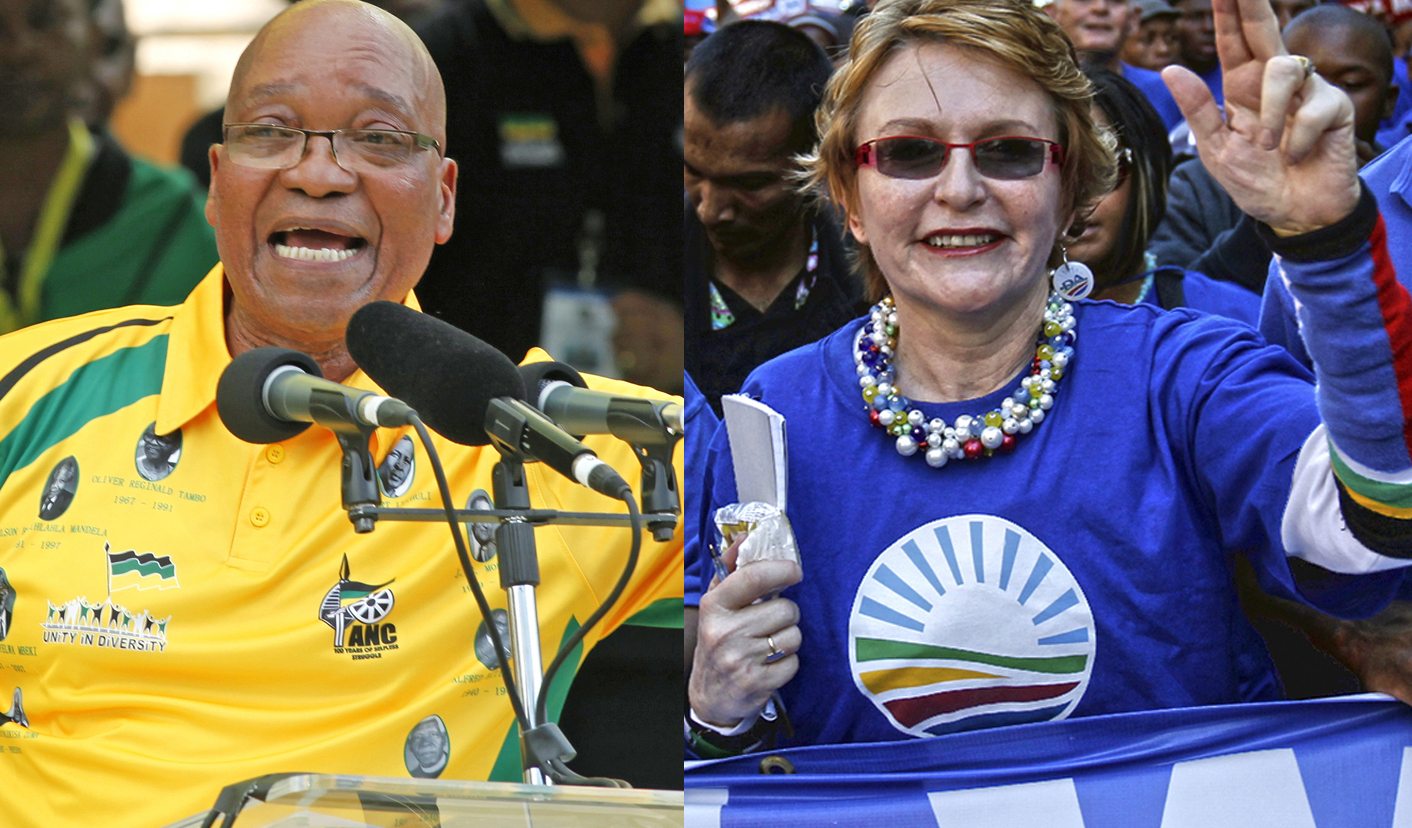 The announcement on Wednesday by the Municipal Demarcation Board that it is going to recommend the merger of the Midvaal, Sedibeng and Emfuleni municipalities is the first shot fired in an old-fashioned shoot-em-up fight between the DA and the ANC. With the cries of “unconstitutional” from the blue brigade met by the chorus of Blade Nzimande’s favourite word “anti-majoritarian”, it’s hard to tell at this point who will win, and the whole affair is far more nuanced than any newspaper billboard will tell you. But the fight itself, as well as who joins it, will reveal much about the relative strengths of the two sides ahead of next year’s elections. By STEPHEN GROOTES.

Midvaal is the jewel in the DA’s sparse non-Western Cape crown. It’s the only municipality the DA controls outside of that province and it consistently wins awards and commendations for being the best run council in Gauteng. Some of them have even come from the Gauteng provincial government, which, in case you’ve forgotten, is not controlled by the DA. (It’s not completely controlled by Nomvula Mokonyane either, but that’s a complication for another day). To say this string of successes has irritated the ANC beyond measure would be an understatement. It’s been almost as frustrating as Julius Malema’s beret going pink in the wash. The ANC has thrown everything at the winning the municipality, from food parcels, to national campaigning and even, this being South Africa, a few temporary toilets just before voting started in 2011.

It’s all come to naught and the DA has managed to hang on to power. There are specific reasons for this: Midvaal has a relatively low population and the people who officially live there, and are registered to vote, tend to be white, farmers and pretty consistent in their demands. Many of their farm workers reside there on a temporary basis and are thus registered to vote elsewhere. The DA has also been helped by the fact it has had a young, clever and enthusiastic mayor in Timothy Nast. Nast is now moving on to a better and less blue things: he’s got a job at the Gauteng Planning Commission, a move that can only be described as awkwardly interesting. He’s going to be fascinating in a few years’ time, what with his unique knowledge of how this country works. (Those with a fine sense of history might remember that then Democratic Party’s Gauteng Leader Peter Leon once did a similar thing, leaving his post to help advise government on improving municipal governance back in 2000.)

So now the DA will claim that what the ANC cannot have by vote, it is going to steal. They are moving the goalposts and Midvaal will cease to exist. The Municipal Demarcation Board is run by people who’ve been deployed by the ANC.

The DA’s response, almost boringly inevitably, will be to go to court. The argument will be pretty simple: the Constitution makes provision for different types of municipality and this is clearly a rural area surrounded by urban areas, and thus different. A bit like the Western Cape, you might sniff. It’ll also claim there’s clearly a political motivation behind the decision and that the courts should send a strong signal that this sort of thing is not allowed. You know the drill.

But the argument they need to put up will have to be much stronger.

The Board is not stupid. Whatever their motivation, it has to be expected the DA will cry politics here so they’ve taken care to have their arguments ready. First off, they say they must consider the needs of everyone who lives in the areas – it’s about service delivery, stupid. And we all know that smaller councils tend to find it more difficult to sustain themselves over time, so they’re slowly doing away with them. They’ll also claim that this is part of a much longer-term trend, they’re moving towards mergers and away from smaller municipalities.

This means that now the DA must argue not the specific case of Midvaal, but against the entire policy. Midvaal cannot be argued as an exception to the trend just because of who controls it at this time; the DA cannot say it will win elections in perpetuity. And it would be hard to bring a case against the entire trend because the argument would be against a massive project, aimed at reducing the number of smaller councils that can’t actually sustain themselves.

And then there’s the problem of public participation. A decision like this doesn’t just affect Midvaal, but everyone within the affected zone, i.e. those living within the boundaries of the other two municipalities as well. If the public is overwhelmingly in favour of the change, then what is the DA’s argument? That its people within Midvaal, the few, must be protected against those from outside no matter what. That their people’s rights outweigh everyone else’s?

The legal side of that argument would be tough enough, but imagine how it would appear in a politicised atmosphere. It would look as if the DA was trying to govern for only a privileged few, against the wishes and needs of the many. It would look, quite frankly, like they want to put a laager around a group of people who are somehow special because of their “rural” nature.

When you get to the bottom of this argument you find that it’s actually your typical South African problem. A few haves, more have-nots. How do you govern for the greater good? Of course there is give and take, but take too much from one group and you have a legal rebellion on your hands. Don’t give enough to the other and you have further problems.

For the DA to win this fight in the court of public opinion they would have to prove, beyond a shadow of doubt, that the Board’s decision was politically motivated. Rumours, speculation and previous track records won’t be enough; they’ll have to find a smoking gun, but it’s unlikely that gun exists. If this really is a conspiracy, and there’s no reason at the moment to presume it is, the chances of any incriminating emails still hanging around are pretty slim.

This doesn’t mean that the DA can’t extract something from the loss of Midvaal, should it come to pass. They will be able to use Midvaal as proof to bolster their claim that the ANC is anti-democratic and, should the day come, they won’t give up power. They’ll be able to point to the disaster the area might become under an integrated municipality and explain how it the ANC made it happen, because it doesn’t give a fig for democracy.

But this current fight is one where the ANC seems to hold better cards than the DA, and the DA will have to play its cards very carefully indeed. DM