Theatre review: A spark for the mind

Theatre review: A spark for the mind 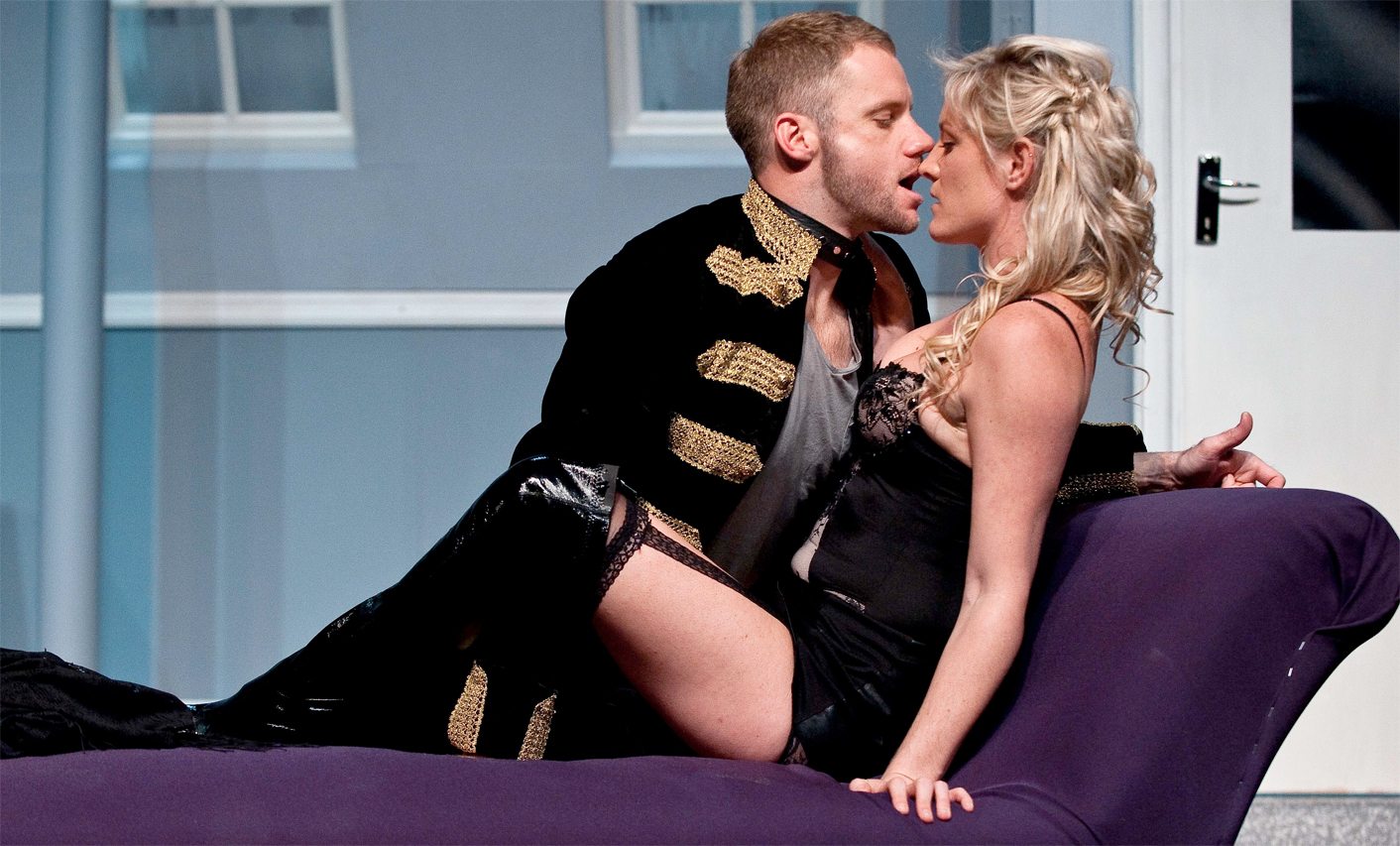 You don’t have to be a masochist or “50 Shades” devotee to get a thrill from watching Venus in Fur. And it’s a thrill of the cerebral kind, because this is one of the most memorable shows to grace the stage this year. By LESLEY STONES.

The show is a two-hander fresh from Broadway and staged here by Durban’s innovative and ambitious KickstArt company.

He’s about to go home to his nice, safe fiancé when in bounces Vanda (Janna Ramos-Violante), sodden, swearing and pushy to audition. There’s instant dislike as Thomas sees this brazen woman as an insult to the vision he’s created for his heroine. But Vanda pleads, insists, and grabs a l9th century frock to play the role.

The play is both funny and enthralling. Thomas has adapted the novel, but how much of it is really his own personality laid bare? Vanda too has deeper secrets, a brash actress on the surface, but a shrewd minx with her own agenda beneath.

Coppen too is fabulous, as his composure wilts before this formidable woman. When he confesses that a brutal beating by his aunt has left him only able to experience sexual pleasure through humiliation, you’re wondering if that’s the character or the creator speaking.

Venus In Fur was first staged in 2010 and predates 50 Shades of Grey, but at least it can thank the book for bringing bondage, dominance and degradation to a wider audience. Sexual tension sizzles but the sparks from the words crackle even louder. The interplay between Ramos-Violante and Coppen is stunning as the switch from their modern roles to the characters in the play. One second Ramos-Violante is supercilious and haughty, the next she’s broken the spell by reverting to the earthy actress pulling the role and its creator to pieces.

The brilliant script explores hidden depths of personality and desire and cleverly switches era until it eventually turns the tables.

The production is flawless, with everything working in harmony to present a superb evening that’s a visual treat and a mental delight. Set designer Greg King gives us an excellent attic studio, and the costumes by Tracy Campbell are somehow both demure and titillating. The sound and light effects of thunder have you jumping in your seat, and director Steven Stead has created a smouldering success of this very special show.

At one stage Coppen’s character tells Vanda that we go to the theatre to experience the passion we don’t get real life, and Venus in Fur is a perfect example of the truth in that.

Venus in Fur runs at Montecasino Theatre until 25 August. DM