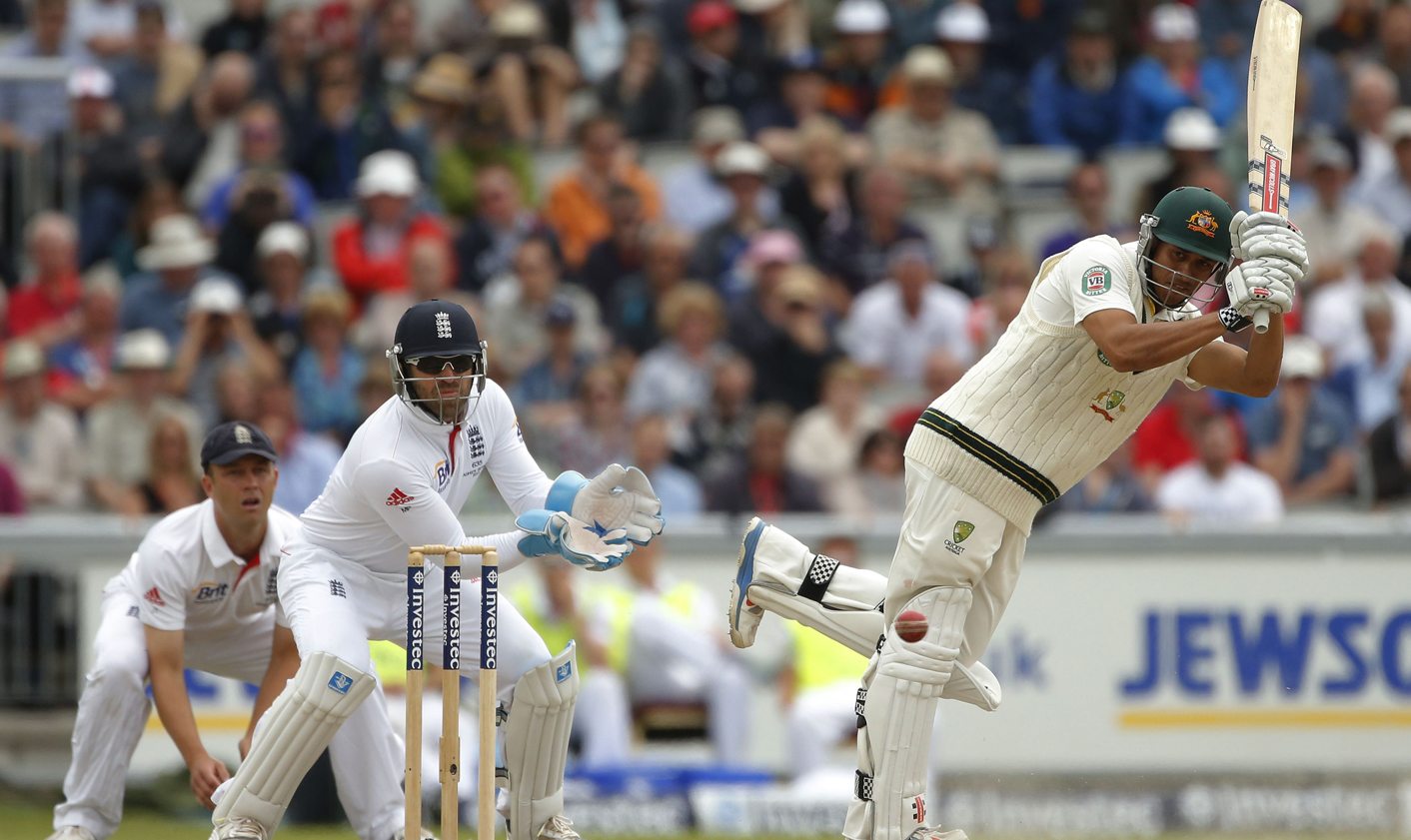 The Ashes certainly has not been short of issues to discuss. Day four of the third Ashes Test proved no different. What would have been a very thrilling end to a very thrilling Test is under threat because of the weather. There’s been more to talk about other than the weather, though. ANTOINETTE MULLER picks the five top talking points.

Australia has managed a 331-run lead in their second innings of the third Ashes Test at Old Trafford. After dismissing England for 368 in their first innings, Australia stepped back out to the middle and tried to rattle off as many runs as possible.

The visitors made it to 172-7 before play was abandoned for the day due to heavy rain, a short while after play was stopped because of bad light.

Things weren’t as simple as that, though.

Is there some fight left in Australia yet?

Australia has come alive in this Test, not just through the batsmen actually scoring some runs, but through its approach too. England avoided the follow-on and was eventually dismissed on the fourth day. Australia had one goal: get as many runs as possible, as quickly as possible. David Warner was promoted up the order to have a bash around. He managed 41 off 57, perhaps not quite as brisk as Australia had hoped, but at least it proved the Aussies haven’t lost their feisty approach. Should this Test end in a draw, which it looks likely to, it’d be a shame that it took so long for the visitors to actually show up properly and compete.

With the Test delicately poised and Australia trying to build a lead and pondering its declaration, England took to shameless time-wasting tactics. It was just a few months ago that coach Andy Flower had a whinge about how much time is wasted in cricket. England wheeled its sub-fielders on without any qualms and James Anderson walked back to his marker so slowly, he might as well have been pretending to be a caterpillar. It is, of course, in the match referee’s jurisdiction to police this, but that only happens at the end of the game. It does beg the question: what can be done? The on-field umpires seemed unfazed that England was barely managing 11 overs an hour, yet they were doing nothing to rush the game along. The punishment for teams who waste time needs to be looked at more seriously, whether that involves penalty runs of sort is something for the ICC to decide.

The highest total ever chased at Old Trafford was by England in 2008. That score was 294 and they did it in just 88 overs. That was when the wicket was still the other way around, so perhaps Australia didn’t have much to go by, but for an aggressive and innovative captain like Michael Clarke, it was odd that he had not declared earlier. England does not need to win the Test; it only needs to draw in order to retain the Ashes. Why then bother looking for a carrot? The forecast for the fifth day looked rather grim. Perhaps Clarke and co. were looking at a different radar, but for all intents and purposes, it looked like prospects for play on the final day were going to be quite grim. Clarke might have been holding off because of the light factor, but that takes us to the next point.

Ah, cricket and its light situation! With the dark clouds closing in and the light fading, the umpires suggested Alastair Cook bowl spin. Cook refused and players were subsequently forced to come off the field for bad light. Deciding whether conditions are fit for play is then up to the umpires, but how is that fair? If Michael Clarke thought he was seeing the ball just fine, even with the fast bowlers on, then why should he not have an input in what he faces and what he doesn’t? The umpires insist that it’s all to do with players’ safety, but the chances of a player getting badly injured are quite slim. Bob Willis, the former England quick, once said: “Show me the coffins” when referring to the travesty that is “safety” when it comes to the light situation. The floodlights were on and the artificial light had started to take effect, but play did not resume. Of course that changes the way the game is played, but why bother with the lights in the first place if their impact is not going to be considered? Players never leave the field for bad light in T20 or ODI day games, but in Tests there is still an archaic approach which leaves what is supposed to be the pinnacle format stuck in the dark ages – no pun intended.

What about reserve days in Test cricket?

In important tournaments, like World Cups, T20 and one-day games come with reserve days. In an Ashes series, every game is important, especially when a trophy is at stake. Yes, England was better in both the first and second Test, but Australia has finally shown up and to have a game ruined by weather seems like a great pity. It will go completely against the “tradition” of the game, but surely if the ICC is serious about “saving Test cricket”, and especially with something like the Test Championship on the cards, is it time to consider reserve days? There will have to be some seriously strict criteria. For example, if more than half of the overs are lost to rain, then a reserve day comes into play, and if a whole day is lost, a reserve day is in place. It might be far too progressive for a format so besotted with elitism and prehistoric approaches, though.