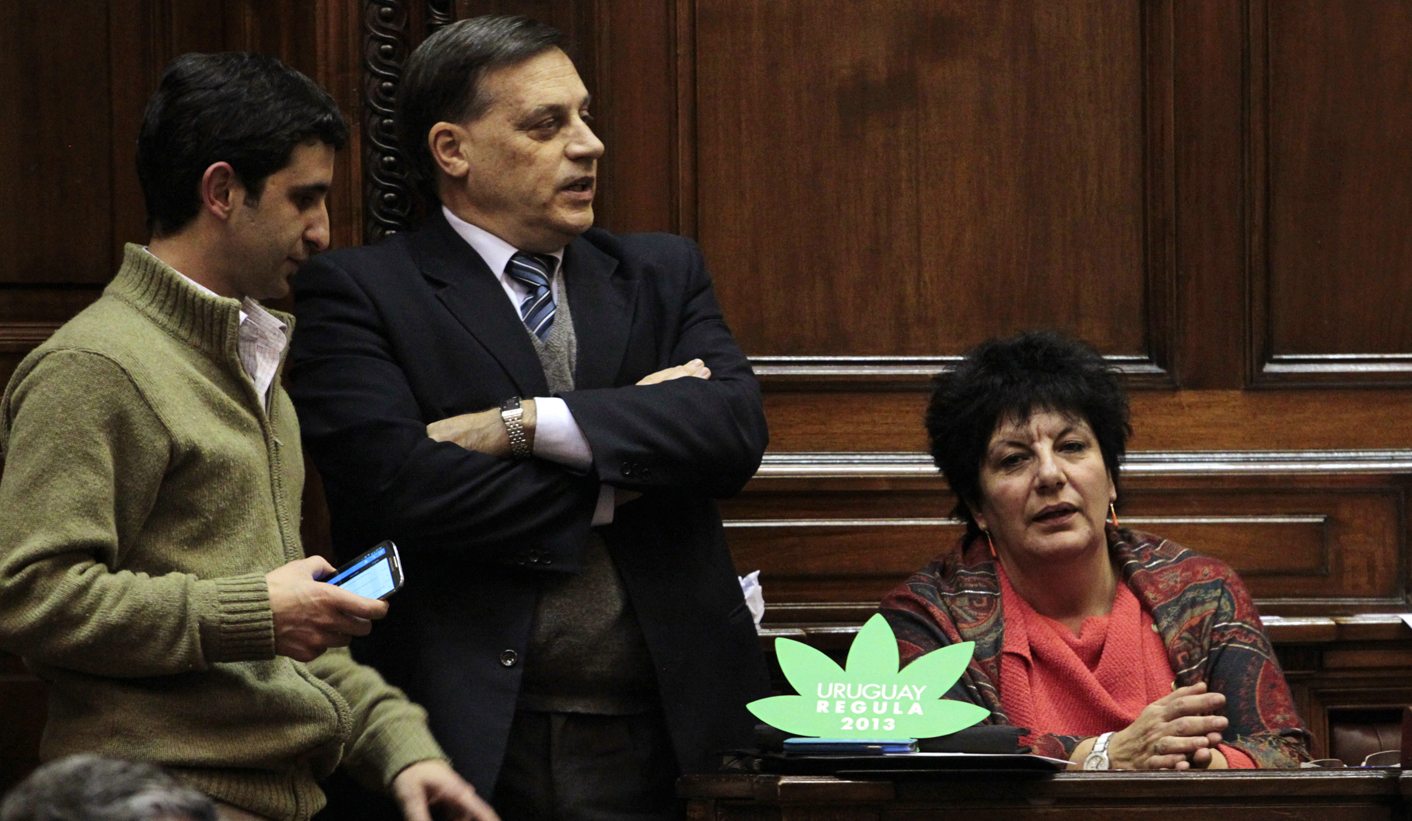 Uruguay's leftist President Jose Mujica said his country would not become a haven for pot smokers the day after its lower chamber of Congress narrowly voted to legalize the cultivation and sale of marijuana.

The bill, which needs to pass the senate to become law, goes beyond the no penalization policy in the Netherlands and creates a government body to regulate legal sales and public smoking clubs and to monitor marijuana consumption for Uruguayans.

To avoid making the country a drug tourism destination, only Uruguayans would be allowed to use marijuana. The use of marijuana is already legal in the South American nation, but the sale and cultivation is not.

“No one should think implementing this law would create disorder or encourage consumption,” said Mujica, a former guerrilla fighter and strong supporter of the measure.

Controlling the marijuana trade under strict guidelines would instead help undermine drug-smuggling gangs and fight petty crime, he told a local radio program on Thursday.

“No where in the world has repression yielded results,” he said. “We know we are embarking on a cutting edge experiment for the whole world.”

A recent poll showed 63 percent of Uruguayans oppose the measure. Critics say it would lure people to harder drugs and create problems for Latin American countries that have battled drug-related violence, like Colombia and Mexico.

The legislation would establish a National Cannabis Institute to control the drug’s production and distribution, impose sanctions on rule-breakers and design educational policies to warn about the risks of marijuana use.

Households would be permitted to grow up to six plants, or as much as 480 grams (about 17 ounces) of marijuana per year under the measure.

Mujica, 78, said on Thursday he had never smoked pot.

“I’m old – I’ve had the vice of smoking (cigarettes) and a drink now and then but never in my life have I tried a joint,” he said.

“But I’ve realized it’s the life of these youth – consumption is there on the corners and it’s produced a clandestine market with ferocious rules. It’s a monopoly of the mafia,” he added. DM

Photo: Uruguayan legislators of the ruling Frente Amplio party Daniel Caggiani (L), Carlos Varela (C) and Ivonne Passada participate in a debate before voting on a bill that regulates marijuana growth and sale advances, in Montevideo July 31, 2013. Uruguay’s lower house of Congress voted on Wednesday to create a government body to control the cultivation and sale of marijuana and allow residents to grow it at home or as part of smoking clubs. The use of marijuana is already legal in the South American nation, but sale and cultivation is not. The Senate is expected to vote on the measure, which is backed by leftist President Jose Mujica, later this year. The leaf on the table reads, “Uruguay Regulates 2013”. REUTERS/Andres Stapff