The battle for Cape Town’s farmland 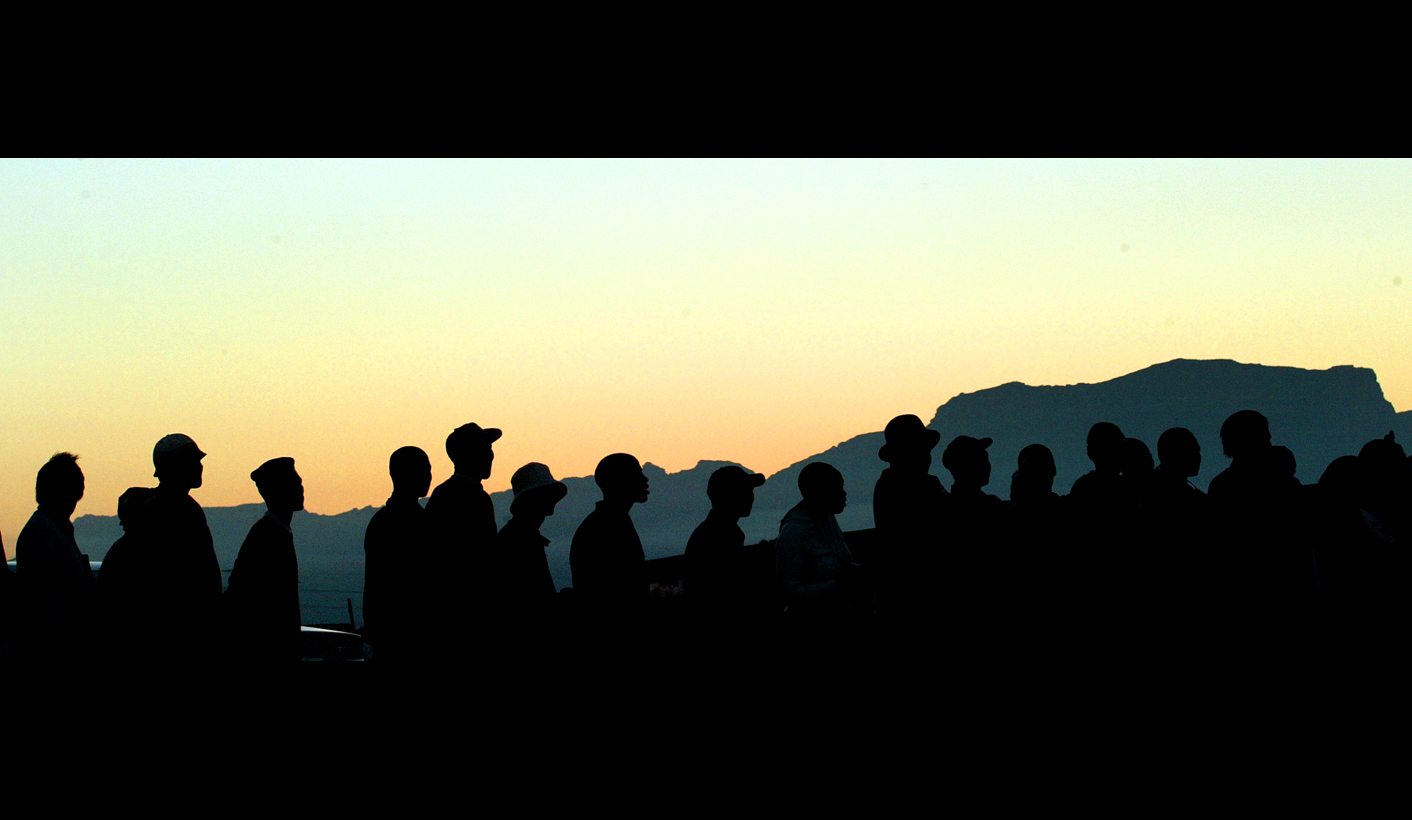 The City of Cape Town, not for the first time, wants to re-draw the “urban edge” – a hypothetical designation of where urban development must stop, in order to protect the agricultural land beyond it. The City proposes handing over almost 300 hectares in the agricultural area of Philippi in order for private developers to build houses on it. Opponents argue that Cape Town can’t afford to lose the fresh produce, or harm the water source that lies beneath the land. On Wednesday, the rezoning of the farmland came one step closer to becoming a reality. By REBECCA DAVIS.

Philippi is 20 minutes’ drive from Cape Town city centre. It’s not particularly scenic, but it punches above its weight in terms of its importance to Cape Town. The area is estimated to produce about half the carrots, cauliflower and lettuce supplied to the city, in addition to crops like cabbages and leeks: in total, just under 100,000 tons of fresh produce per year. Philippi produce supplies supermarkets, but also low-income Cape Flats households through informal traders. The area also lies on a valuable aquifer.

Between 1998 and 2012, the M&G reported last year, the 3,200 hectares designated for horticultural use in Philippi had been reduced to around 2,370 hectares. In recent years, this remaining farmland has been under threat from developments. From 2008, a company called Rapicorp 122 has been planning to develop 472 hectares for housing units, industrial use, and – a minority share – conservation. In 2011, the provincial environmental affairs department approved the application to have the land rezoned for urban development, though nothing has happened as yet because Rapicorp’s parent company has been placed under curatorship by the Financial Services Board. We’ll return to Rapicorp in a second.

Last November, private developer MSP Planners stepped up the pressure on the land by applying to have 280 hectares of Philippi agricultural land rezoned to accommodate a 5,000-unit mixed use property development project. Initially, the council said that it would hold back on any decision on the rezoning until a commissioned Food Systems Study had been completed, which would cast more light on the extent of the city’s dependence on the area’s produce.

In mid-July a turnaround was announced on this. The Mayoral Committee (Mayco) decided that it would support MSP’s rezoning application, on the grounds of the “massive demand for housing” that burdened the city.

The fallout from this announcement was instantaneous, with environmental activists and local farming representatives both condemning the decision on the grounds that it would raise the price of vegetables for Cape Town as a whole and potentially harm the area’s water system. An Avaaz petition calling on people to preserve “the bread-basket and aquifer of Cape Town” had reached 2,716 signatures by 4pm on Wednesday. Cape Town Mayor Patricia de Lille was forced to devote both her weekly newsletter and a portion of her address to Council on Wednesday to addressing her critics in this regard.

In her newsletter, De Lille hit out at those voicing opposition to the development, implying that such resistance was fuelled by “misinformation and uninformed positions”. The area in question, de Lille said, produces mainly soft-leaf vegetables like lettuce, sold to “high-end shops”. Only 1/3 of the land was currently being actively farmed, and on the basis of consultation with local residents, she could confidently state that many of them wished to move out of farming anyway, for reasons ranging from an awareness of the inevitability of the urban spread, to a fear of land invasions.

Mayco Member for Economic, Environmental and Spatial Planning Gareth Bloor reiterated this point to the Daily Maverick on Wednesday. “This is important for critics to understand,” he emailed. “Even if people wanted to see farming continue on this land portion, the actual landowners do not want to in the future.”

Opponents dispute that. Among other factors, they point to a report commissioned in April last year, titled “Philippi Horticultural Area: A City asset or potential development node?” The report’s findings make for interesting reading. “Currently the general perspective offered by certain city officials, the broader public and certain commentators on the area, is that the PHA [Philippi Horticultural Area] is an area with declining production and disgruntled farmers who are simply waiting for the best price for their land before selling,” the report reads. “This view was not supported in the research findings.”

The report found that the local farmers were “frustrated” with rezoning applications; that the Departments of Agriculture and Rural Development should be criticised for not providing more support to the farmers; that the food produced in the area formed a vital part of local, low-income food systems; and that the area in general was of “critical importance”.

Similarly, a report compiled in 2009 by the ‘Philippi Horticultural Area Task Team’ recommended that the City should “retain the current extent of the designated horticultural area” and “ensure that its land use regulations facilitate farming and related activities and prevent the intrusion of urban activities”.

This isn’t the first time that the City has recently approved an extension to the urban edge, making one wonder what the point of the delineation is at all. In December the City gave the go-ahead for the urban edge to be extended to accommodate a potential 3,000-hectare property development called Wescape, near Melbosstrand, which has also attracted controversy and has also been defended on the grounds of Cape Town’s housing crisis.

Speaking to the Daily Maverick in May about the Wescape issue, UCT Architecture Professor Vanessa Watson said: “Given the long-term loss of agricultural land and growing issues of food insecurity, we should be doing everything we can to protect productive agricultural land”. Watson also said the supposed housing imperative story didn’t wash: “A 2010 City of Cape Town study showed that even at current low densities there is enough land within the urban edge to accommodate growth until 2021”.

Up until Wednesday, the rezoning of the Philippi land had only been greenlit by the mayoral committee, and still needed to be approved by Council. Avaaz lobbied urgently for Council to overturn Mayco’s decision at their sitting on Wednesday afternoon. But addressing the Council on Wednesday morning, De Lille described the decision as “responsible”, and urged those present to approve the moving of the urban edge. They complied – the item passed on Wednesday afternoon, despite the outspoken objections of the ANC and provincial Cosatu head Tony Ehrenreich.

Ehrenreich has been accused of hypocrisy on the matter, however, because the previously-mentioned Rapicorp 122 company which purchased Philippi land for rezoning and development is reportedly part-owned by the Paper Print Wood and Allied Works Union – a Cosatu affiliate. “Ehrenreich opposes amending the urban edge in Phillipi,” tweeted DA councilor Benedicta van Minnen. “Can he please explain why Cosatu is developing the adjoining land?” Ehrenreich did not respond to the Daily Maverick’s request for comment on Wednesday evening.

The City maintains that enough horticultural land will be left even after the rezoning to continue producing vegetables at the current rate, despite what the reports cited above might imply. “We have a raft of information available to us to make an informed decision,” Bloor told the Daily Maverick. He said that the Council had taken into account the expressions of public disapproval on the issue, including the Avaaz petition.

“We have considered all factors,” Bloor said. “Ultimately, Council has to act in the broader interests of the city. In this case we have created a scenario where substantial housing will be provided, while at the same time acting to secure the long term future of the areas as a whole.” It will now be up to MEC Anton Bredell, the provincial Minister for Local Government, Environmental Affairs and Development Planning, to see if he agrees. DM