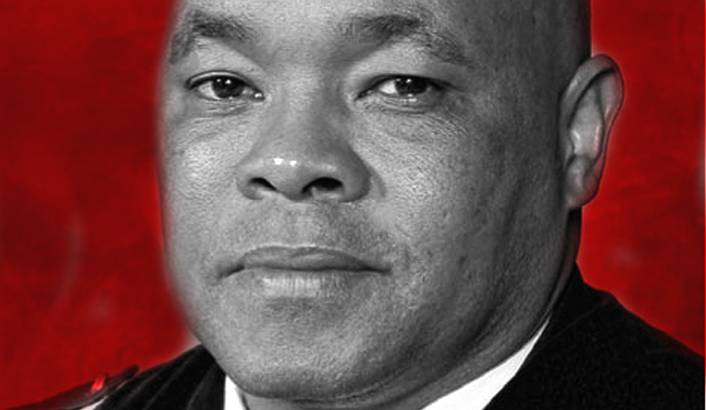 It is “critical” that funding by the National Empowerment Fund of a luxury boutique launched by magazine publisher Khanyi Dhlomo must be in line the NEF’s mandate, says the South African Chamber of Commerce and Industry (Sacci). Sacci welcomed the probe announced by trade and industry minister, Rob Davies. The NEF funded Dhlomo’s Luminance shop in Hyde Park to the tune of R34.1 million. Davies said he wanted to “hear whether the transaction has or has not been within the framework that we have been articulated for, on empowerment. It must support productive sector entrepreneurship and support local productive activity in our country”. CEO of the NEF, Philiswe Mthethwa – wife of police minister Nathi Mthethwa – was a legitimate investment.

The Western Cape High Court has set aside a decision by the province’s education department to close 17 schools in what MEC Donald Grant called a “a sad day for education”. High Court Judges Andre le Grange and Nape Dolamo said the reasons given for the closures were brief and that the public consultation process was an “artificial formality”. Le Grange also said the reasons Grant outlined for possible closures were largely inadequate and irrational. In a minority judgment, Judge Lee Bozalek said he would have set aside Grant’s decision only for Beauvallon Senior Secondary School, and that the other schools had failed to make a case. Grant was ordered to pay the legal fees of the schools and their governing bodies.

AngloGold Ashanti will be cutting jobs to save on costs, the mining company has confirmed. Spokesman Alan Fine told Sapa AngloGold would reduce numbers in Johannesburg and “other regional offices all over the world”. Fine said his understanding was that the job cuts would but “substantial but not that substantial”. Earlier reports in Business Day said the mining operation planned to cut jobs at its Johannesburg headoffice from 1,000 to 220, and that 1,700 jobs were at stake at the Blyvoor mine. The gold mining industry is in the midst of wage talks. The Commission for Conciliation, Mediation, and Arbitration (CCMA) has appointed assigned two mediators to help end an impasse between unions and the companies involved.

The ANC says it will leave office in Tlokwe, allowing the Democratic Alliance mayor, Annette Combrink, to take office five weeks after mayor Maphetle Maphetle was ousted for the second time. The party will also withdraw its urgent application for leave to appeal a decision by the North Gauteng High Court, which dismissed an application by Maphetle to nullify the council meeting at which he was unseated. DA North West leader, Chris Hattingh, told Sapa that the ANC’s chairman in North West, Supra Mahumapelo, told him Maphetle would vacate the mayor’s office on Wednesday. “We wait to see if that really happens,” Hattingh said.

An alleged ‘drug house’ in Cape Town’s Grassy Park has been petrol bombed by a group of men and a resident in the house shot dead. The Cape Argus reported that Thomas died in the street outside the burning house. Police are investigating a case of murder and arson. Chairman of the Grassy Park community police forum, Phillip Bam said the community had complained for years about drug dealing at the house. Police had raided it on several occasions. Bam said he wasn’t calling the incident a vigilante attack, as police were still investigating the case. He said vigilantism must be condemned “even in scenarios where communities feel that the police have let them down”.

The woman who sent former gang boss Rashied Staggie to jail for her kidnapping and rape has been shot and is fighting for her life in the GH Jooste Hospital. Gunmen shot the woman in her head, neck, face, back and hands, and killed her male friend in Manenberg, the Daily Voice reported. Staggie is due to be released on parole on 24 September. Police spokesman Captain FC van Wyk said the couple was walking home when the gunmen opened fire on them. He said police were on patrol nearby when they heard the shots and found Romano Oliver dead and the woman severely wounded. Staggie and co-accused Randall Bosch were found guilty in 2003 of kidnapping and raping the victim who was then in her teens.

The SA National Roads Agency Limited (Sanral) is trying to raise R1.48 billion it needs to service debt on the Gauteng Freeway Improvement Project. Toll and traffic manager Alex van Niekerk told Sapa Sanral’s financial situation would reach “critical” stage in the next three months. The e-tolling plan that was meant to fund the project has not yet begun due to sustained public and union opposition. Van Niekerk said the monthly cost of e-tolling infrastructure was costing Sanral R25 million a month. The agency is still waiting for the Transport Laws and Related Matters Amendment Bill to be passed and for the Opposition to Urban Tolling Allowance (Outa) to take the matter to the Supreme Court of Appeal in Bloemfontein in September.

MANNING JUDGMENT WILL HAVE A CHILLING EFFECT AROUND THE WORLD.

South Africa’s Open Democracy Advice Centre (ODAC) says the conviction of Bradley Manning, the source of the WikiLeak’s disclosures, will have a “chilling effect” on whistleblowers around the world. “We have so many examples of national security whistleblowers, whose brave actions have saved lives and money. People like Roberta Nation in South Africa have spoken out on wrongdoing in the state security agencies, and been vicitmised.” said Alison Tilley at ODAC. Manning faces a maximum sentence of 136 years in military jail.

“We think this points to the importance of the introduction of whistleblower protection in the Secrecy Bill.” DM