Who benefits from inflation-targeting? 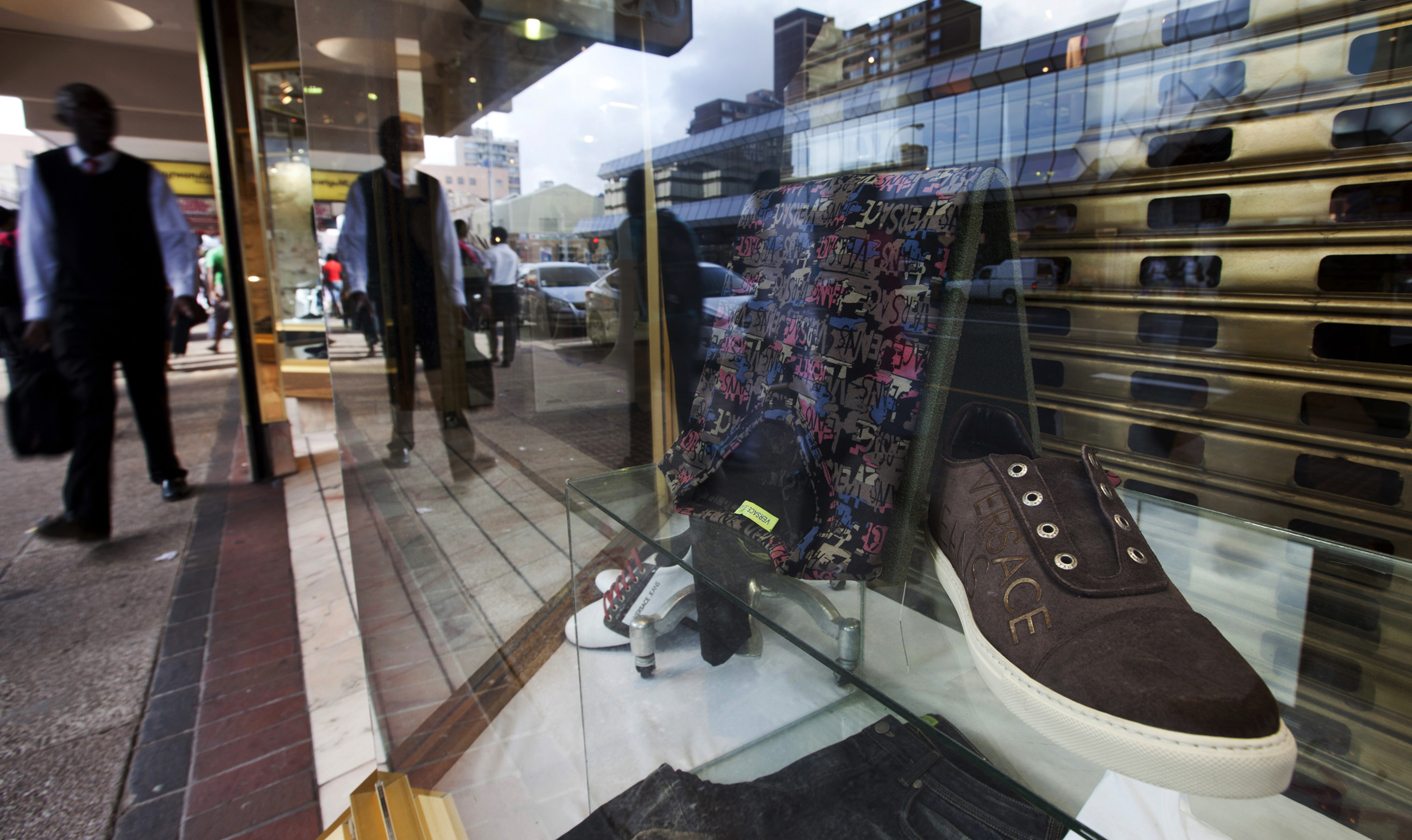 Right now, SA faces an unprecedented threat to small and medium enterprises, but also face an unprecedented opportunity to fast-track decisions that otherwise would take years to push through countless layers of bureaucracy say the writers. (Photo: REUTERS / Rogan Ward)

On Wednesday last week, Statistics South Africa (StatsSA) released the June consumer price index numbers. Headline inflation surprised the market by only increasing 5.5% year-on-year. Analysts are talking about monetary policy remaining looser for longer, while estate agents are sharpening their smiles. Some economists agree with the inflation-targeting policy and framework, others vehemently oppose it. What should be beyond debate is that the CPI ‘basket’ only has relevance to the richest 10% (or maybe 20%) of households. By PAUL BERKOWITZ.

The graph below represents the official inflation rate, from January 2009 to June 2013, derived from StatsSA’s headline CPI figures. The shaded band refers to the Reserve Bank’s inflation target of between 3% and 6%.

In recent months inflation has threatened to rise above 6%. When the June 2013 inflation figure came in below market expectations at 5.5%, a general sense of relief swept the business world. A weaker rand, higher oil prices, high wage demands in the platinum industry and the ever-present pressure from administered prices had all raised the risk of higher inflation.

The Reserve Bank has, for the most part, fulfilled its inflation-targeting mandate. But how well does its mandate serve the interests of the majority of South Africans?

These are the official figures as per StatsSA’s CPI 2012 weights release. This does indicate some sort of trend in reducing the inequality of household spending, but not by much: according to the 2008 weights the richest 20% contributed 64% of total spending while the poorest 20% made up 3.2% of total spending.

For most of the last four and a half years the inflation rate of the richest households has been lower than the official inflation rate. In fact, inflation has been below 6% for this group since early-2010.

It’s not surprising that the inflation experienced by poorer households is also more volatile than the official inflation rate. These households are the least able to absorb shocks to their monthly budget but they’re the ones most at risk to such shocks.

So far only the facts have been presented, and from here there are many directions that the discussion can take. These include a debate over the role of government in lowering the costs of public transport and whether high food prices contribute to the poverty of the poorest. These discussions are beyond the scope of this article but they are important discussions to have.

The merits (or lack) of the country’s monetary policy, particularly the inflation-targeting regime, are also part of a wider discussion. What is beyond debate is that inflation targeting isn’t particularly pertinent to poorer households. The policy framework is constructed using a measure that is skewed heavily in favour of the richest households’ experience. A policy framework that is only relevant to the richest 20% of the population hardly seems the best way to confer universal benefit from the policy itself.

This election year, if the various parties want to reach the populace, they’re going to have to at least pretend to grapple with the issues that are important to them. The official inflation rate is not one of those issues. DM