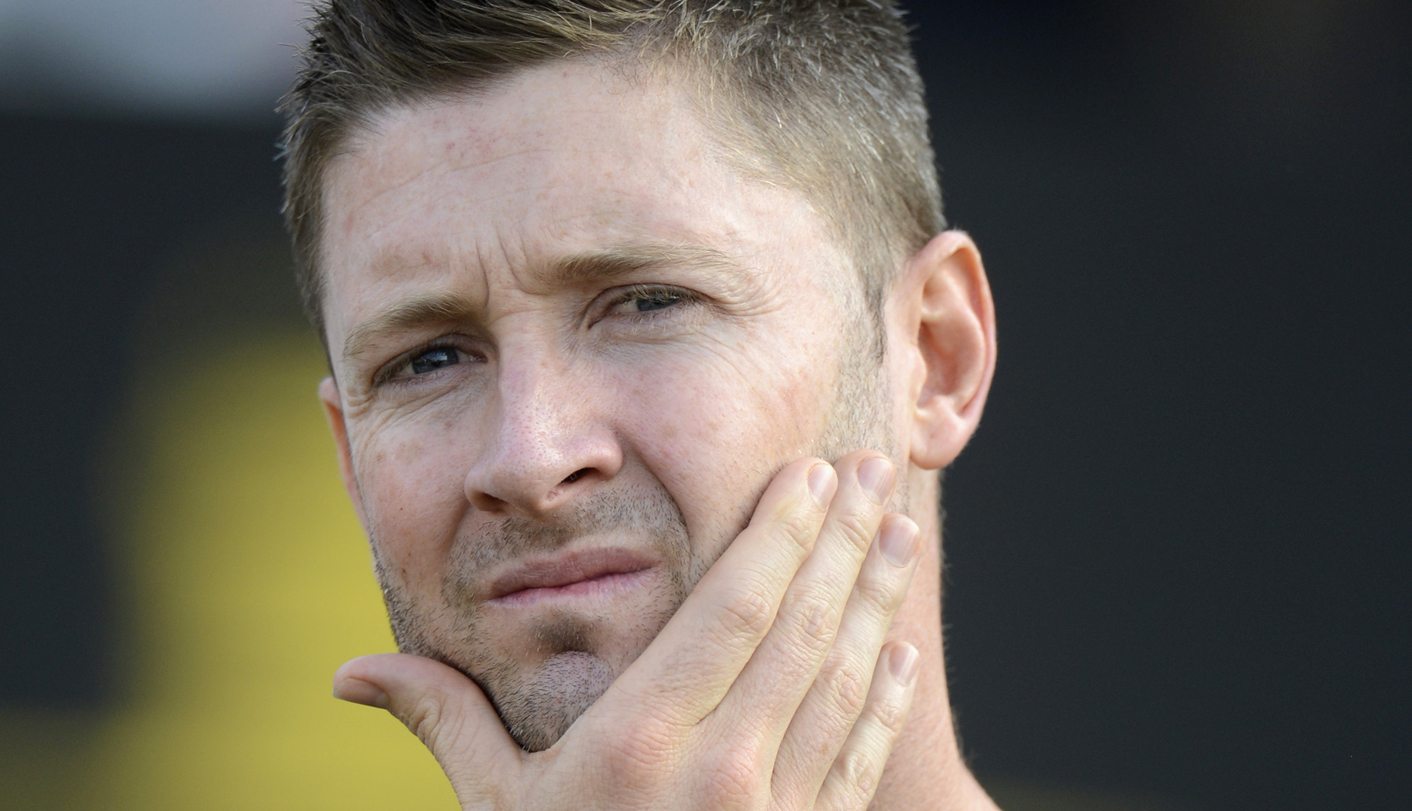 A winning formula for Australia might not be quite as simple as shifting Michael Clarke back to number five, but if statistics are anything to go by, at least it will help with getting some runs on the board. With Steve Smith in doubt through injury, the selection pickle might be an easy one for the Australian think-tank. By ANTOINETTE MULLER.

Michael Clarke isn’t far from becoming that proverbial camel whose back encountered the final straw. Something is rotten in the state of Australian cricket, and it has been for quite some time – but nothing is quite as rotten as the position Clarke is currently batting in.

Clarke batting at number four is a “take one for the team” scenario. But what is the point in trying to strengthen one position while weakening two in the process? The statistics are damning. Clarke averages just 21.51 in the 20 games he has batted at four. Batting at number five, he averages 63.41 – 20 out of his 23 Test tons have come there in the 65 games he’s played in that position. He’s never even scored a hundred batting at four.

The number four position is reserved for the most astute players in the team. Some of the best batsmen in the world have graced this position with flair and success. From Brian Lara to Kevin Pietersen, many legends and memorable knocks have been drummed up here and it even holds an overall average of 41 in Tests – no other batting position has that honour. Australia’s best player is Clarke, there is no doubt about that. Since the retirement of some of Australia’s big names, Clarke has been forced to suck it up and bat at four, with nobody else to fill the spot. Yet he hasn’t quite adapted to the slot.

Many will think that it’s because Clarke hasn’t had an extended run in the number four spot. However, he has played 20 innings in a row in there and managed to average just 23.15. He moved there right after scoring two back-to-back hundreds.

It is unfair to put the burden of being the number four on Clarke. Along with the burden of captaincy and being the only really good player in the team, Clarke has far too much on his plate, or his back.

Batting order certainly does matter and the Australians find themselves in an unbearable scenario of batting disorder. Currently, there is nobody else good enough to bat at number four. A reprieve would do wonders for the skipper, but who can fill the void?

The only player who has been considered for that position is David Warner. He rejoined the squad on Monday after being sent to repent for his behavioural sins. He hit 193 batting at number four for Australia A against South Africa A.

While the track was flat, Warner’s worth cannot be underestimated. He is feisty (too feisty for some) and is good at occupying the crease. The thought that he spends most of his time bashing about balls is not true. He has the ability occupy the crease for a reasonable amount time, something Australia is in desperate need of.

Warner at number four is something the Australian think-tank has been pondering since Mickey Arthur was in charge. That leaves just one question: who drops out?

Shane Watson and Phil Hughes have both failed to make the most of their time in the Ashes, with Hughes looking solid in just one innings and Watson looking technically inept with both the bat and DRS. Watson has wrangled his way back into the opening slot and failed to prove that he deserves it. If Clarke were still a selector, there’s no doubt it’d have been Watson to get the chop. The Aussies’ selection dilemma might have been made a bit simpler with Steven Smith struggling with a back injury. Smith missed training on Tuesday and the Australians remain confident that he will pass his fitness test come Thursday, but with back injuries one can never be too sure. Smith’s absence will certainly be felt. He was the only centurion at the Australians’ tour match in Hove over the weekend and aptly applied himself at Trent Bridge in the first Test. He was also a surprise with the ball at Lord’s, taking three wickets in the game on a track which offered just a bit of the spinners. With Old Trafford expected to turn significantly more, losing Smith will be a big blow for the visitors.

Whatever happens, Australia have to win at Old Trafford in order to keep the Ashes alive. Whether a simple shift in the batting order is enough to get them back to being able to compete with England remains to be seen. DM