Malians flock to vote in bid to rebuild broken nation

Malians flock to vote in bid to rebuild broken nation 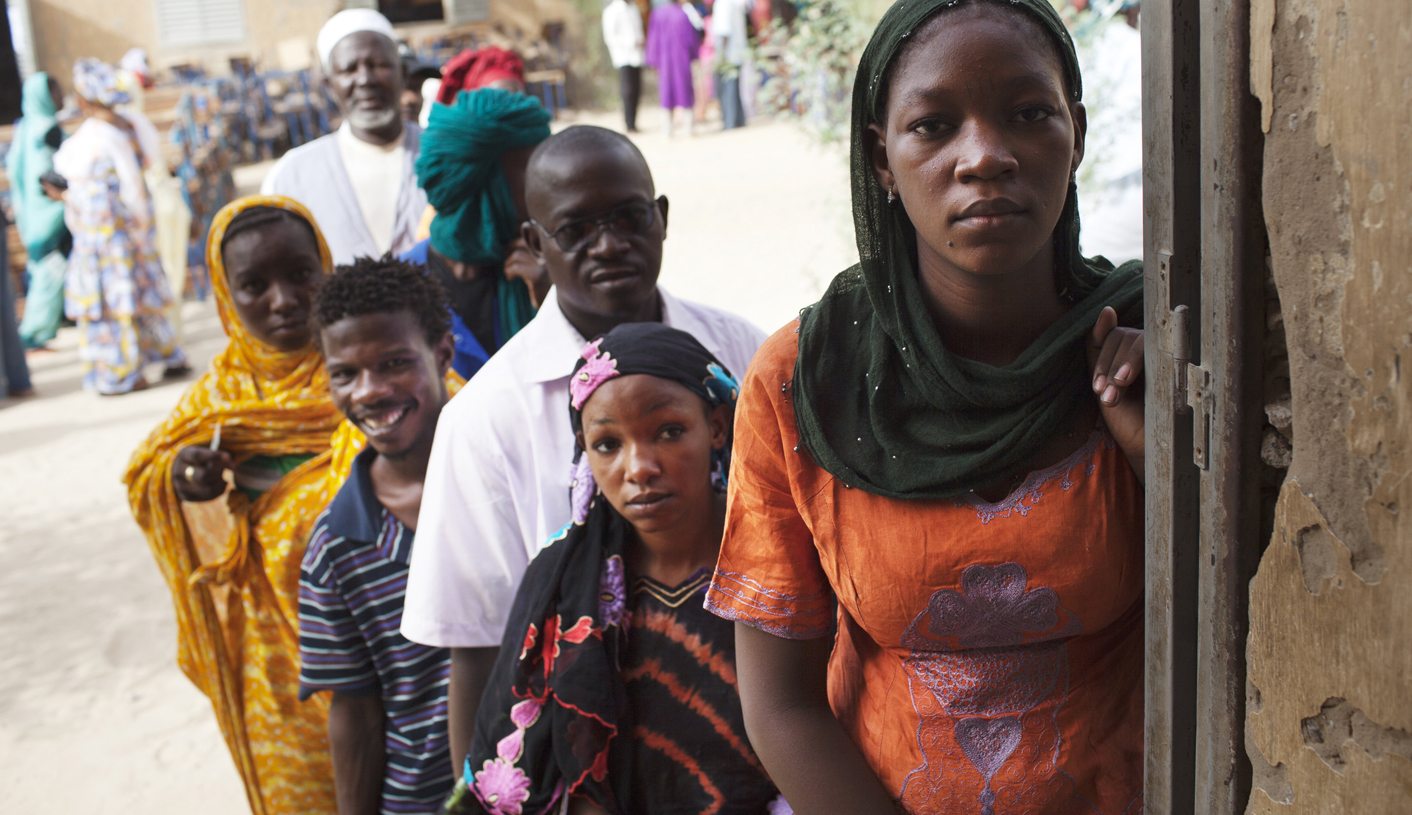 Ballot counting began in Mali after voters turned out in large numbers on Sunday for a presidential election they hope will provide a fresh start for the West African nation after more than a year of turmoil, war and an army coup. By David Lewis and Adama Diarra.

Observers said they had not yet received reports of major incidents, a positive sign that Mali is moving toward recovery after a March 2012 coup followed by the occupation of the desert north by separatist Tuareg rebels and al Qaeda-linked fighters.

Months ago the Islamists were marching south, until French troops arrived in January and defeated them, scattering them into the deserts and mountains. Post-coup politics had paralysed a nation once touted as a model democracy.

“People are motivated this time as we have been in this crisis for too long,” said Lamissa Coulibaly, a secondary school teacher in the lush, bustling riverside capital, Bamako.

“They were told that whoever their candidate was, they had to get out and vote. People are starting to understand that elections are about more than t-shirts and free sugar,” he said.

After some initial delays, Malians crammed into courtyards of schools turned into polling stations for the day. Across the country, polling stations were protected by Malian, French and U.N. troops.

“I have worked in eight elections and I have never seen this level of turnout,” said Mahamar Maiga, an election worker.

The high participation rate could breathe life into Mali’s 20-year-old democracy, whose frailties were exposed by the coup last year.

The APEM network of 2,100 Malian election observers said most of the country’s 21,000 polling stations had opened on time and turnout was “high”, but voting was extended in some locations after delays.

Most polling stations visited by Reuters journalists in Bamako recorded participation between 55 and 65 percent. Turnout in Timbuktu town was over 50 percent in the centres visited.

Turnout for a presidential election in Mali has never topped 40 percent. Just 25 percent of the capital’s registered voters took part in the last presidential race in 2007.

In Timbuktu, seized by al Qaeda-linked rebels last year, Malian soldiers manned roadblocks. People voted in large numbers in defiance of a threat from an Islamist group to attack polling stations. No incidents were reported during the day.

“We are still scared, but we are proud of being Malian and risking our security to come and vote,” said Maty Balkissa Toure, a 25-year-old Timbuktu resident.

Residents reported high security around voting in Kidal, where just 30,000 votes are at stake but the stand-off with Tuareg MNLA rebels has not yet been resolved.

Chief EU observer Louis Michel, who travelled to the town, said he had witnessed low early turnout but said voting had remained relatively calm. Some MNLA supporters in front of polling stations tried to convince people not to vote, he added.

A U.N. source said there were reports of MNLA rebels preventing people from voting around Menaka, in Gao region, though it was not immediately clear how many were affected.

Elsewhere in the country, some voters struggled to find the right polling station or complained their names were not on lists even though they were carrying the correct ID cards.

But Michel said: “I have not been told of any serious incidents so far that have dented my confidence in the vote.”

Mali’s 6.8 million registered voters chose from 26 men and one woman. The field included two former prime ministers – Ibrahim Boubacar Keita, known universally as IBK, and Modibo Sidibe. The two are expected to be among the top finishers.

Soumaila Cisse, a respected economist, former finance minister and native of the region of Timbuktu, is also among the leading candidates. Relative political newcomer Dramane Dembele, chosen as the candidate of Mali’s largest party, ADEMA, could appeal to young voters.

Provisional results are expected from the interior ministry on Tuesday. A second round is due to take place on Aug. 11 if no candidate wins more than 50 percent of the vote.

World powers, led by France, have been pushing for the vote to be held to replace the weak interim administration that has led the country since April 2012. Some experts had warned that a rushed election might lead to challenges and further crises.

But those concerns were largely assuaged on election day.

Mali’s interim President Dioncounda Traore said the vote had been the best the country had organised since independence in 1960.

“Democracy is the law of the majority. I ask that all candidates accept the result of the ballot boxes,” he said.

Before last year’s collapse, Mali, a poor nation straddling the south of the Sahara, had built up a reputation for stability and become Africa’s No. 3 gold producer. Donors who slashed aid after the coup have promised more than 3 billion euros in reconstruction assistance after the election.

The new president will have to oversee peace talks with Tuareg rebels who agreed to allow the vote to take place in areas they operate in but have not yet disarmed.

A successful vote will also allow France to scale down its military presence in Mali from around 3,000 troops. A 12,600-strong U.N. mission is rolling out.

Donors are hoping that by voting in large numbers Malians will revive a democracy that, although it may have been touted abroad as a model of stability, failed to mobilise enthusiasm at home, fostering a corrupt, weak system that lacked checks and balances.

“This rebellion and the coup may have taught us a lesson that we need to build a proper democracy,” said Gossy Dramera, a member of parliament on his way to vote. DM