Analysis: Maybe we expect too much from SADC on Zimbabwe 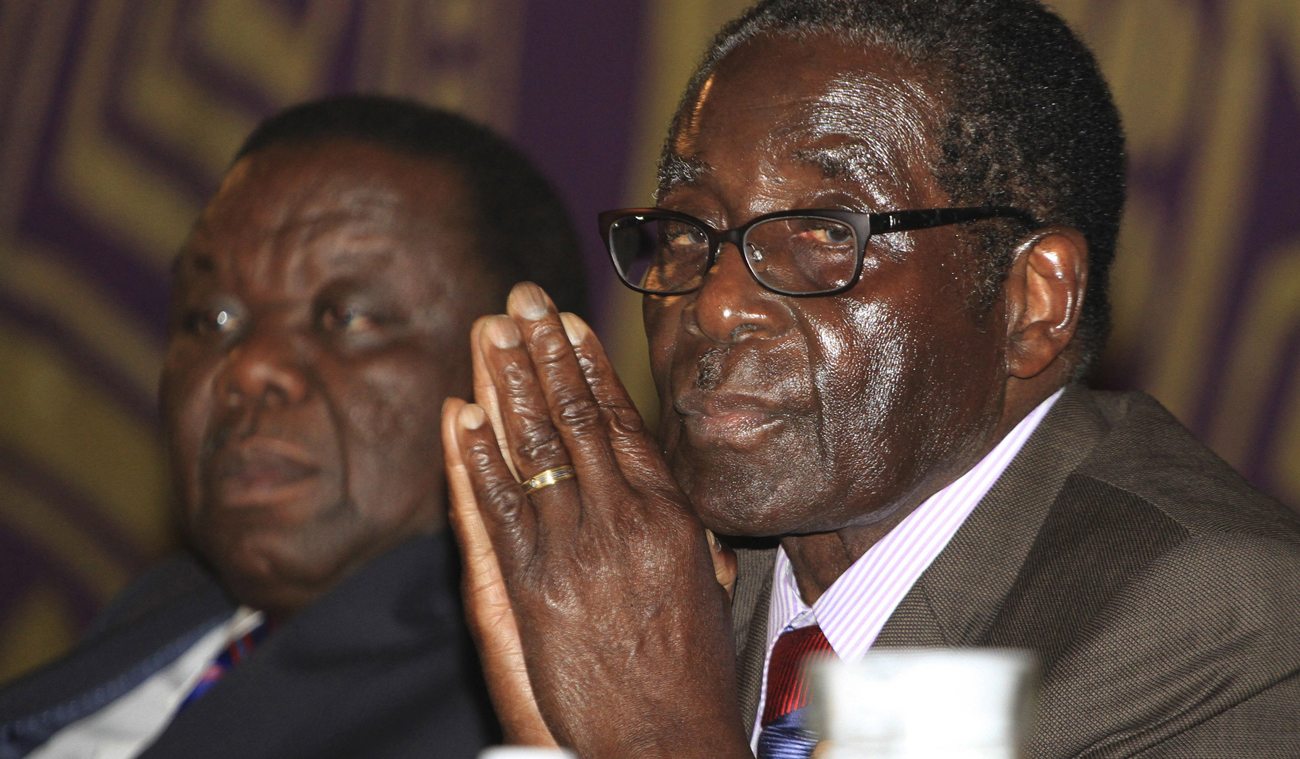 Every time Robert Mugabe says or does something outrageous, critical eyes are cast in the direction of SADC – who are meant to be guaranteeing free and fair elections, and shepherding in genuine political reform. SIMON ALLISON argues that, in a region where no one likes to rock the boat, SADC are more interested in maintaining the status quo in Zimbabwe.

It’s rather touching, the faith that we put in our regional body – even if it is misplaced. In all the furore over Robert Mugabe’s comments about that “idiotic street woman” Lindiwe Zulu, and her subsequent scolding from Jacob Zuma, there has been plenty of debate about the role of the Southern African Development Community (SADC), and whether indulging Mugabe’s narcissism is really the best way to guarantee free and fair elections in Zimbabwe. There has been rather less debate about whether that’s what SADC really wants to achieve.

The evidence does not necessarily support this conclusion. SADC, remember, is a representative body, except it doesn’t represent the likes of you and me. It represents governments, specifically those of its 15 member states (14, if you take into acount Madagascar’s suspension) – and those governments aren’t exactly the most progressive or enlightened around. In fact, with a couple of notable exceptions, the record of SADC member states for holding genuinely competitive elections is dismal.

Think about it. In Angola, Jose Eduardo dos Santos has held onto power since 1979 in what remains, effectively, a one party state. Botswana has been ruled by just one party since independence, with no serious opposition – this is also true for Mozambique, Namibia and Tanzania. The last election in the Democratic Republic of Congo was highly problematic and clearly fixed, at least in part. Swaziland is an absolute monarchy, one of the last remaining in the world. The ruling party in the Seychelles seized power in a coup in 1977 and created a one party state; they haven’t lost an election, or come close, since the return to multiparty politics in the early 1990s.

And in South Africa, despite an obvious commitment to the democratic process, the ANC has strolled to election victories in every national poll since 1994.  The party has no experience, yet, of an opposition that poses a genuine threat to its power, or elections in which something other than a two-thirds majority is at stake.

That leaves Lesotho, Malawi, Mauritius and Zambia as the only real flag bearers for the kind of oppositional democracy in which elections are more than just a rubber-stamping exercise, each having experienced at least one vote in which the people decided to install a new government – and were allowed to do so.

Yet, despite this obvious lack of experience with oppositional democracy, SADC has taken the lead in facilitating and overseeing Zimbabwe’s upcoming elections. This is a bit like letting Kenny Kunene run the gender commission, or putting Lance Armstrong in charge of drug testing at the Tour de France. If we’re surprised when SADC leaders aren’t falling over themselves to criticize Zimbabwe’s chaotic poll preparations, or elicit guarantees that violence won’t be used, or publicly investigate claims that the vote has already been fixed in Zanu-PF’s favour – well, that’s only because we’ve forgotten who SADC really represents.

Nonetheless, SADC’s leaders – Jacob Zuma chief among them, in his role of Facilitator – need Zimbabwe’s elections to go well. SADC has invested just about all of its political and diplomatic capital in overseeing Zimbabwe’s rehabilitation, and were instrumental in establishing the government of national unity which has just about kept Zimbabwe from complete anarchy. The interim government’s most notable achievement has been rescuing the Zimbabwean economy by replacing worthless Zim dollars with the altogether more reliable US dollars – an achievement for which SADC, by laying the groundwork, deserves some credit.

All this, however, will have been for nothing if the elections are obviously rigged or if there is a return to the kind of post-election violence which precipitated Zimbabwe’s political crisis in 2008. Unless Zimbabwe pulls off a credible election, SADC will have failed spectacularly after five years of assuring everyone who asked that its ‘quiet diplomacy’ had everything under control.

These are all things we’re likely to see in Zimbabwe, given the chaos in the build-up to the polls and Zanu-PF’s tight control over the key levers of power: the electoral commission and the security forces. And all will mitigate in favour of another Robert Mugabe election victory, thereby preserving the status quo so beloved of SADC leaders, and, oddly, decreasing the chances of widespread violence, which is far more likely if Mugabe loses (as was the case after the first round of the election in 2008).

It’s a win-win situation for Mugabe and his fellow southern African leaders, who prize regional stability above all else. Zimbabwe’s long-suffering citizens have less to gain. DM