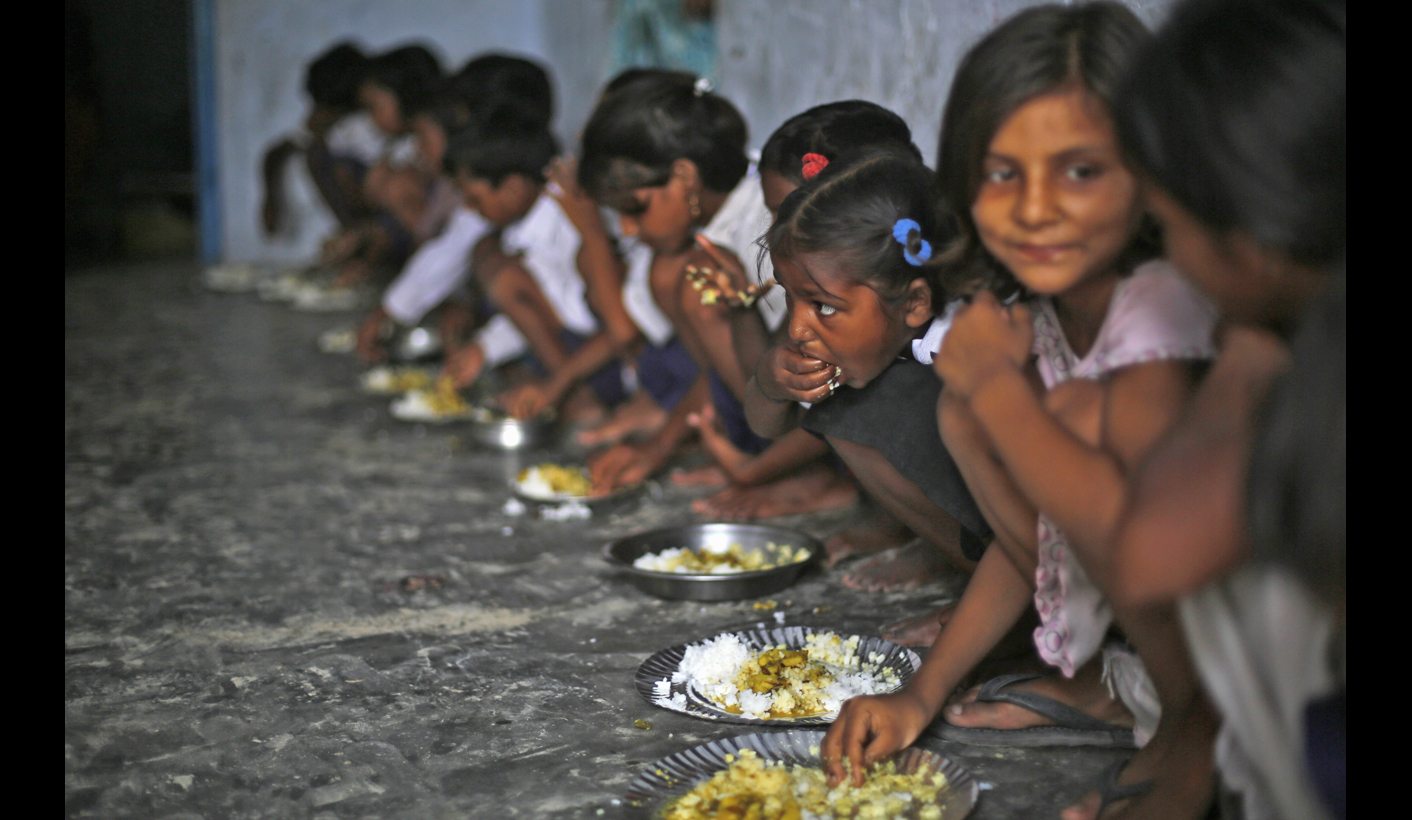 The village school in India where 23 children died by poisoning last week had been providing lunch under a government-sponsored scheme without checks or monitoring by local officials to see if the food was stored carefully or cooked properly. By Annie Banerji and Anurag Kotoky.

Although it is the first such disaster in the “midday meal” project that feeds about 120 million children every day across India, a Reuters review of audit reports and research papers shows officials have long ignored warnings of the lack of oversight and accountability in the programme.

“You only come and do checks when you get complaints or when there are serious cases,” said Rudranarayan Ram, the local education administrator for the village of Gandaman in Bihar state, where the children died. “This was the first time.”

The poisoning, which police suspect was caused by storing cooking oil in a used pesticide container, killed the children so quickly that some died in their parents’ arms while being taken to hospital.

Ram, who was tasked with monitoring the programme, said the headmistress of the school, who has fled, bought the food and the oil in which it was cooked. He just doesn’t know from where nor how the items were stored.

Although fatal contamination is extremely rare in the midday meal scheme, auditors in several states have described unhygienic conditions in which the food under the programme is prepared and served, and the poor quality of food itself. Two audit reports by the state governments of Andhra Pradesh and Madhya Pradesh have said the food in the scheme was often laced with stones and worms.

Another survey by the Indian Institute of Management noted children in Gujarat state were made to wash up after their meals by “rubbing the playground soil on the plates and then giving a quick rinse”.

“If the government checks, they will find that the children who have been eating midday meals are under great physical threat,” said Ajay Kumar Jha, professor at A.N. Sinha Institute of Social Studies, who led a team to monitor the programme in Bihar in April.

The midday meal scheme of giving school pupils a free lunch is the largest such programme in the world. It has been widely lauded as one of the most successful welfare measures in India, home to a quarter of the world’s hungry, because it also boosts school enrolments and helps children to continue studies.

For millions of poor families, the lunch is the only full meal their children eat in a day. That encourages them to send them to school, and not keep them home to help with chores.

For this reason, despite being poorly managed, the scheme draws a lot of support from non-governmental organisations, rights activists and the United Nations.

“We need it. It’s one of India’s most well-thought of programs,” said Bharathi Ghanashyam, spokeswoman of Akshaya Patra, an NGO that provides school lunches.

Still, audit reports have highlighted the continuing failings of the programme, more than a decade after feeding children a cooked meal in schools was mandated by a Supreme Court order.

The problems include grain kept in decrepit condition in federal warehouses, and then often stored and cooked in poorly-equipped schools by staff with little or no training.

P.K. Shahi, the education minister in Bihar state, said there were no warnings from the federal government about the programme.

“There were general advisories for better hygiene. That’s all,” he told Reuters.

“In Bihar, the midday meal scheme covers 16-18 million children in 73,000 schools and it’s run by teachers and school management committees. I can understand the issues about hygiene given the scale of operation, the number of people involved, and given the fact that the individuals who run the programme are not experts in food.

“But you have to understand that (this) is a pure case of poisoning.”

Government guidelines for the programme are strict, including requirements for every school to display delivery details for grains received from federal stores and list other ingredients purchased. Kitchens should have lockable storage to check pilferage and ingredients should be stored in proper containers, say the hygiene and safety rules.

There should be regular inspections at the local and state level, according to the rules which are laid out by the Human Resources Development Ministry.

Experts say the problem is not lack of rules but poor implementation and a lack of accountability.

“Accountability and monitoring is weak to non-existent,” Suneetha Kadiyala, research fellow at the International Food Policy Research Institute in New Delhi, told Reuters in an email. “The right to food cannot be achieved (through any policy or legal instrument) unless the governance of programmes and their monitoring at grass roots is strengthened.”

In Bihar, a 2008 audit report showed that 563.75 metric tonnes of rice rotted in schools during a three-year period due to poor storage.

No “extra nutrients” such as vegetables or fruit were provided although expenditure of 598.7 million rupees (now about $10 million) was incurred by the government. Only 10 percent of the kitchens that were supposed to be constructed were complete as of March 2008, although funds were provided.

“There was complete absence of the internal controls, regular monitoring and evaluation of the Scheme as per the guidelines,” the 2008 report said.

NO LIGHTS OR FANS

Part of the problem is poor infrastructure. Thousands of schools in India do not even have their own buildings, and are run from community centres with no storage facilities. Many schools are no bigger than a single room.

The school where the children were poisoned is a tiny building with only one classroom for 50-60 pupils. The room has no lights nor fans and only a black painted rectangle on the wall for a blackboard.

The kitchen was a pile of bricks and charcoal in a corner outside the classroom and parents said the ingredients for lunch had to be brought in every day as there was no storage.

“These deaths could had been prevented with strict adherence to protocols for preparing the mid day meal,” said the United Nations Children’s Fund, after the Bihar tragedy.

Many states have faced criticism over the quality of food in the scheme and the way it is provided.

In the southern state of Andhra Pradesh, a recent pilot audit found underweight sacks of rice. In Madhya Pradesh in central India, a report in 2010 found half the schools did not serve meals regularly and cooks brought utensils from home.

In West Bengal, a 2010 report by Pratichi Trust, a research body founded by Nobel laureate Amartya Sen, called for more investments to improve the food quality.

Hygiene problems are exacerbated by a lack of fresh water and basic sanitation in some rural areas.

“We struggle to get basic clean water,” said Mridul Salgame, who runs the non-profit Foundation of Food Research and Enterprise for Safety and Hygiene (FRESH). “In remote areas of Bihar and Rajashtan, they have to filter out muddy water and drink it.”

Salgame wants action and emphasises the victims of these failings are children.

“The time has come to take it up on a war footing,” she said. DM

Photo: School children eat their free mid-day meal, distributed by a government-run primary school, at Brahimpur village in Chapra district of the eastern Indian state of Bihar July 19, 2013. Police suspect that India’s worst outbreak of mass food poisoning in years was caused by cooking oil that had been kept in a container previously used to store pesticide, the magistrate overseeing the investigation said on Friday. REUTERS/Adnan Abidi