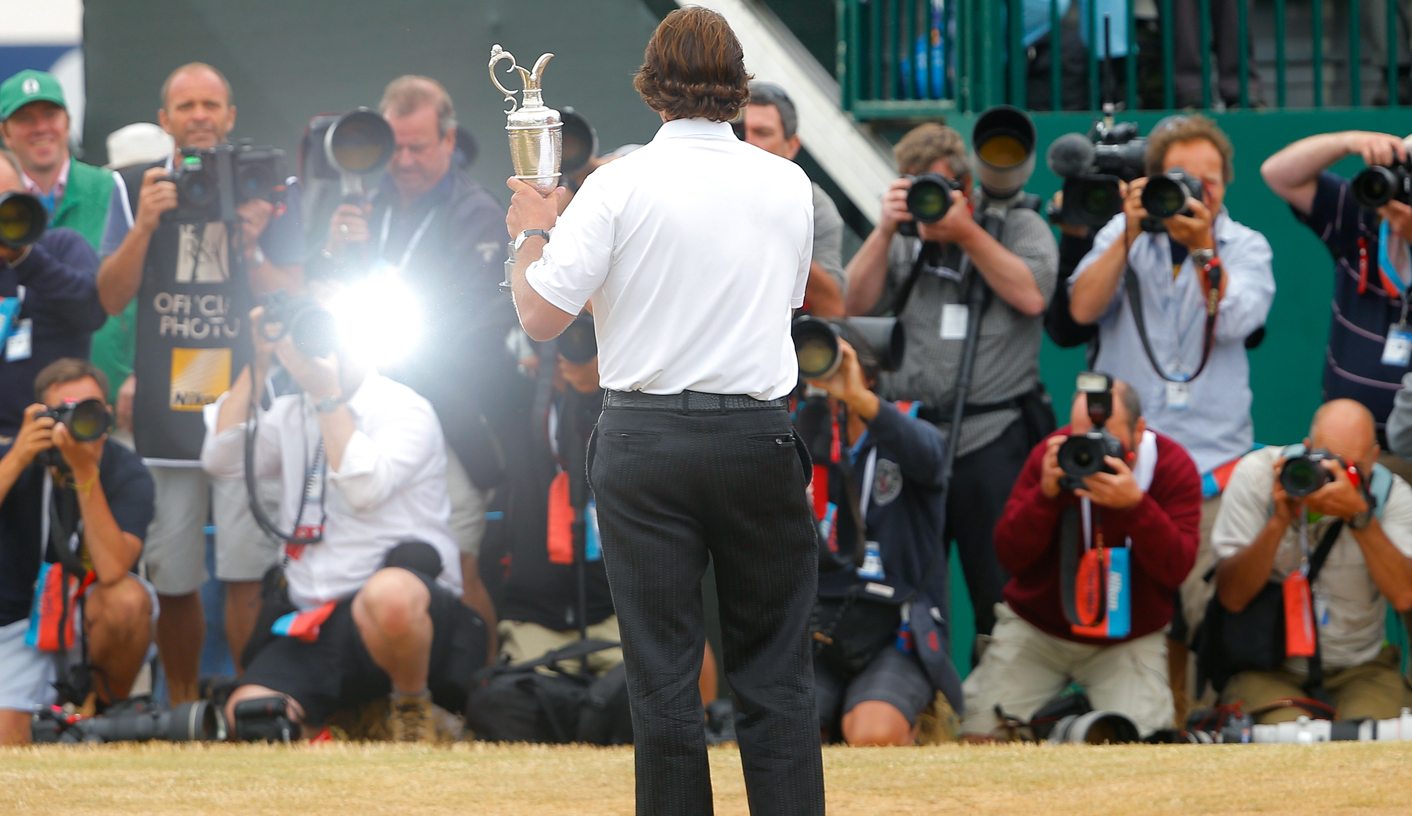 After huffing and puffing at the British Open so often in the past, Phil Mickelson finally blew the house down by romping to a three-shot victory over Swede Henrik Stenson in golf's oldest major on Sunday. By Tony Jimenez.

The American left-hander took advantage of a jittery last round from overnight leader Lee Westwood by firing a five-under-par 66 for a three-under tally of 281 on a cool and breezy day on the east coast of Scotland.

Mickelson was the beneficiary of a fortunate bounce with his approach shot at the last and after rolling in a 10-foot birdie putt he raised both arms in the air before hugging Jim ‘Bones’ Mackay as his long-serving caddie wiped away some tears.

Muirfield once again lived up to its reputation for providing great champions as the popular Californian picked up the fifth major title of his career.

It was Mickelson’s 20th appearance at the British Open and only the third time he had finished in the top 10.

“That was one of the best rounds of golf I’ve ever played,” he said as he cradled the coveted Claret Jug in his arms at the presentation ceremony at the conclusion of the 142nd Open.

“I could not be more proud to be your champion.

Stenson closed with a 70, ending up one stroke ahead of Westwood (75), Australian Adam Scott (72) and a fired-up Ian Poulter (67) who launched a spectacular last-day assault with an eagle-birdie-birdie-birdie burst from the ninth.

World number one Tiger Woods, like Westwood, was strangely out of sorts and never threatened to challenge for the first prize of 945,000 pounds ($1.44 million).

Fourteen-times major champion Woods, bidding to end a five-year wait for a win in one of golf’s big four events, could be heard muttering darkly to himself throughout the round as he slid to a 74 to take a share of sixth place on 286.

Mickelson, who won last week’s Scottish Open, said his triumph made up for the disappointment of losing out to Britain’s Justin Rose in the last round of the U.S. Open a month ago.

“The range of emotions are as far apart as possible following the loss at Merion,” added the 43-year-old.

“This is such an accomplishment for me. I just never knew I could develop the game that I needed to play links golf effectively.”

Mickelson was on the fringes of contention on the front nine but suddenly lit the blue touch paper on his game with birdies at the 13th and 14th.

The world number five, watched by wife Amy and his children, then delivered a dazzling coup de grace on the 575-yard 17th.

Mickelson reached the green with two crunching blows, crying ‘Go, Baby, Go’ as his second shot came to rest on the green, and the title was effectively secured when he two-putted for his sixth birdie of the round.

While the American was buzzing, Westwood felt deflated after wasting a glorious opportunity to end his wait for a breakthrough major victory at the 62nd attempt.

Hundreds of British fans started streaming towards the exits with the Englishman on the 17th hole.

The crowds, who had to contend with the coolest temperatures of the week and winds gusting up to 25mph, cheered patriotically for Westwood early on but the atmosphere fell flat around the turn as their man started to struggle.

“I didn’t play that badly today but the round came apart at the seventh, eighth and ninth,” said the 40-year-old. “I found three bunkers and each time the ball was plugged but that is the defence of the golf course.

“It seems like an over-40 championship now, it seems like you have to be 42 or 43 to win it,” he added, referring to the victories by Ernie Els last year and his close friend Darren Clarke in 2011.

Westwood was particularly irked when he was distracted at the seventh and found sand off the tee.

“I can’t believe you clicked your camera at the top of my back swing,” he fumed at a photographer.

Conditions were difficult for scoring, just as they had been all through the championship, and sub-par rounds were few and far between on Sunday.

Els finished in a tie for 26th place despite producing the shot of the day when his approach at the 17th bounced straight into the cup for an eagle three. DM