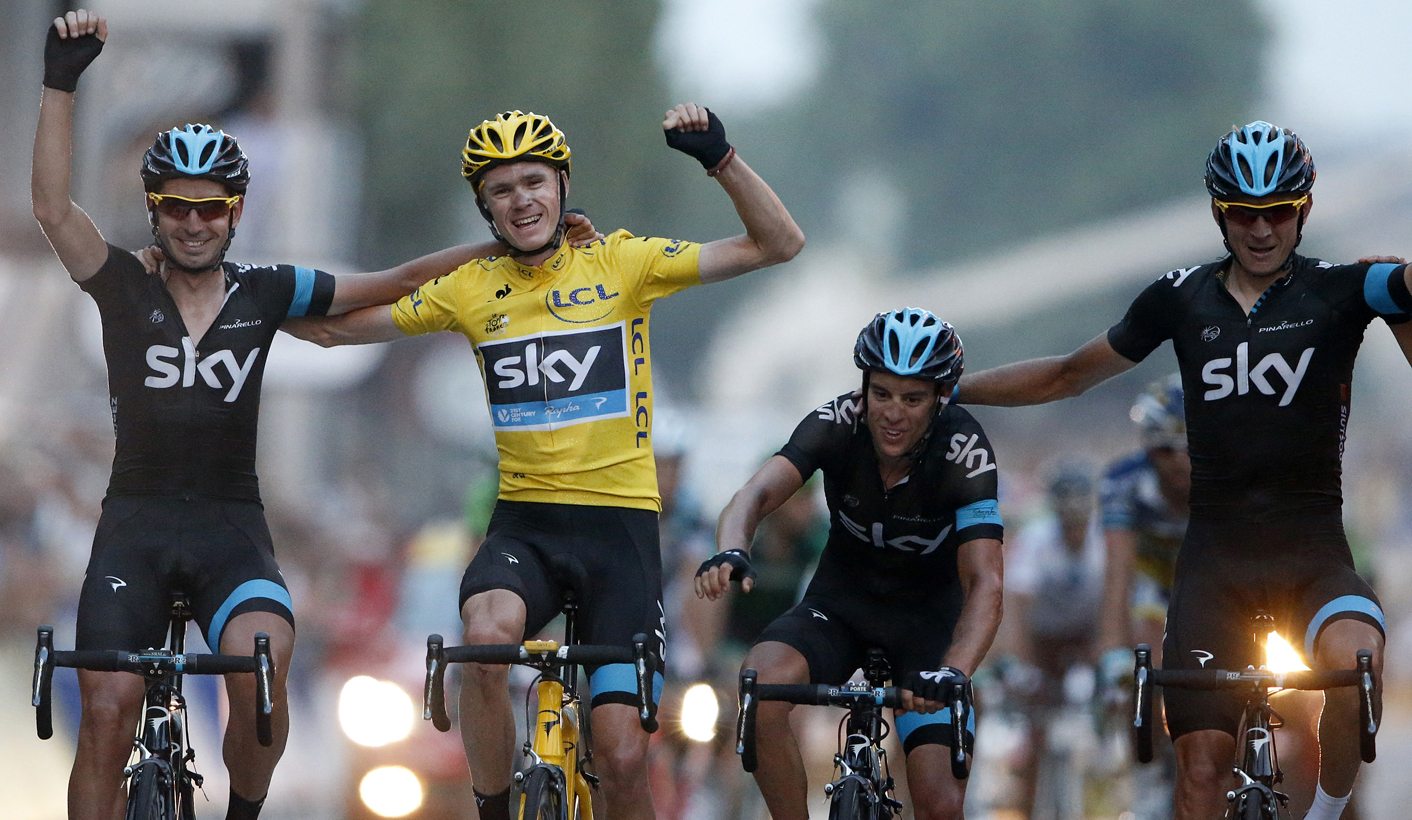 Chris Froome won the 100th edition of the Tour de France on Sunday to become the second British champion in successive years. By Julien Pretot.

Froome was untroubled on the 21st and final stage of the three-week race, a 133.5-km ride from Versailles to Paris and an evening sprint finish on the Champs Elysees won by Germany’s Marcel Kittel.

The Kenyan-born rider led Colombia’s Nairo Quintana by four minutes and 20 seconds in the overall standings, with Spain’s Joaquim Rodriguez third, a further 44 seconds back.

The 28-year-old Briton follows on from compatriot and team mate Bradley Wiggins, who sat out of this year’s race for health reasons.

Froome built his success on awe-inspiring attacks in the mountain climbs as well as his time-trialing ability. It quickly became clear that his rivals would have to fight for the other podium positions.

“This is one yellow jersey that will stand the test of time,” Froome said in his podium speech, in a reference to the doping scandals the sport has struggled with.

Froome sipped champagne with Team Sky principal Dave Brailsford and sports director Nicolas Portal as the peloton left the Chateau de Versailles in the late afternoon at a leisurely pace.

He finished arm-in-arm with his Team Sky team mates, who had dropped back from the main bunch and crossed the line in unison.

“Crossing the line with the guys brought tears to my eyes. I expected it to be big but this is something else,” Froome said.

“I think it is going to take a while to really sink in. This has been a spectacular race,” he added.

Quintana claimed both the polka-dot best climber’s jersey and the white jersey for the best young rider.

Rodriguez became the second rider to finish on the podium on all the grand Tours (France, Spain, Italy) without actually winning one.

Alberto Contador, the 2007 and 2009 champion, finished fourth after cracking on Saturday’s penultimate stage.

France’s Christophe Riblon, who won the spectacular l’Alpe d’Huez mountain stage, was named the most aggressive rider in the race.

Peter Sagan of Slovakia retained the green jersey for the points classification.

Kittel came out on top in a three-way sprint finish to the line, edging ahead of compatriot Andre Greipel and Britain’s Mark Cavendish who was looking for his fifth straight final-stage win.

Lieuwe Westra became the first rider to abandon the Tour on the Champs Elysees since 1977.  DM

The world’s oldest monarchy is running out of royals