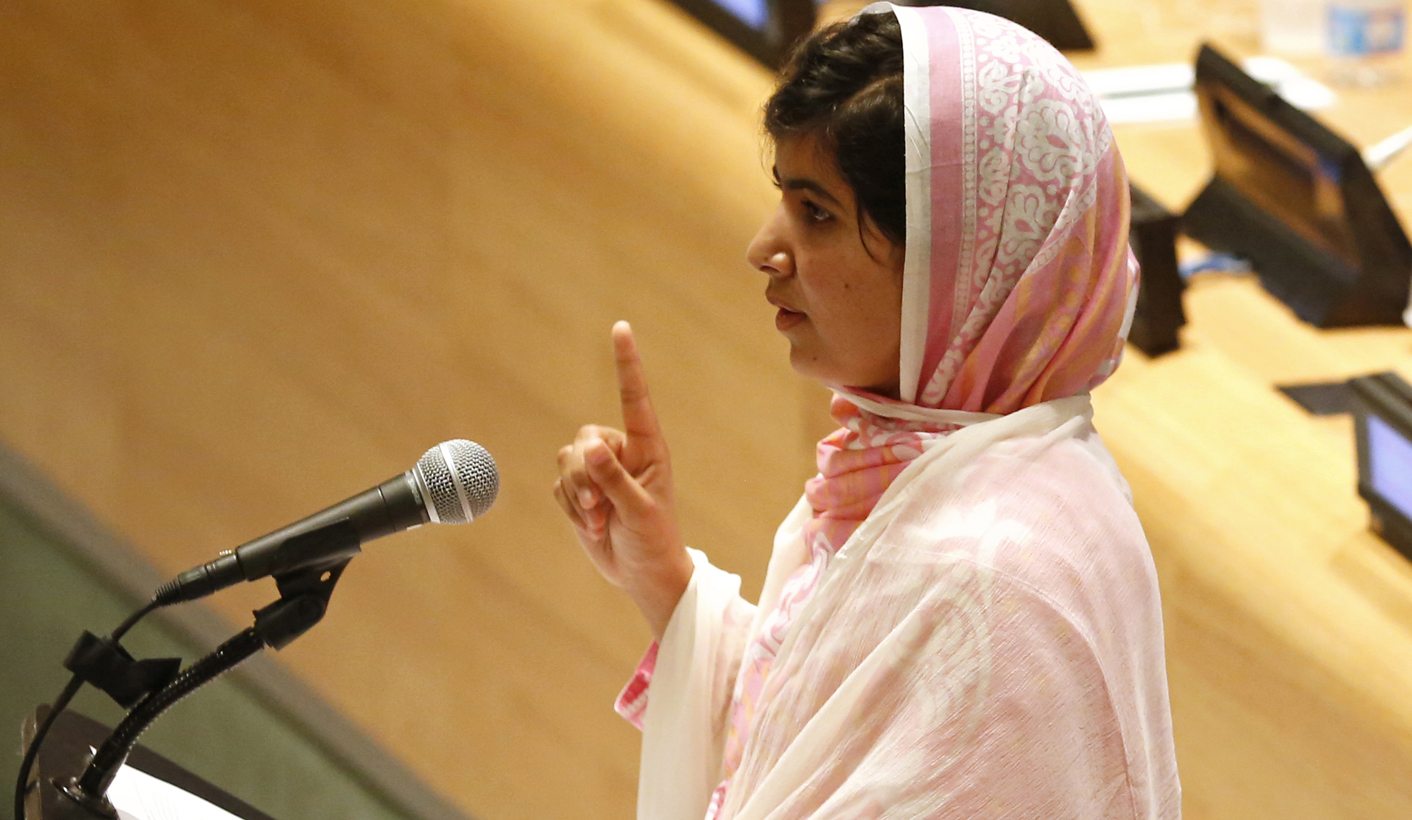 A Taliban commander has written to Pakistani girl activist Malala Yousafzai, saying he regretted her shooting last year by militants and urging her to come home. By REUTERS.

Yousafzai, now 16, was shot at close range by Taliban gunmen in October as she left school in Swat Valley in northwestern Pakistan. She was flown to Britain for treatment and has not returned since due to persistent Taliban threats against her.

On July 12, she addressed the world in an electrifying speech at the United Nations in which she said the pen was mightier than the sword.

In a fiery, densely written letter packed with references to philosophers and politicians, commander Adnan Rasheed said he wished he could have told her to “refrain from anti-Taliban activities” to prevent the attack.

“My all emotions were brotherly for you because we belong to same Yousafzai tribe,” he wrote in the English-language letter dated July 15 and confirmed as authentic by the Taliban.

“When you were attacked it was shocking for me. I wished it would never happened and I had advised you before.”

“At the end I advise you to come back home,” Rasheed wrote, adding that she should join a female Islamic school and “use your pen for Islam”.

The Taliban claimed responsibility for the assassination attempt on Yousafzai. Two of her classmates were also wounded.

She was treated in Pakistan before the United Arab Emirates provided an air ambulance to fly her to Britain, where doctors mended parts of her skull with a titanium plate.

Rasheed, a former Pakistan Air Force officer once jailed for trying to assassinate General Pervez Musharraf, denied the Taliban had attacked her because of her campaign against Taliban efforts to deny girls education.

“Please mind that Taliban or Mujahideen are not against the education of any men or women or girl,” he wrote in his letter, which reads like a lecture to Malala.

“Taliban believe that you were intentionally writing against them and running a smearing campaign to malign their efforts to establish Islamic system in Swat and your writings were provocative.”

In the four-page letter, he goes on to accuse the West of imposing its standards on other nations and attacks figures including U.S. President Barack Obama and former U.S. Secretary of State Henry Kissinger, as well as the English and Jews. DM

Photo: Malala Yousafzai, gives her first speech since the Taliban in Pakistan tried to kill her for advocating education for girls, at the United Nations Headquarters in New York, July 12, 2013. Wearing a pink head scarf, Yousafzai told U.N. Secretary-General Ban Ki-moon and nearly 1,000 students from around the world attending a Youth Assembly at U.N. headquarters in New York that education was the only way to improve lives. REUTERS/Brendan McDermid