Cricket: Taking the Mickey out of the Aussies 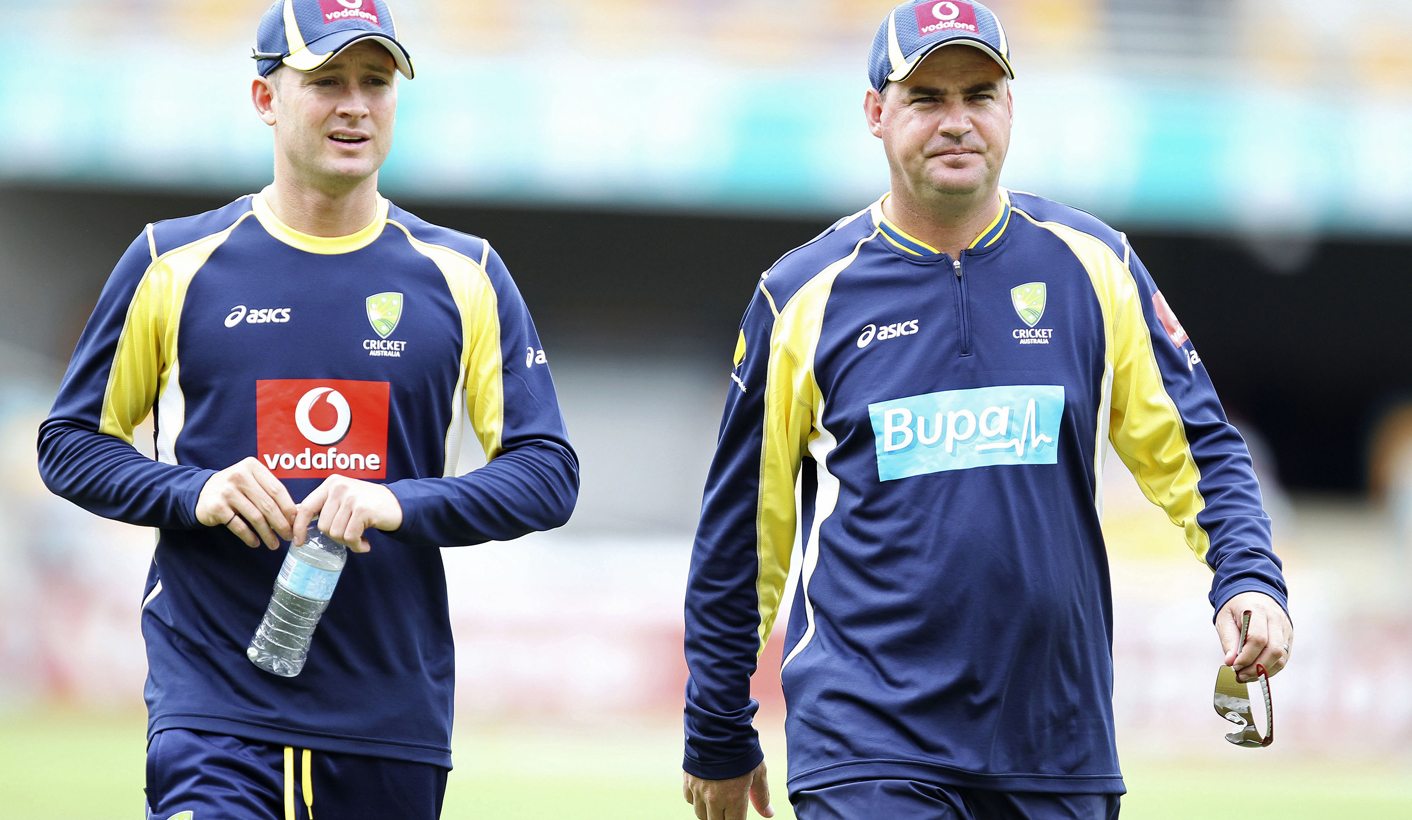 Leaked reports suggest that Australian skipper Michael Clarke has previously called Shane Watson a “cancer” in the team. The current Australian set-up seems to be more embroiled in off-field battles than actually playing cricket on the field. But, even with those distractions, they put on a good fight at Trent Bridge. Faking it can only go so far, though, and the Test at Lord’s will be whole different challenge. BY ANTOINETTE MULLER.

There comes a point where a party must end. The hangover becomes a symptom of gluttonous celebrations and every little crack which was papered over starts to peer open. Parties end for different reasons; for Australia, it’s not quite over yet, but it certainly has been dampened.

And with the news that Mickey Arthur is suing Cricket Australia, their journey under their new coach is about to get bumpy.

Arthur is seeking compensation of over $4 million AUSD. He’s claiming “racial discrimination” and “scapegoating”.  The former coach has expressed his regret that the claims have been leaked to the public, but he has never once denied any of his comments, especially those relating to a rift in the Australian set-up.

His legal team also confirmed that a case had been launched and Cricket Australia insists that it is confident the matter will be settled out of court. Arthur was the first overseas coach to take control of Australia, but it’s unlikely that racial discrimination will hold as a defence. Whatever the mandates of his contract were, he likely underperformed. The Australian way doesn’t generally involve losing, and his contract will most likely have stated that. The initial sympathy which coupled the Arthur sacking is now likely to be dwindling.

With the news of suing come leaked documents stating that Michael Clarke called Shane Watson a “cancer” in the team.

Clarke’s rocky relationships with players in the side are nothing new. Simon Katich and Andrew Symonds have both spoken out about their feelings towards the skipper. Clarke, who stepped down as selector when Arthur was fired and replaced by Darren Lehmann, has long been reported to have a shaky relationship with Watson. While the captain always insists the side is “galvanised” and he is “close to his team”, his relationship with the former vice captain has always been an elephant in the room.

Following the homeworkgate saga earlier this year, where four players – including Watson – were suspended for not handing in assignments asked of them off field, CA’s high performance chief, Pat Howard, admitted that there were issues the two needed to work on.

When he was sent home, Watson admitted that the relationship fluctuated.

“I’ve been playing cricket with and against Michael Clarke since I was 12, so we’ve got a lot of history as people. Obviously we are quite different in certain ways and we’re very similar in a lot of ways as well. Like you do in every relationship, it goes up and down, but things are going really well at the moment with me and Michael,” Watson said.

Under Ricky Ponting, Watson averaged 41.55; under Clarke, he averages 26.67 and is yet to score a century in the 15 Tests he’s played under him. Watson has long been reported to be a bit sensitive –  player that needs backing, and he hasn’t quite got that under Clarke.

When Clarke was quizzed about the reported rift, the conversation got increasingly tense and he continued to shy away from giving a direct answer. He was similarly edgy when he was asked about Australia’s batting line-up ahead of the first Test. Despite new coach Darren Lehman having confirmed that Watson had been promoted back to the number one spot, Clarke insisted that a final call on the line-up would be made on the day of the Test.

Watson and Clarke stand shoulder-to-shoulder in the slips, and the skipper was quite happy to admit that he’ll ask advice from the former vice-captain when it’s needed. When asked about Australia’s use of DRS, Clarke had no qualms saying that he calls on Watson.

“I’ve got to work it better than I did in the first Test,” Clarke said. “I think I’ll continue to use the people that are very close to the action so I’ll continue to communicate with Brad Haddin, our wicketkeeper, and Shane Watson, our first slip fielder, as well. Those two guys are generally in the best position and I’ll continue to back their judgment.”

Of course it’s not required that players get along in order to perform together on a field. Shane Warne, Geoffrey Boycott and many others before them all had tussles with their teammates, but were still able to do their duty when so required.

While the reports are unlikely to disrupt Australia’s preparation or even their performances on field, the  comments regarding Watson could pour vinegar into wounds which have not quite healed just yet. The Aussies looked a galvanised side in the first Test at Trent Bridge and Clarke was quick to point this out.

“I think the way we fought as a group was very pleasing and at the end of the day we’re 15 runs away from winning that first Test so we have to play a bit better come the second Test,” Clarke said.

“I think the team spirit’s fantastic at the moment. I think we’ve showed that over the last five days. You would have seen what the feeling’s like around the boys. There’s a great feeling inside our camp and I know all the guys are excited that come Thursday we’re playing the second Test at Lord’s.”

Whether that’s window dressing or not remains to be seen. Brad Haddin also insisted that there were no issues in the dressing room and everybody had moved past Arthur’s sacking.

With their backs to the wall and their every move under the microscope, the second Test which starts at Lord’s on Thursday will certainly expose any cracks which might exist in the side.  If they manage to fake it another time, they’ve got better poker faces than Stuart Broad. DM