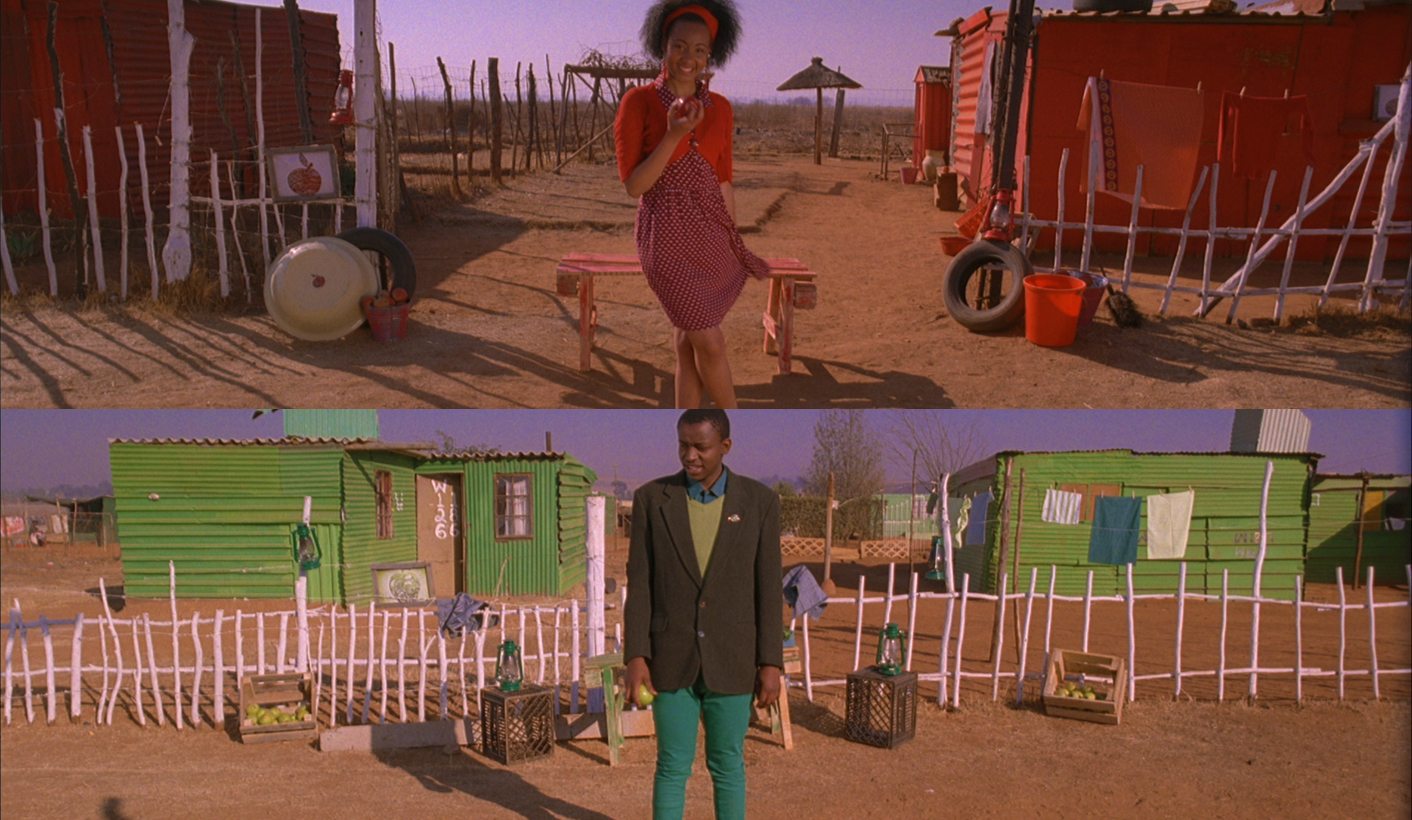 Miklas Manneke, a South African dreamer and director of the country’s most recent award-winning film Kanye Kanye, tells JESSICA EATON about his inspiration and his new projects.

Kanye Kanye’s light-hearted plot and comical script “were inspired by Dr Seuss’s work, and especially his children’s book, The Sneetches, which is about people with stars on their bellies,” said director Miklas Manneke.

“Many years ago, two best friends called Mpho and Mpho had an argument about which apple was better: the green or the red, and they could never figure it out. This caused the greatest divide in the town’s history and they drew this big white line through the middle of town.

“Everyone who thought the green was better would live on the green side of town in a green house and would only wear green, and everyone who thought the red was better would live on the red side of town in a red house and only wear red. Eventually, a green boy meets a red girl and it’s a love that’s not allowed to be” said Manneke.

The Sneetches, Seuss’s 1961 children’s book about little yellow creatures called sneetches, who are divided by their appearance. This story has been widely accepted as an allegory for racism, with some accounts saying it was specifically inspired by Seuss’s opposition to anti-Semitism.

Like Dr Seuss, Manneke believes “fantasy gives artists the ability to poke people where it hurts without it hurting too much”. And that’s not all they have in common. Ironically, anti-Semitism has indirectly played an influential role in Manneke’s life too.

“My dad lives in Germany and in the town where he lives there is a neo-Nazi movement where Nazis will meet up and celebrate their Christmas and stuff. There were a bunch of killings of non-German people in the area and so my dad started a protest against them and over the years it developed and eventually there were hundreds of people involved. But, because of that, he is now on the neo-Nazi hit list.

“Recently, he had a Molotov cocktail thrown at his house. He then started getting emails from all over Germany, saying they were willing to stand watch at his house to protect him and his family. It was something that united so many people and that’s why I finally decided on the story. It doesn’t matter if you’re green or red,” he said.

“The fact is Kanye Kanye was always going to be based in South Africa’s racially divided history. I felt from the beginning that the way an international audience sees South African township stories has always been negative, crime, poverty, violence and all of that. People are born there, they learn to live there, they learn to love there, and many of them are happy there and that’s the story we wanted to tell.”

The forbidden lovers take to paper cup telephones to communicate as the big white line splits the town in two. The unlikely invention soon leads to more and more red-green and the realisation that different colours don’t matter. “The film ends with hundreds of people running towards the line in solidarity,” he said.

The story is told entirely in Zulu, a language Manneke doesn’t speak or understand but wanted the story to be told in an African language. “We did everything in English first and then translated it into Zulu. We would have acting sessions and I would say, ‘tell me everything Thandi knows about Michael Jackson, or why UFOs are real’, and all kinds of stuff to get into character.”

Bongeka Sishi, the woman who plays Thandi, described these sessions as very intense. “I’m not 17; I’m much older, so playing the character of Thandi showed me that anything was possible and that you only need your imagination to create whatever world you want be in. It was fun to think of new ways of being.”

The film’s impact didn’t end in the imaginary world Manneke and his team created. “Everyone but the two lead actors was township residents, thus giving people in the neighbourhood a chance to be a part of world that gave them purpose.

“After school, when the kids came back to the township, we always had to go buy more paintbrushes because they all wanted to help.” Seeing the kind of impact the making of Kanye Kanye had on the community, the cast and crew left all sorts of red and green clothing and equipment behind for the community.

But the film’s impact didn’t stop there either. The film received international acclaim and was also selected as a finalist in the Student Academy Awards. “Sadly we didn’t win but it was an honour to get so far and to be able to represent South Africa. It was especially nice because we were the only African film nominated for that award.”

This prestigious nomination, however, has not always translated to domestic interest. For example, “Tristan Holmes won the Student Academy Award in 2004 and it took him two years to find work afterwards. People were just like ‘oh, it’s just the Academy Award’, and you know in America people are overjoyed about an Oscar. It’s not the same in South Africa but the only way to change it is to be better than your previous generation.”

And so, Manneke is already working on two new films. “The one is about a little girl who goes to live up a tree that is at risk of being cut down. The film follows how she eats and works and even has relationships up the tree.” Manneke is interested and inspired by movements led by small people against big powers and hopes to explore this in his next two projects.

“In short, art is the ability to create a new world in order to change the current one, and I am hopeful that if you put these messages of hope and unity in fairy-tale form, no one will feel force-fed,” said Manneke.