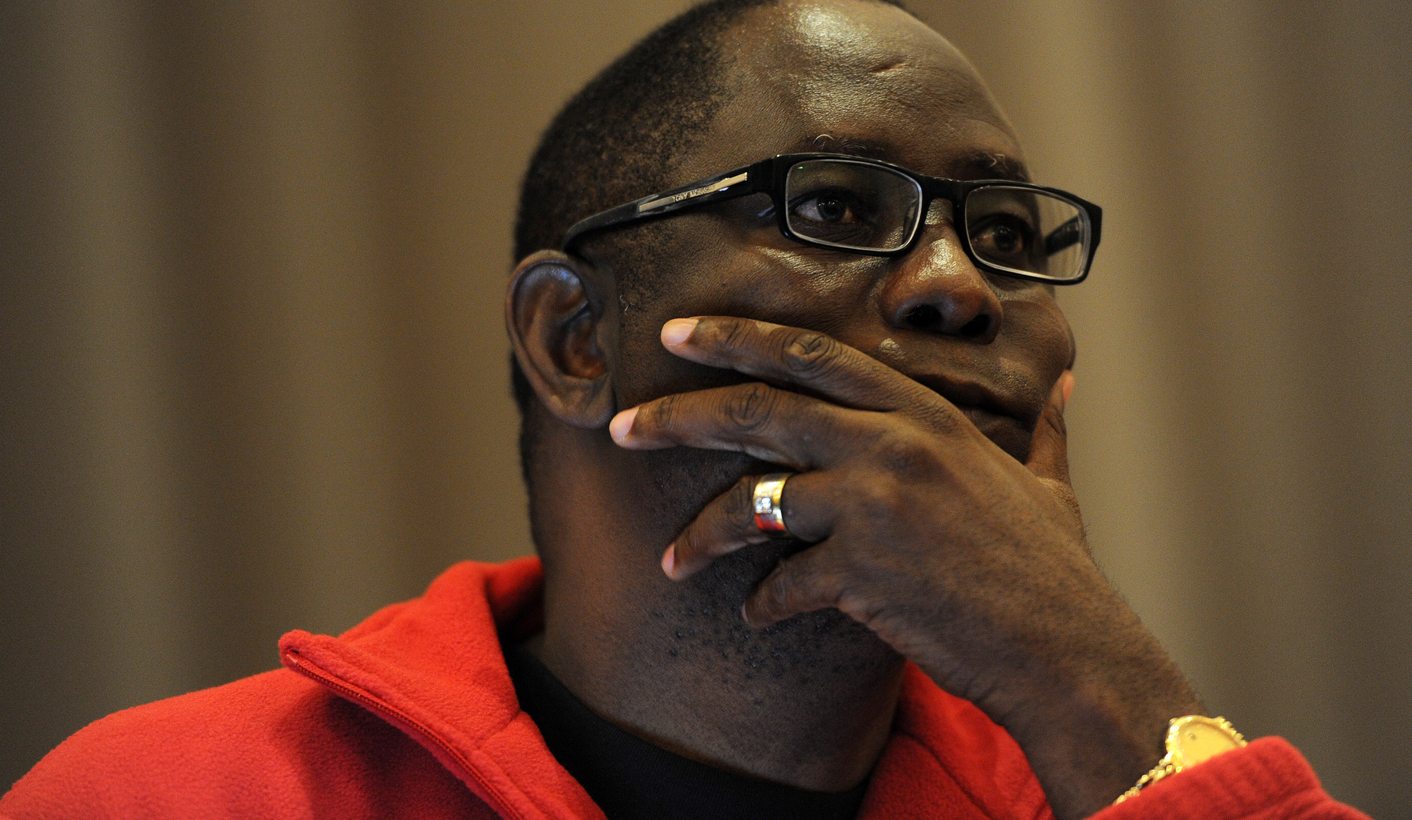 On Monday, Cosatu General Secretary Zwelinzima Vavi spoke candidly about why he believes his life is in danger. GREG NICOLSON looks at his comments, wonders why Vavi can’t answer his phone and whether the popular leader should look closer to home for the source of danger.

Vavi wouldn’t comment on the reported death threat, rumoured to have been plotted in response to a Cosatu leadership struggle, but an unnamed Cosatu official described an extended plan to remove the leader. “Vavi’s security has told him that he had been followed. The plot against him is three-fold. First to spread rumours that he has an affair with a married woman; secondly, to plant a woman who would later claim that she had been raped like they tried to do with (ANC deputy president Jacob) Zuma; and ultimately to assassinate him and play it out as if it was a love-triangle killing.”

That was in 2006 when Vavi was aligned to Communist Party head Blade Nzimande and then ANC Deputy President Jacob Zuma as a succession battle gripped the ruling party. Almost seven years later, Vavi continues to face threats of assassination. He told Talk Radio 702’s John Robbie on Monday that he is genuinely scared an attempt might be taken on his life.

“This isn’t anything new,” said Cosatu spokesperson Patrick Craven, when asked about the assassination plot. Vavi has mentioned the threats against him before and there seem to be no new developments (he wasn’t available for comment on Monday) but he elaborated further on the situation he faces.

While a divided Cosatu looks into allegations of misconduct against the general secretary, it seems odd that Vavi decided to talk about the issue at the present moment. The 702 interview, however, started with a simple tweet. On Saturday, before watching his team, the Blue Bulls, @Zwelinzima1 tweeted the Guardian article claiming Zimbabwean President Robert Mugabe plotted to hire a Lebanese murder squad to assassinate President Zuma. “Wow – hope this all not true!” wrote Vavi. The article must have touched a nerve. His next tweet: “Me too been living in fear of death, car accident or poisoning since 2010 – this combined with political assault – Worst period in my life”.

On Monday, Vavi said the first threat came in 2010. He received a note saying he “would go exactly the same way as [Molefi] Sefularo”, referring to the former deputy minister of health who died in 2010 when his Lexus collided with a pillar in Pretoria. Vavi said he was well aware the death was rumoured to be “engineered”. “So when someone uses that information, the rumour to try and put that in my mind, that there would be some car accident engineered, it has to stay.” Vavi spoke to Police Minister Nathi Mthethwa and SAPS Commissioner Bheki Cele who took the note to the police laboratory. He was never told what they found.

The second threat came in 2012 after Cosatu’s national congress and in the lead-up to the ANC’s elective conference. “I was called into a discussion with the acting head of crime and intelligence [Chris Ngcobo] who advised me that they’ve come across a plot to poison me from the Iranian intelligence services and someone has been hired amongst the NGOs that we normally work with.” Vavi was told that a bodyguard had been paid by Iranians to disclose his travel arrangements while an NGO worker who helped distribute food to dismissed mineworkers in the Vaal Reefs was hired to poison him.

The general secretary, like anyone else in his or her right mind, questioned why the Iranian government would want him dead. “It will be quite strange for anyone in Iran to want to have a go at me in that particular fashion. So it was quite strange information, but when that information comes from the highest office of Crime Intelligence, we have to give them a chance and say, ‘Did they find anything?’ But strangely, months and months went on and they never came back to me.”

SAPS spokesperson Puti Setati said he had just heard the reports of the death threats in the media and the police were trying to piece it together to “see what we can do”.

Hawks spokesperson Paul Ramaloko said, “The Hawks are not investigating any alleged threat against Vavi.”

The Cosatu general secretary faced other threats over the weekend. Sunday Independent alleged Cosatu President Sidumo Dlamini and Deputy President Zingiswa Losi have testified before a process established to look into claims against Vavi of financial misappropriation. The article didn’t offer any details of the submissions brought by Dlamini or Losi. It also admitted that all union affiliates are making submissions. Nevertheless, the headline sold Vavi’s downfall: “Unions Sink Vavi”.

“Hahaha how did journalists know who made what submission in an ‘internal process’? It’s an attempt to subject me to a media trial,” Vavi tweeted in response [For a man you couldn’t get hold of he sure seems to be on his phone a lot – Ed]. He’s right. It is unlikely journalists have full knowledge of how the investigation into allegations against him are going. But we do know that for some time the ANC-SACP-Cosatu alliance has been divided by factions competing for support for various leaders. We also have reason to doubt Crime Intelligence’s independence and the veracity of information it’s willing to make public.

One wonders who might want to scare Vavi. It seems obvious we should look closer to home than Iran. DM

Photo: Cosatu general-secretary Zwelinzima Vavi is seen at the SA State and Allied Workers’ Union congress in Ekurhuleni in the east of Johannesburg, Thursday, 30 May 2013. Picture: Werner Beukes/SAPA