On doping, during a week in which every athlete in the world is busted 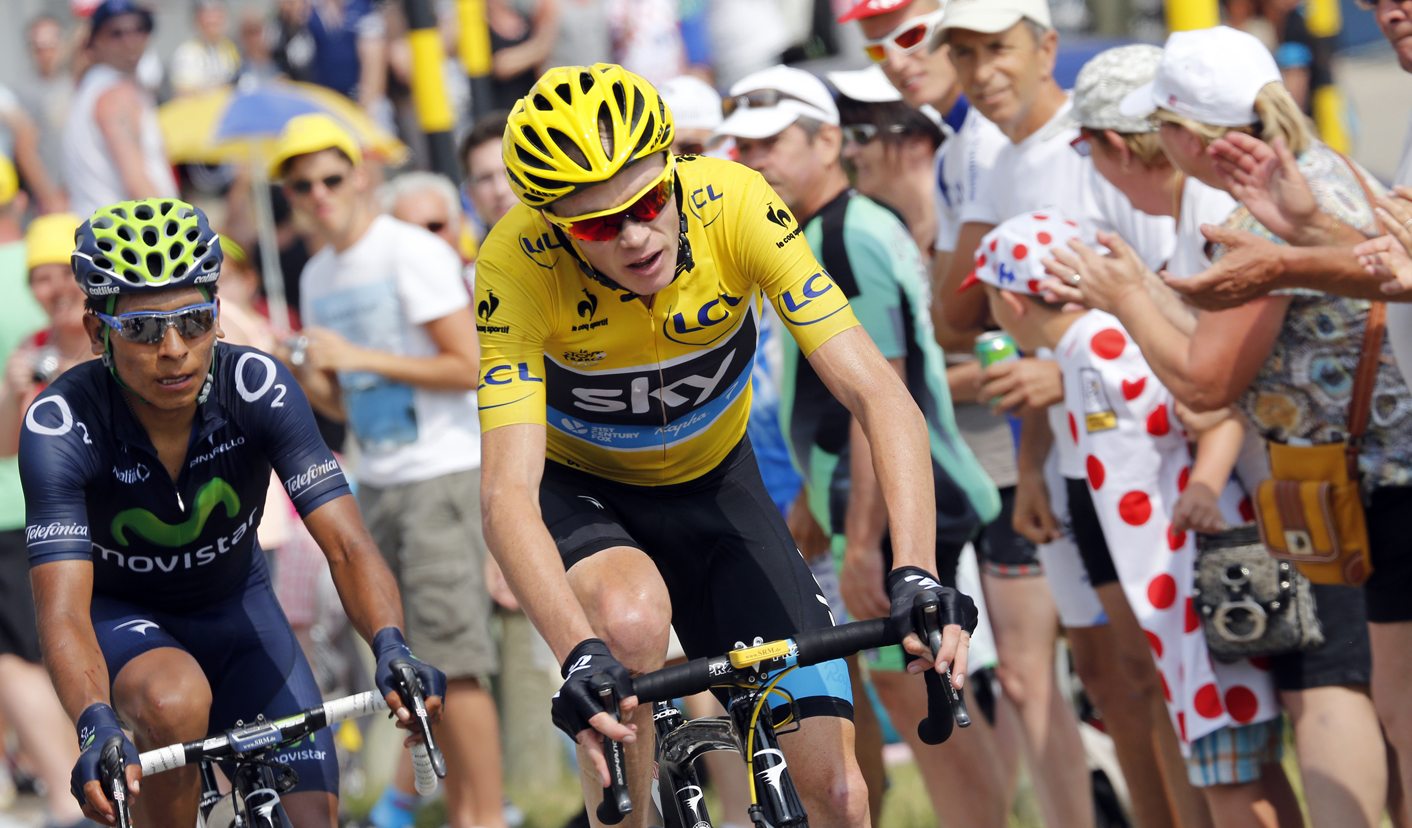 It’s been a great week for anti-doping agencies, which is to say it’s been a bad week for athletics. If audiences worldwide were looking for confirmation of their most cynical assumptions, then they need look no further than the slew of scandals currently unfolding. Brace yourselves, sports fans—there’ll be more. By RICHARD POPLAK.

Another Tour de France mountain stage, more nagging doubters. Christopher Froome, the Nairobi-born, South African-educated cyclist who always dreamed of being British—to say nothing of the yellow jersey—has been shredding the field on the big climbs and the time trials, exactly the moments when a General Classification in a Grand Tour is meant to excel. For his hard work, Froome has been assailed by the professionally circumspect. His teammate, last year’s winner Bradley Wiggins, famously referred to those who advance such doubts as “counts”—the “o”, of course, being silent—and yet, that did nothing to quell the chin scratching. Wiggins, it should be noted, was nowhere near as dominant as Froome has been this year.

Twitter is aflame with speculation, which basically means that it’s another day on the interwebs. But the tone and insistence of the non-believers has reached an unprecedented pitch. No one bayed for Lance Armstrong’s blood quite this strongly. (And we all know how that turned out). This may be because more disappointed fans are using social media in order to vent their disappointment. It could also be because more “expert” analysis is expertly summed up in 140 characters. I prefer to think that most postmodern humans who regularly consume sports can no longer believe what they are seeing, and are able to watch their favourite discipline with mutually eradicating threads running through their heads—“Wow, that was amazing” jogging alongside “Wow, that was utter bullshit.”

Amazement is subjective. The bullshit, however, is quantifiable. Christopher Froome doesn’t have the personality, the heartwarming cancer backstory, or the star power to effectively counter the allegations spray washing his Tour. Therefore, in order to believe him, we need numbers. That those numbers often advance the bullshit—there is, of course, no real way to measure his performance outside the metrics of his blood—does not mean that hundreds of commentators don’t do so. Indeed, it’s fun breaking down his Tour into its constituent parts, and measuring it against previous miscreants who have flown up mountain passes with designer drugs coursing through their veins. But this shouldn’t be confused with proper police work.

Take the unfolding scandal currently slicing and dicing athletics ahead of next months World Championships in Moscow. As of this writing, its unclear what Tyson Gay—the US 100-metre record holder and a massive celebrity sportsman—has tested positive for. Could it be diuretics, the same masking agent that brought down Jamaican mega-sprinter Veronica Campbell-Brown a month ago? Giants are being felled, my friends. The “third fastest man in the world”, Asafa Powell has been caught in this recent dragnet, as was Jamaican teammate Sherone Simpson, both for use of the banned stimulant oxilofrine. More to come. And what this really reveals is the sheer scale of the doping problem in athletics—if all of these stud athletes are cheating, how deep does the problem go? Usain Bolt deep? Count on it—and in this case, by all means pronounce the “o”.

“I don’t have a sabotage story,” wept Gay, after the positive test was made public. “I don’t have any lies. I don’t have anything to say to make this seem like it was a mistake or it was on USADA’s hands, someone playing games,” said Gay, who fought back sobs as he spoke. “I don’t have any of those stories. I basically put my trust in someone and I was let down.”

Photo: Tyson Gay of the U.S. gestures after winning in the 100m event of the Lausanne Diamond League meeting in Lausanne, July 4, 2013. REUTERS/Denis Balibouse

We’ve heard it all before, haven’t we? At this point, it’s difficult to see whether there’ll be anyone competing at Moscow’s World Championships except a klatch of Eastern European athletes who would certainly never consider doping as a means of boosting performance. But no longer can we hurl a few jokes at the expense of ex-East Germans or ex-Soviets, who were notorious for blowing up testing equipment with the explosiveness of their urine samples. There simply isn’t a country with a sporting pedigree that hasn’t fielded rotten athletes by the busload.

Which brings us to the Kenyan/South African but mostly British Chris Froome. What exactly is propelling him up the hills so fast? A more relevant question would be—is he going up the hills so fast? He is certainly decimating his fellow contenders, at least one of whom, Alberto Contador, has tested positive for a banned substance. But what does that say about his performance comparative to the bad old days of cycling, when no one was talking about doping except those doing it, which was pretty much the entire field?

Consider their commentary of Chris Froome’s performance on the Ax 3 Domaine climb, which last week put Froome in the yellow jersey. “It was fast, very fast. The 23:14 ascent of Ax-3-Domaines puts Froome in third on the all-time list for the climb, behind only Laiseka and Armstrong in 2001. The VAM of 1715 m/h converts to a power output of 6.3 W/kg (Ferrari method) and about 6.5 W/kg with other models (CPL, rst). Very fast.”

Greek? Not if you run with this crowd. Basically, what Tucker and Dugas are saying is that there are a bunch of measurable metrics at play, and analysing their particulars can be revealing, to say nothing of fun. But, this is not an apples/apples comparison. “[K]eep in mind what I’ve tried to emphasise many times over the last few years,” notes Tucker/Dugas,  “which is the context of the climb and variability around performance. For example, this climb was done in Stage 12, 13 and 14 of the 2001, 2003 and 2005 Tours, respectively. The earlier placement in week 1 as the first climb of the Tour may affect performance. Also, variability in conditions (particularly wind and heat) make it impossible to make ‘guilt by performance’ proclamations.”

Christopher Froome is paid to be the best. But we live in an era in which we no longer know what “best” means. We no longer know, because “best” is so often achieved via a needle, or an unpronounceable medicament designed for people dying of horrible things. It’s a shame, but perhaps it’s the only way to live—in an insane world, sanity is the preserve of those who can simultaneously claim “that’s amazing” and “that’s bullshit”. Only one thing to do—test ‘em ‘til there’s nothing left to test. That, I’m afraid, is the price of playing. DM