Chronicles of Chic: July the ridiculous

Chronicles of Chic: July the ridiculous 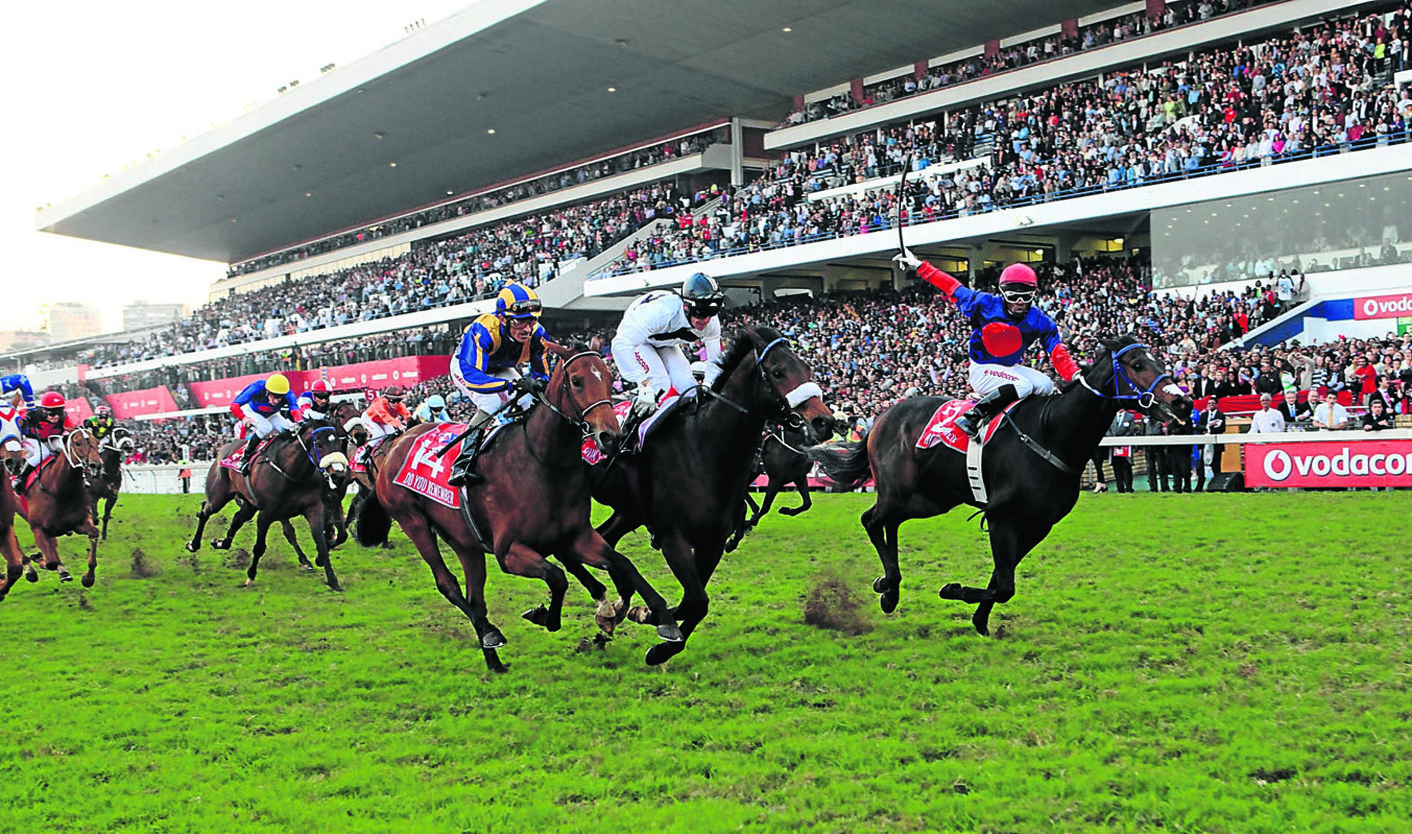 The Kentucky Derby in Louisville entered the legend thanks to Hunter S Thompson’s crazy mind. The Royal Ascot in England is renowned for its rich heritage and the Royal family's hats. In South Africa, horse racing events are backed up with fashion eccentricities and shoddy sartorial choices. Unless you have a tunnel vision for thoroughbreds, the racecourse fashion can be, um, frightening. By EMILIE GAMBADE.

Horseracing has always been deemed a noble sport (at least, until Hunter S Thompson wrote his report on a 1970 Decadent and Depraved Kentucky Derby). As early as the 18th century (the Royal Ascot was established by Queen Anne in 1711), the bourgeoisie considered the racecourses as an ideal place to bet, mingle, drink, organise sumptuous picnics and display ostentatious signs of luxury. Generous donors backed the competitions and, in exchange, were granted access to a special grandstand and extra seats in a separate section for their wives and daughters.

In Ascot, with the Royal enclosure and the British Royal Family in close sight, the ladies competed with elegance, concerned that their looks and outfits matched the restrictive dress code. This meant hats and long day dresses for the women, headgear, “waisted black coats and white cravats with pantaloons” for the men. The tradition of hat-wearing was born.

At the beginning of the 20th century, French designer Gabrielle Chanel, passionately in love with gentleman-rider Etienne Balsan, was inspired by his style and revolutionised elegance on the racecourse with her chic interpretation of jodhpurs, and her appropriation of straw boaters and men’s shirts. The racecourse also made it into fashion history: it is said that Coco Chanel met the Wertheimer brothers – distinguished businessmen, owners of the cosmetic brand Bourjois and avid thoroughbred horsemen – on Paris’s Longchamp racetrack. There, she presented them with her new fragrance, the celebrated No. 5; the rest was a planetary success.

Through the years, racecourses lost some of their panache and fashion streamed down through the social strata. Nevertheless, traditions continued, holding as strong as the drinking habits: at the Ascot event, racegoers, like old-fashioned aristocrats, are still turning up with “butlers, candelabra and silver service at some of the more lavish picnics”.

The Kentucky Derby’s high society still shambles after too many mint juleps and bourbons and the belles’ hats, at times so over-the-top wide and high, leaning dangerously towards the muddy ground.

At the Prix de Diane in Chantilly, France, sponsored by luxury watchmaker Longines, head toppers are chic and made by professional milliners whose works get once-in-a-lifetime publicity when worn by local élégantes and socialites.

Men and women wear headgear as a statement to be noticed, applauded or ridiculed, and elegance is de rigueur, at least on most racetracks. Money doesn’t necessarily buy one style and fashion; sometimes it could turn the unlucky one into a prodigal caricature of itself. Recently, the Ascot had to release new rules to avoid carnivalesque and substandard outfits from its Royal ground. The organisers even hired “fashion assistants” to monitor and enforce the dress code, politely directing nonconformists to a nearby shop to get here a tie, there a scarf, and a quick fashion fix.

But sometimes, irrespective of considerate recommendations, and no matter how restrictive the dress code or how effective the sly makeovers, fashion displayed on the racecourse seems overcome with sometimes shaky, sometimes uncontrollable hysteria. The result reveals an abundance of bows, ruffles, layers and furbelows in cheap silk, tulle and taffeta, bright colours mixed up in odd combinations, where elegance seems trampled by overindulgence. Extravagance cannot be confined to the pleats of a hat anymore and flows wildly down the body, oblivious to good taste and basic rules of refinement. Outfits look out of place and are almost farcical.

Ironically, the bolder the choices and the more risqué the outfits, the more confident a person seems to be. But can an exaggerated poise really make up for the lack of polish, care and attention? It’s okay to be unconventional, but only if done with flair, modesty and intelligence. Except for an intended grunge-style effect, looking like one’s outfit was put together at the last minute has never made for great fashion. The same goes with clothes that seem to be straight out of a costume trunk or outfits made of purple chocolate wrappers.

Fashion design means nothing without skills and savoir faire. It takes time and dedication to construct a garment, master the techniques of tailoring, understand the different fabrics and source the right textiles. It takes patience and consideration to understand someone’s body and work around it, like a meticulous milliner on the head of a client. Oscar Wilde said “Ridicule is the tribute paid to the genius by the mediocrities.”

In the words of immortal Hunter S Thompson: “Along with the politicians, society belles and local captains of commerce, every half-mad dingbat who ever had any pretensions to anything at all within 500 miles of Louisville will show up there to get strutting drunk and slap a lot of backs and generally make himself obvious.”

This year, at the Durban July, the society belles and local hipsters definitely made themselves obvious. As for the fashion, if local design genius is measured by how much ridicule is displayed on the Greyville racecourse, then surely our fashion industry should be blooming. DM