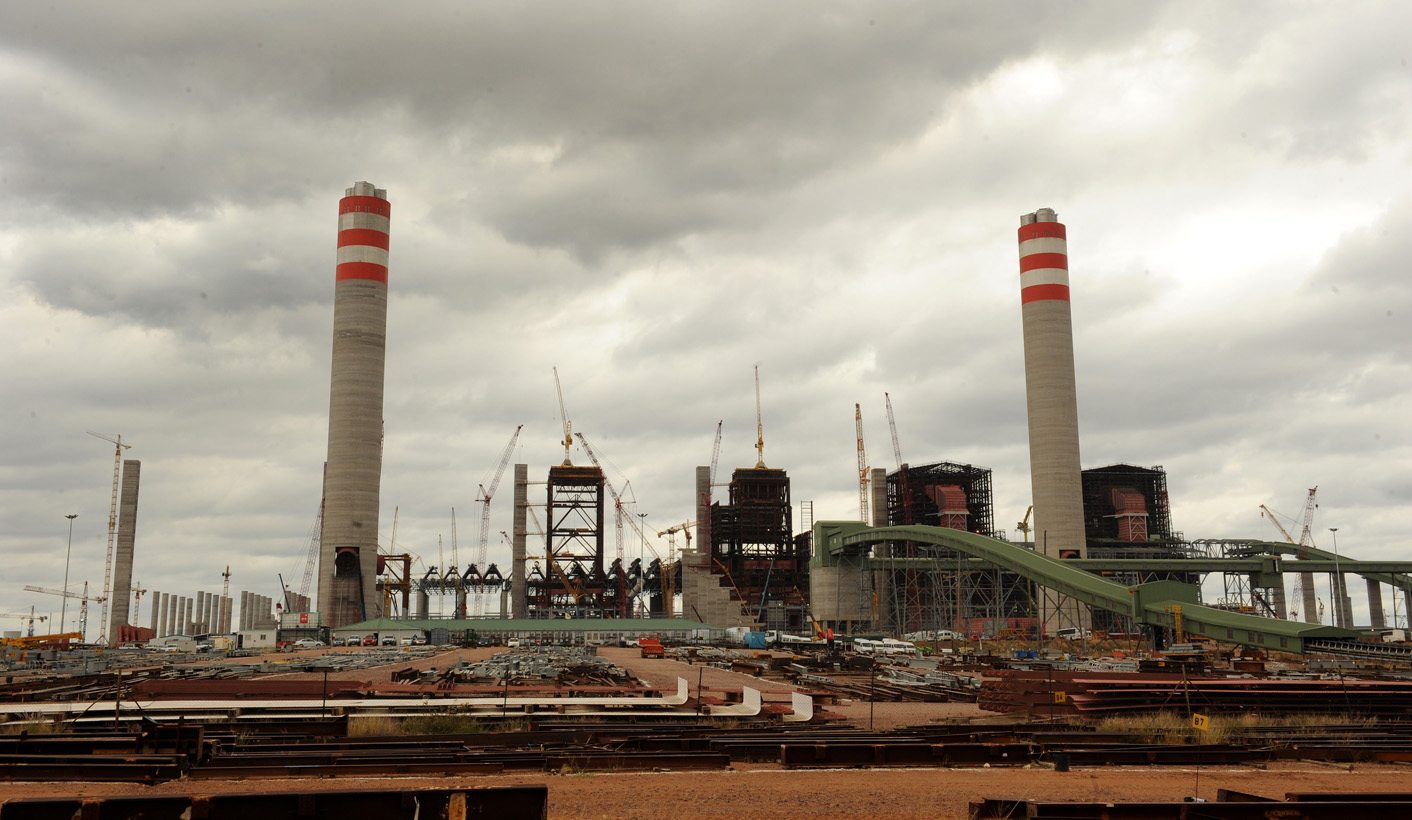 Eskom has announced that it made an after tax profit of f R5.23-billion for the 12 months to 31 March 2013, but said this was a major decrease on the R13.2-billion reported last year. Revenue increased dramatically from R114-billion to R128-billion for the period due to higher electricity tariffs, Fin 24 reported. But the cost of coal, which rose from R46-billion to R60-billion, and operational costs, which rose from R44-billion to R57-billion, eroded its profits. It also reported electricity sales dropped by 3.7% as a result of higher tariffs. The state energy utility said it was battling to plug an income gap of R191-billion, but this would not impact on its capacity extension programme, said CEO Brian Dames.

Khoi activists occupying six flats in District Six have been served with a final eviction order, despite pleas from the occupants. The family, with small children, are the last of the occupiers, as the others were evicted in June after the Western Cape High Court granted an interim eviction order. Judge Robert Henney said he understood people were unhappy with land claims processes and that it was “an issue in this country… not unique to this specific case”. The occupiers, who took over 11 units meant for those on a waiting list, said their ancestral land as Khoi had been taken away. The judge ordered the rural development and land reform department to investigate what happened to one family’s land claim and told the City of Cape Town to submit a report to the court on suitable alternative accommodation.

Four Thai women accused of running an upmarket brothel in Ballito outside Durban have been released after the court was told the department of justice could not afford to pay for an interpreter. The Daily News reported that the women have been in custody since May after being arrested as a result of a two-month undercover operation. Prosecutor Terries Maluleka told the court the state could not proceed without an interpreter, which would cost R1,500 plus air fare to and from Gauteng. According to the report, the spokesman for the justice department, Mthunzi Mhaga, denied budgetary constraints were responsible for the move, saying the magistrate had said charges would be withdrawn. But Maluleka said numerous requests were made, without success. Mhaga said the matter would be reinstated.

The Democratic Alliance says it will continue its efforts to end former Tlokwe mayor Maphetle Maphetle’s “illegal occupation” of municipal offices, despite the ANC serving 48 councillors with court papers. DA North West leader Chris Hatting said Maphetle and speaker Barei Segotso filed papers in the Pretoria High Court that were served on 26 ANC councillors, 19 DA, two Freedom Front Plus councillors and one member of Cope. The ANC in the North West welcomed the move. “It is our firm view that the decision by the Tlokwe Municipality Council was irregular and intended to tarnish the good name of the ANC and that of Cde Maphetle Maphetle,” it said in a statement. The DA and some ANC councillors unseated Maphetle, who is accused of corruption.

Western Cape Cosatu leader Tony Ehrenreich says members of the labour federation could go on strike next month if socio-economic issues are not urgently addressed, Sapa reported. Ehrenreich told reporters a general strike was on the cards should “education, public transport, electricity pricing, gangsterism, all those social issues” not be dealt with by the provincial government, the city of Cape Town, the municipalities, the labour movement and general civil society. He said unions affiliated to Cosatu would call it off if officials were willing to meet, discuss and “partner” with Cosatu on such matters. He also warned that further agricultural strikes could take place.

DA SENT FROM ‘PILLAR TO POST’ IN PULE CRIMINAL CASE

Dina Pule’s sacking from her position of communications minister should not impact on the criminal case against her, says DA communications spokeswoman, Marian Shinn. She said Pule’s removal from the executive “does not vindicate her from the much awaited Public Protector report on her connection with the ICT Indaba in Cape Town in 2012, or the parliamentary ethics and members’ interest committee report. Nor should it in away prevent a full and fair investigation by the SAPS into her allegedly corrupt conduct as reported in the media”, Shinn said. The DA MP said the police had sent the DA from “pillar to post” when it tried to confirm who was investigating Pule and what progress had been made.

HAWKS, SHABANGU ON DRIVE TO ROOT OUT ILLEGAL MINING

Mineral resources minister Susan Shabangu is taking a hard line on illegal miners, asking law enforcement agencies to conduct sting operations at several mine dumps to root out illegal mining. Shabangu said her department would also work with local authorities to ensure that mine dumps, where illegal mining is prevalent, are claimed by the state and used for other projects such as the construction of low-cost housing. She said illegal miners would have to face the full might of the law and that it was suspected that the illegal miners were organised by a syndicate of sorts.

AbaThembu king Buyelekhaya Dalindyebo has made a trip to the Union Buildings in Pretoria where he told President Jacob Zuma he was joining the Democratic Alliance and that the president should leave office. Dalindyebo accused Zuma of favouring the Zulu king, Goodwill Zwelethini, over the AbaThembu people as he refused to grant the AbaThembu the same independence. He told journalists Zuma should leave government and “go back to Nkandla”. Zuma, he said, ignored his requests and only had time for Zwelethini. He said government had not committed resources to the AbaThembu to promote the development of rural Eastern Cape. “The way you have handled our matters is disappointing as a man who is known to be a traditionalist,” Dalindyebo said in his memorandum. DM

Photo: Medupi Power Station near Lephalale in Limpopo as seen during a media visit on Thursday, 11 April 2013. (Werner Beukes/SAPA)