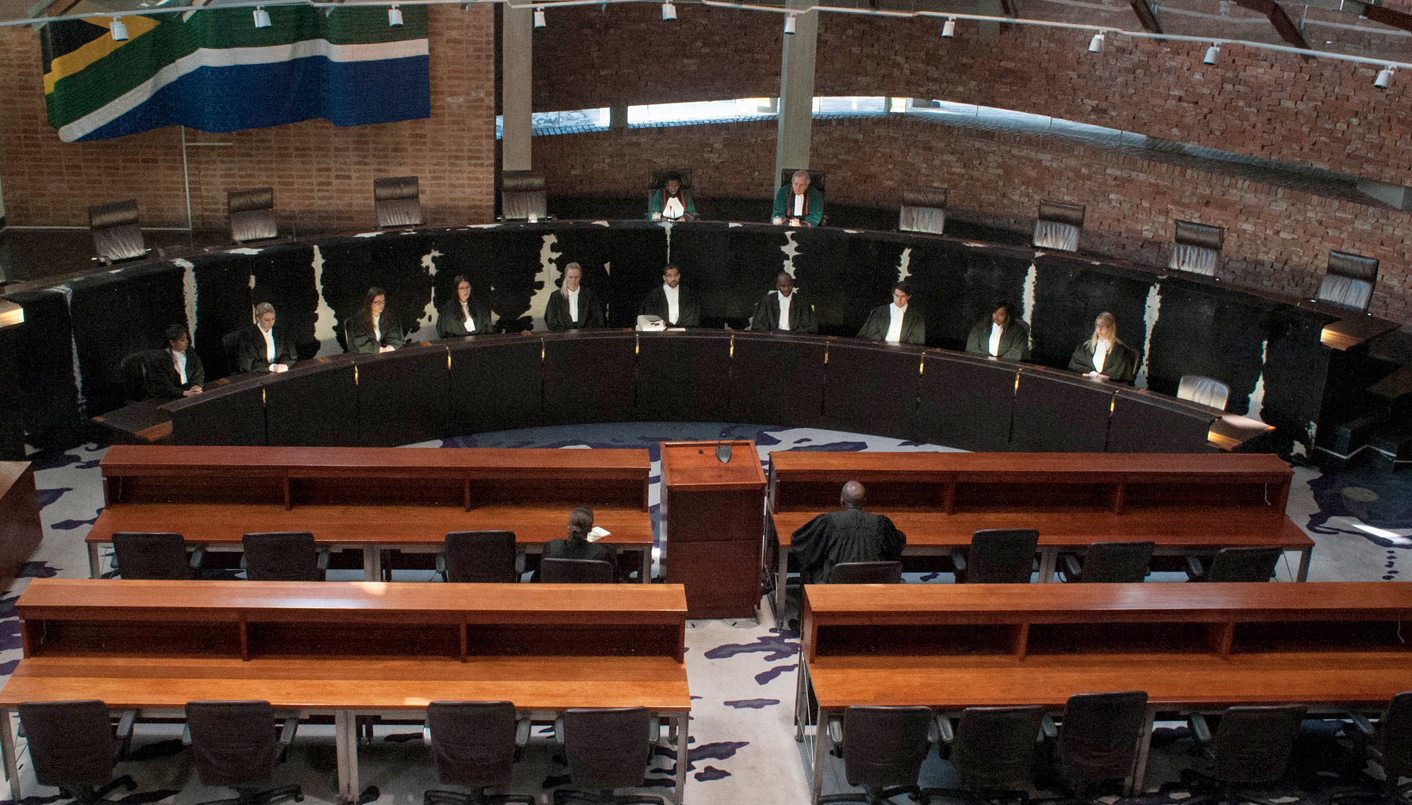 The Constitutional Court ruled Wednesday on the Free State Education Department’s battle against school policies to exclude pregnant learners from school. The case was one in a number of fights over who controls school policy – the provincial head of department (HOD) or the school governing body (SGB)? Neither party came out shining. The schools were ordered to review their policies, but SGBs will still have wide powers in governing their schools. By GREG NICOLSON.

There is little doubt that the pregnancy policies of both Welkom and Harmony High Schools, set by their SGBs, violate the right to education, dignity and freedom from discrimination. In short, they are unconstitutional. Welkom High School says students must immediately inform a senior staff member, preferably a female appointed by the principle, of a pregnancy. “If a learner or any member has a suspicion that another learner may be pregnant, this should also be brought to the attention of the appointed member of staff.”

Then comes the punishment: “In the year that the learner’s child is born, the learner may not return to Welkom High School,” orders the policy. Pregnant students are suspended until the following school year regardless of their grade, age or when the baby is born.

Harmony High School requires pregnant students to leave school in the eighth month of pregnancy and return the next year with a certificate of health.

The case was heard in the High Court and Supreme Court of Appeal after the head of the Free State Education Department intervened in two cases where learners were sent home. He instructed the principals to readmit both students. The courts held that the head of department (HOD) did not have the authority to tell the principals to go against the adopted policies of their SGBs, despite the policies infringing on the right to education (figures from Harmony showed that two thirds of girls whose education was put on hold by the policy did not return to school).

When the matter reached the Constitutional Court, the bench was faced with some of the key questions regarding the governance of schools and the roles of the minister, provincial government and school governing bodies. As an employer of the principal and with a duty to represent the interests of students, can an HOD tell principals to ignore the decisions of their SGBs when the decisions seem unlawful? Judgments in the matter were handed down on Wednesday.

In his dissenting judgment, Justice Ray Zondo focused on the lawfulness of the pregnancy policies. He argued that if any parts of the decisions were unlawful (which they clearly seem to be) or the SGB did not have the power to set pregnancy policies (which Zondo said they don’t), the HOD is entitled and obliged to intervene and uphold the constitution. “In my view,” wrote Zondo, “that should be the end of this matter.”

The main judgment, delivered by Justice Sisi Khampepe, agreed that the matter clearly raises constitutional issues of access to education but it focused primarily on the question of whether the HOD can tell principals to ignore SGB decisions. In a carefully weighted judgment, she found that the Free State Education Department’s actions were “entirely inappropriate and undermined the carefully constructed scheme of powers of the Schools Act.” While the education department must protect the rights of learners, the Constitutional Court found that the processes in place to challenge decisions of the SGB were ignored.

Khampepe said SGBs have a right to set policies on pregnancy, with the individual school able to establish policies according to its own conditions. If the HOD wants to challenge SGB policies, under the Schools Act it has the power to engage in an extensive consultation process before assuming a function of the SGB. It can also take a matter to court.

The Free State HOD did neither, ignoring the decisions of the school body while instructing the principal to act against them. It didn’t take the matter to court nor did it sufficiently engage in consultation. According to a separate concurring judgment from Justices Johan Froneman and Thembile Skweyiya, the interests of the children got lost in what turned into a “power play”. Schools require cooperative governance between the minister, province and parents and years of litigation might have been avoided if the parties spent more time focusing on engagement, participation and consultation, they said.

The main judgment did not focus on the constitutionality of the pregnancy policies but said it would be remiss to ignore them. Khampepe said they prima facie violated the right to equality, basic education, human dignity, privacy, and bodily and psychological integrity.

The court dismissed the appeal against the decision of the Supreme Court of Appeal but ordered Harmony and Welkom schools to review their pregnancy policies in light of the judgment by 10 October while engaging the provincial department. There was no order to costs, symbolic that no side emerged a loser, with both raising important constitutional considerations. The schools will have to change their policies but the Education Department did not win the right to set pregnancy standards for schools.

Observers will look at the case and assess its implications on other battles between SGBs and government, such as the pending Rivonia school admissions issue. What the decision emphasises is that despite the intentions of government to intervene, uphold the constitutional right to education and address the inequalities in the system, schools are run cooperatively. Any intervention by the provincial departments needs to follow the correct processes and engage with the existing SGB decisions before instructing principals to ignore them.

Oh, and in case you were wondering – both Welkom and Harmony High Schools had the common sense to allow the two girls to complete their studies while the courts considered the matter. DM