SA’s most awkward dance: Reactions to the Cabinet reshuffle 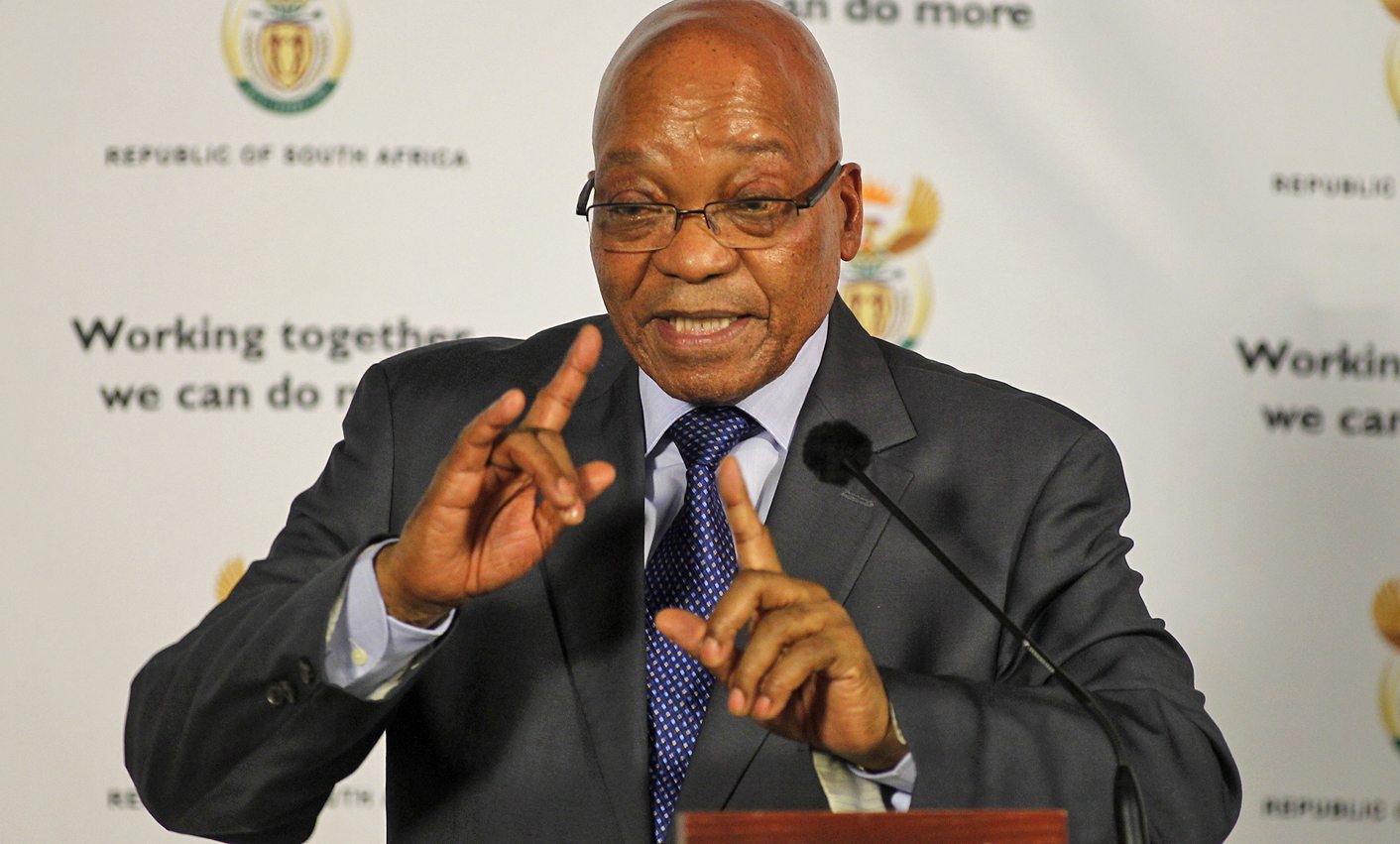 Settling into the comforting embrace of Johannesburg after a drive from the Union Buildings, KHADIJA PATEL surveys the chatter on the interwebs to find out how South Africans perceive President Zuma’s announcement of a Cabinet reshuffle.

It took just over four minutes for President Jacob Zuma to announce a reshuffle of his Cabinet at the Union Buildings on Tuesday. He scurried out of the media centre before journalists realised they were being denied an opportunity to quiz the president about his decision to “make some changes to the National Executive”.

The presidency is always kind enough to ply us with food and drink to recompense our arduous journey back to Johannesburg, so we resisted the urge to stomp our feet in protest of the four-minute announcement. Besides, the announcement was the fourth time President Zuma has tinkered with the Cabinet during his term in office. With nine months left to the next election, this round of shuffling, however, will be scrutinised for any traces of electioneering.

Zuma, however, sought to emphasise that the changes he had announced were aimed at keeping pace with changes in the country.

“Twenty years of democracy have changed the face of our country, and the last five years have pushed that change forward,” Zuma said in the preamble to his announcement.

He also hailed government’s efforts at improving the quality of life of South Africans.

“The achievements are due to the hard work of many of our ministers, premiers, deputy ministers, MECs, mayors and many others who have worked hard in leading the process of transformation and improving the quality of life of our people.”

The Democratic Alliance was, however, not impressed.

Lindiwe Mazibuko, the DA’s Parliamentary Leader, says President Zuma seems determined to keep in the executive ministers who should have got the sack some time ago. “This should have been an opportunity for the president of the Republic to stamp out poor governance which has been the mainstay of his administration, and replace all poorly performing ministers with competent and dedicated individuals,” she said.

According to the DA, the Cabinet reshuffle is proof Zuma is more interested in his political survival than prioritising good governance. Mazibuko said, “This is symbolic of a President who lacks the leadership needed to deliver on his government’s promises.”

Others, however, have taken a less solemn view of the president’s announcement.

“President Zuma has once again reshuffled his cabinet,” former Al-Jazeera anchor, Imran Garda, said on Facebook on Tuesday. “Generally when you have five wives it’s difficult to agree on household furniture.”

The nation’s favourite puppet, Chester Missing, also weighed in with an observation on the reshuffle.  “Well done, Mr. President. You know you’re committed to service delivery when you fire Tokyo Sexwale but keep Angie Motshekga,” he said.

Staying on Twitter, political analyst Ebrahim Fakir said two of the ministers who had lost their jobs on Tuesday actually did deserve to be sacked. He, however, believes that the president’s announcement contained a “recall” as well as a reshuffle.

“This was both a recall of [three ministers and] a reshuffling of others,” he said.

He believes the recalls of Communications Minister Dina Pule and Co-Operative Governance Minister, Richard Baloyi, had sound intentions, but the recall of Tokyo Sexwale from the helm of the Department of Human Settlements is more debatable.

According to him, those ministers who survived the reshuffle are still politically useful to the president. He believes Basic Education Minister Angie Motshekga was spared for “delivering” the ANC Women’s League to Zuma’s favour at the party’s elective conference last year.

“Nobody will cry for Pule, but Tokyo will be seen as political retribution,” he said on Twitter.

He also pointed out that with less than a year to the next election, this round of musical chairs in the Cabinet boardroom was not aimed at improving service delivery.  “This is about elections and retribution. If it was about performance, many others should have lost their jobs,” he said.

On cue, the South African Democratic Teacher’s Union (Sadtu) released a statement welcoming the reshuffle but asking why the Department of Basic Education has remained untouched.

“We are aware that the president reserves the right to install ministers and deputy ministers. However, we considered that our call for Minister Angie Motshekga’s resignation would be taken into consideration due to her underperformance,” the union said.

Motshekga’s office, however, has not taken kindly to the statement (though, to be fair to Sadtu, they only said what a lot of people have been thinking).

“We have the highest matric pass registered by the country. We gave ourselves a target that almost two million adults who cannot read and write can be in a position to do so and we reached it easily,” Panyaza Lesufi, the spokesperson for the Department of Basic Education, told the SABC.

“We set for ourselves a target of ensuring that 80% of our schools were free, no fee, and we are currently at 85%.”

Meanwhile, trade union federation Cosatu has expressed hope that the new Transport Minister Dipuo Peters will scrap the implementation of e-tolls in Gauteng.

“As you would imagine, we are hoping she will abandon e-tolls. The message must come through to government that this is an unpopular measure and it will be resisted by all motorists as it is an incredibly expensive way to collect money,” Cosatu spokesperson Patrick Craven said.

As the new ministers and deputy minister prepare to be sworn into office tomorrow, the analysis and speculation of the real motive of President Zuma’s reshuffle will not cease. What remains to be seen, however, is how the new ministers fit into their new roles and what exactly they can achieve before the term of Zuma’s administration concludes next year.

And in the meantime, there is this statement from academic Nomalanga Mkhize for those of us bending our minds trying to understand what exactly President Zuma sought to do with this announcement. She said on Twitter: “Imagine if one political analyst could just say, ‘I don’t know, I don’t know why the President is changing his cabinet. Ask him’.”

If only the venerable president had taken a question or two.

And in case you missed it the full list of changes to the Cabinet announced by President Zuma: