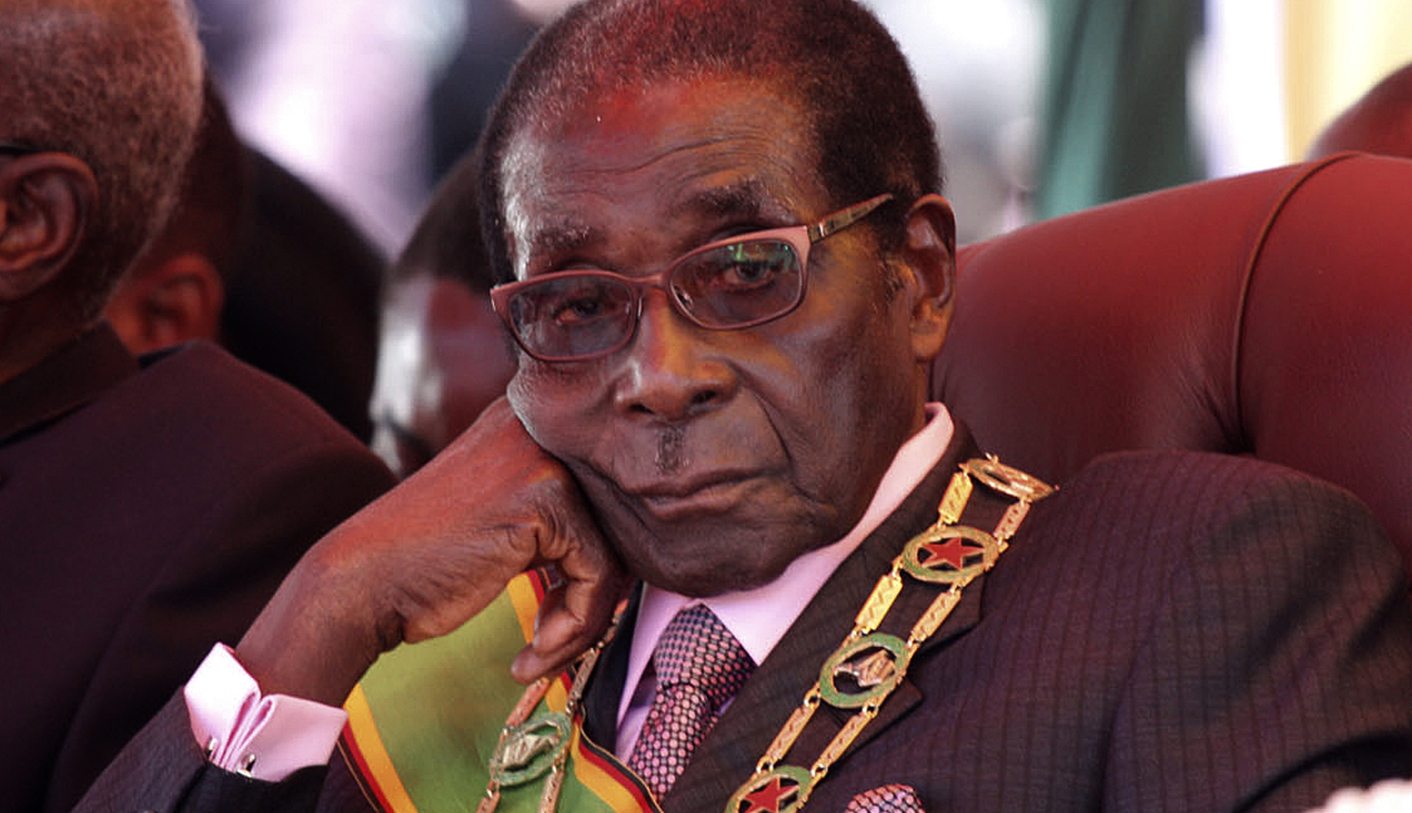 It’s election season in Zimbabwe, and no one seems ready except Comrade Bob – who, despite his advanced years, is always ready for everything, at least in politics. SIMON ALLISON explains that, once again, he’s holding all the cards.

In Zimbabwe, campaign season has begun. If all goes according to plan – the plan that nobody admits to liking, even as everyone concerned seems powerless to halt it – then there’s not much time to persuade voters one way or the other: Zimbabweans will mark their ballots in just a few short weeks, on July 31.

It’s hard to imagine, however, that there are any Zimbabweans who need an introduction to this particular drama; and even fewer who haven’t made their mind up one way or the other already. As in 2002, as in 2008, this presidential contest pits a certain Robert Gabriel Mugabe against his erstwhile foe, Morgan Tsvangirai, in a fight that’s about far more than occupancy of State House.

Even here in South Africa, south of the Limpopo, we know these characters well, and the plot. Mugabe is, of course, the arch-villain: a template of how to do a tin-pot African dictatorship, and how to get away with it, all the while maintaining a flawless complexion (seriously, how does he do that? Ladies, ditch the Clinique and seize the reins of state power instead).

Tsvangirai, meanwhile, is the plucky fighter, a tragic hero who has endured arrests, intimidation, and the death of his wife, but remains Mugabe’s most outspoken critic, even if he has been forced to compromise a few of his nobler ideals along the way (can he recover from the ignominies of sharing power, or the illusion of power, with Comrade Bob?).

This is meant to be Tsvangirai’s turn. He has patiently suffered through the government of national unity, waiting for his opportunity to right the electoral injustice that was the 2008 poll. This time round, Zimbabwe has a new constitution, the security sector has been comprehensively reformed and the election will be held under the watchful eye of the Southern African Development Community (SADC) – all factors meant to play into his hands, given that by now, surely, enough Zimbabweans have had enough of Mugabe.

That was the theory, anyway. The reality’s a little different.

There’s a new constitution, sure, but it’s not exactly the most progressive document around, and many key provisions will only take effect after a decade (by which time everybody, including the old man himself, reckons Mugabe will have headed off into the Great Presidential Palace in the Sky). The security sector is exactly where it was five years ago – firmly in Zanu-PF’s pocket. And SADC are playing a very delicate game, which looks like it might have backfired: after five years of general acquiescence to Mugabe’s demands, the regional organisation finally stood up to Mugabe last week, demanding that he push back elections – which Zimbabwe is not even nearly ready for – to give them a better chance of actually working. Mugabe wasn’t happy, threatening to pull out of SADC completely and dismissing President Jacob Zuma’s international relations advisor Lindiwe Zulu, who has been coordinating the Zimbabwe mediation, as a “stupid, idiotic woman”. This is going to greatly complicate the regional body’s intended role as guarantor of the Zimbabwean elections.

It makes sense, then, that on Monday, the day he launched his campaign, Tsvangirai was already on the defensive. In fact, he sounds like he’s already given up hope.

“We participate with a heavy heart…We have tried our best over the last four years, against serious resistance from our counterparts in government, to ensure that this country is prepared for a genuine, free, fair and credible election,” he told thousands of supporters in Marondera. “Regrettably, what we have witnessed in the last few weeks is a concerted effort designed to rob the election of legitimacy before it has even begun.”

Tsvangirai maintains that he trusts that the people of Zimbabwe “will do the right thing”; and that he’s got God on his side. Mugabe, however, has got the army and the police on his side – and so far in Zimbabwe’s history, they’ve been more powerful. It is also important to remember that, even if all things were equal, Mugabe would be no electoral pushover. Opinion polls in recent months have repeatedly shown that Tsvangirai’s popularity has been hurt by divisions within the opposition and his own scandalous love-life, putting him and Mugabe neck-and-neck, with the wily president even edging in front on occasion.

This is all a long-winded way of saying that Mugabe is looking good to win these elections – and if he does have to cheat, he doesn’t have to cheat by all that much. This is hardly a revelation. We are talking about Zimbabwe, after all, and one of Africa’s longest serving leaders.

What we should really be worried about is that, even if they are as flawed as Tsvangirai thinks they will be, the elections might still pass the regional test of fairness and transparency, making Mugabe a democratically-elected president once again.

For this possibility, SADC has only itself to blame. Rewind to December 2011, to the just-concluded elections in the Democratic Republic of Congo. This was far from a model vote. A range of international observers were watching, and uncovered a long list of offences: evidence of vote tampering; impossibly high rates of voter turnout in places known to be loyal to the president; strangely low turnouts in opposition areas; the mysterious disappearance of 2,000 polling station results in Kinshasa; and violence in the run-up during the campaign which killed 18 people, mostly committed by incumbent Joseph Kabila’s presidential guard.

And yet, SADC, along with the African Union and three other African observer missions, declared that the elections were “successful”, duly confirming that the organisation’s standards of fairness and transparency are very low indeed; and sending a message to other leaders, like Robert Mugabe, that there’s a fair amount of electoral mischief that they can get away with before the regional body will call them out on it. And if Mugabe is called out, he’s well within his rights to label point out SADC’s hypocrisy – and ignore their verdict.

Once again, somehow, Mugabe holds all the cards. There’s a reason why he’s lasted in power so long – and why he’s still got a little while to go. DM