Analysis: What does the AU gain from suspending Egypt? 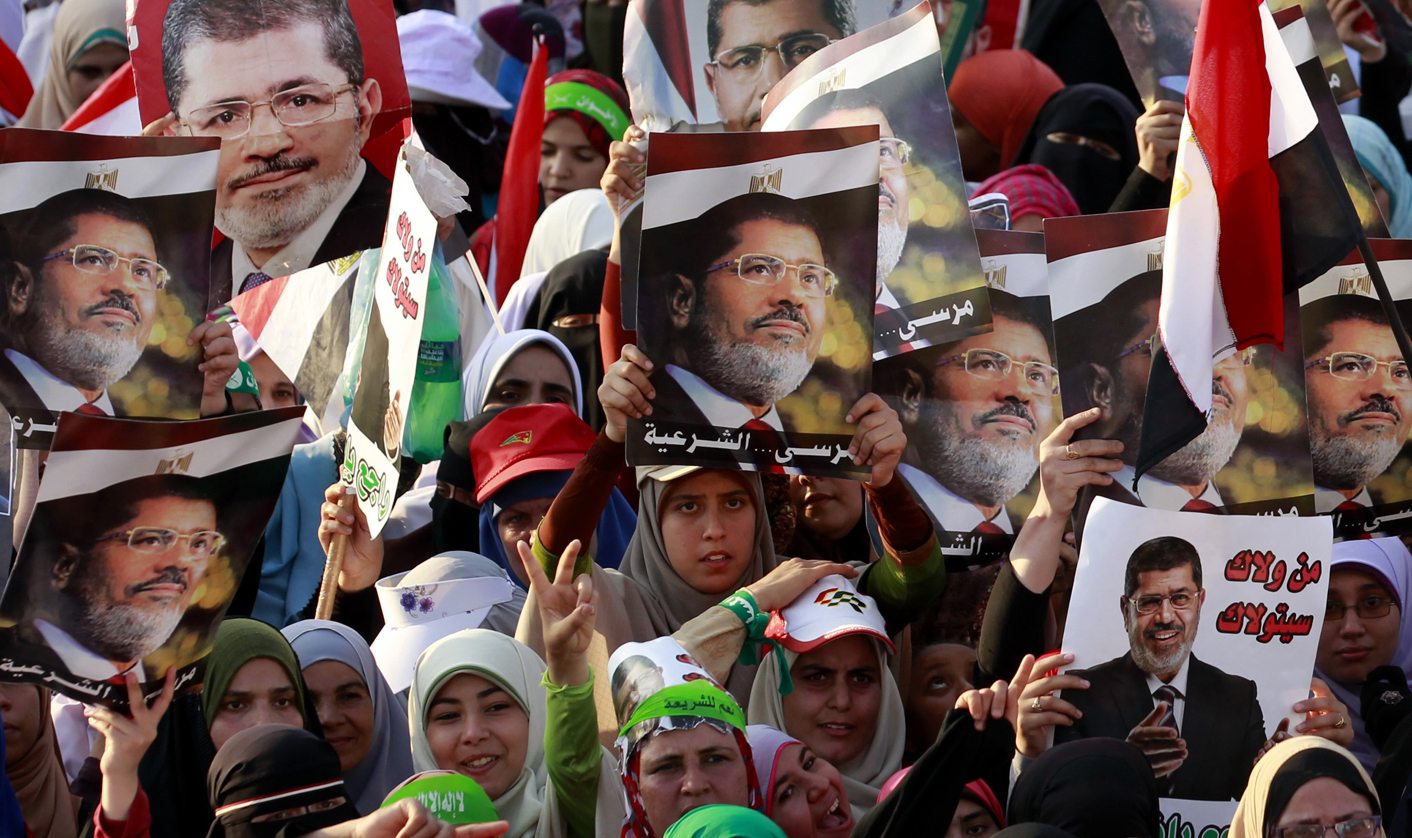 Egypt has become the first of the African Union’s so-called “Big Five” members to be suspended from the organisation. While Egyptian authorities believe the AU has misunderstood what happened in Egypt last week, the continental bloc has stuck firmly to its principles. By KHADIJA PATEL.

King Ahmose, who is said to be the founder of Ancient Egypt’s New Kingdom, described his job as “maintaining order and averting chaos”.  And when they aren’t doodling hearts in Cairo’s skies, it is the Egyptian army who have once more inherited this pharonic mandate. Under the guidance of army chief Abdel Fattah al-Sisi, the general behind Mohamed Morsi’s ouster, the army must somehow find a way to maintain order without plunging the country into chaos.

And the curious display of affection in Cairo’s skies quite apart, Egypt is certainly not a love fest right now.

At least 30 people have been killed and more than 1,000 injured in Egypt since the start of protests against former president Mohamed Morsi on 30 June.

But if you count the millions of people who have gathered in Egypt’s streets in the last eight days in protest against Morsi, Egypt has seen another revolution.

Those Egyptians celebrating the ousting of the country’s first democratically elected leader insist that Morsi’s ouster has been a revolution in favour of the will of the people. It is this group of Egyptians, opponents of the Muslim Brotherhood and Morsi, who have recoiled at the use of the term “coup” to describe the last week’s tumultuous events. “Egypt had a revolution, not a coup,” one prominent banner in Tahrir Square read on Sunday.

The African Union, however, disagrees.

“The overthrow of the democratically elected president does not conform to the relevant provisions of the Egyptian constitution and therefore falls under the definition of an unconstitutional change of government,” the AU’s Peace and Security Council said in a statement following its closed-door meeting on Friday.

The Council suspended Egypt from the AU “until the restoration of constitutional order”.

Solomon Dersso, a researcher at the Institute for Security Studies in Addis Ababa, says Egypt’s suspension is similar to the AU’s actions against the Central African Republic that followed the overthrow of former president Francois Bozize by rebel militia in March. “There is a long, established practice of applying the law of unconstitutional change of government, so it’s not the first time it has happened,” he said.

According to Dersso, the decision to suspend Egypt was not unanimous.

“It was a decision taken, I understand, after a series of discussions, not necessarily with a full consensus,” he said.  “There were some reservations expressed by some members of the Peace and Security Council who were of the opinion that if the decision to suspend Egypt was not passed that it would have been better to give some time for the situation on the ground to improve.”

The vast majority of members of the Council believed, however, that an unconstitutional change of government has indeed taken place in Egypt.

Other reports indicate that it was the Southern African members of the council, Angola and Lesotho, who were pushing particularly vociferously for Egypt’s suspension.

But as questions continue to be asked of the competence, efficiency, and integrity of the AU, even after the body celebrated its 50th anniversary earlier this year, the action against Egypt is part of a greater campaign to win the organisation more legitimacy as an able problem solver on the continent.

Dersso says that while the principles enshrined in the AU’s Charter for Democracy, Elections and Governance were cited by the Peace and Security Council, it was a principle in the founding   “As far as unconstitutional changes of government are concerned, it is something [stipulated] in the founding document of the constitutive act of the African Union,” he said.

Article 30 of the Constitutive Act of the African Union states that any “government which shall come to power through unconstitutional means shall not be allowed to participate in the activities of the union”.

Criticism of the apparent hypocrisy in promoting this principle stems from the body enforcing it during coup d’états, such as in Mali and Madagascar, and now Egypt, but not against leaders of African states who continue to preserve vestiges of autocracy on the continent.

So while Egypt is certainly not the first country to be suspended from the AU following an evaluation of an “unconstitutional change of government”, the AU’s decision to temporarily bar Egypt from the organisation is still significant.

“It is applied for the first time against what is known as ‘The Big Five’ countries,” Dersso said.

The Big Five – Algeria, Egypt, Libya, Nigeria and South Africa – each contribute 15% of the African portion of the budget, effectively subsidising the remaining members.

According to Dersso, Egypt’s suspension should not affect the finances of the AU just yet, however. And while Mali was suspended last year following the overthrow of its government in a military coup, it was readmitted to the AU once it could prove constitutional order had been restored. As Egyptian parties jostle to form a transitional government until elections can be held again, the AU may actually be convinced to allow Egypt back soon.

So what is all the fuss about, then?

The objective of the AU lies in its ability to push for Africa’s rights in the international system. And in order to do that, the AU has to be seen as a principled body, competent and efficient. With elections in Zimbabwe fast looming, the morass in Egypt has allowed the AU to assert itself rather strongly. With its stance on Egypt, the AU has been able to send out a message that quells doubts of its ability to handle any unseemly outcomes from Zimbabwe. DM