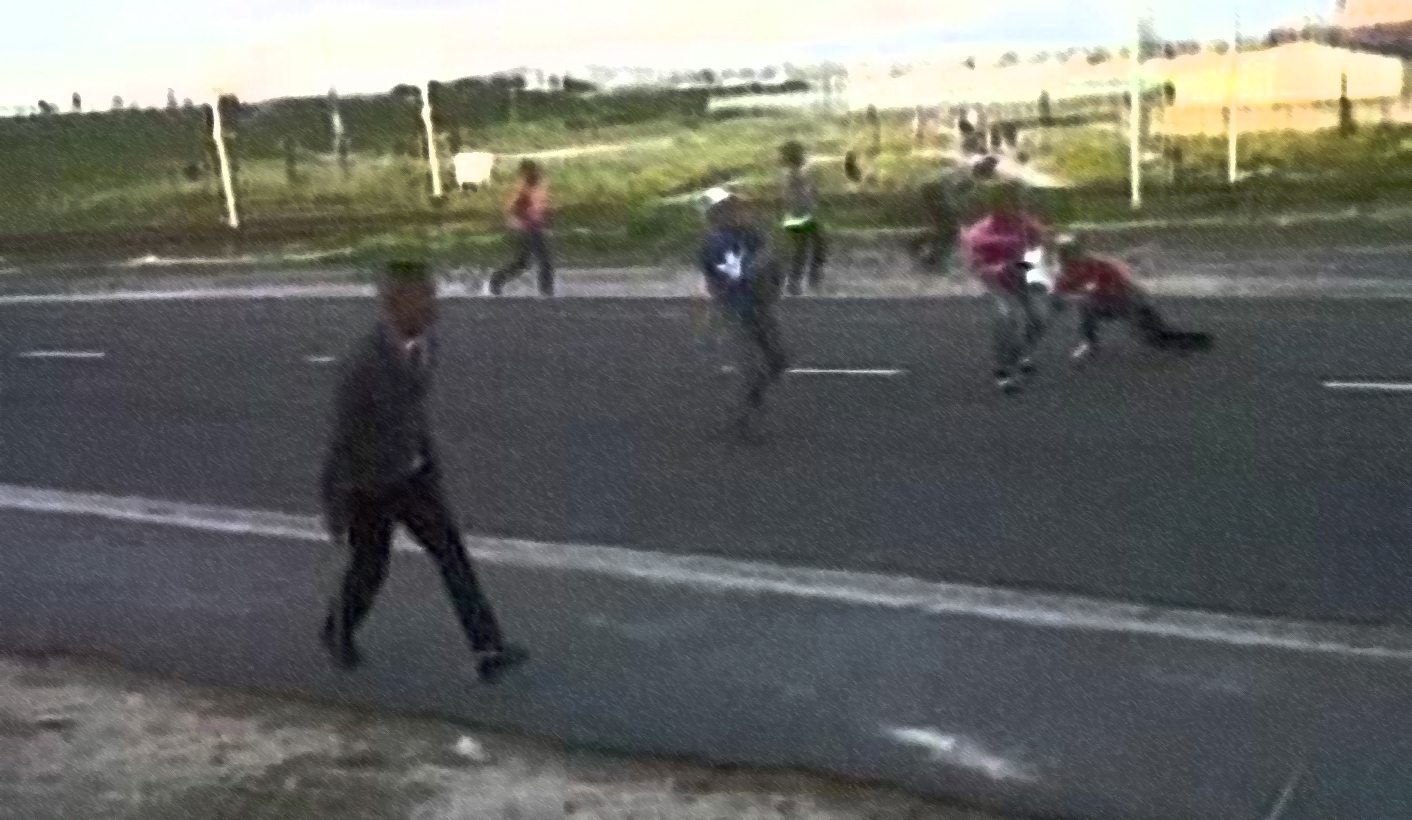 Nyanga has one of the highest murder rates in the country. We interviewed several teenage gangsters who brag about their kills. By PHARIE SEPHALI.

Nyanga East is experiencing a gang war between two groups called the Vato and the Vura. The lives of these young people, mostly between the ages of 14 and 25, consist of robbery, drugs and murder.

I met about 17 gang members at a home in Nyanga. I was allowed to interview six of them. They also allowed me to videotape the interview, but because some of them are under-age, it was decided not to publish the video.

Koko (18) from the Vura gang bragged that in the past five months his gang killed eleven Vato members. “In our group only three members got killed by the enemy. We’re very strong and we stand by each other no matter what,” he said. Koko, as a spokeperson of the group, expained that when you are a gang member you must know you will be part of the gang for life. This doesn’t imply a very long membership: last Sunday, during the day, one of their members was killed after being stoned and hit with pangas.

There are gang members currently in hospital fighting for their lives. Anele was beaten and he is currently in intensive care. His mother, Mrs Vuwani, said that she hopes her son doesn’t survive. She explained that she would rather have him dead than alive because the life he has chosen brings unhappiness to her family.

The members proudly stated that since they became a family they moved out of their homes and are staying in a secret place where they take care of each other. They only visit their homes when they want food or more clothes. “If you stay in your home you put your siblings at risk and your enemies can come for you any time of the night. Therefore you have to be alert at all times,” explained a gang member.

They also explained that they get their strength from drugs, especially tik (crystal meth). They said this gives them physical and mental power. They get money to buy tik by mugging people or stealing from houses. They told me the drug is not expensive: R30 a straw (8cm long). They said they could use up to R200 to get high. They showed how they smoke tik and did not care that they were being filmed; on the contrary, they appeared proud.

They also claimed that every Friday they buy two bottles of an unnamed medicine from a special place. They all have to drink the medicine at the same time. One said, “We can go out and do whatever we want to whoever. That is were we get most of our strength. It makes us feel like the untouchables.” According to an ex-gang member, this medication is obtained from a sangoma and when they drink it they believe they are protected and invincible. They believe that no weapon can touch them.

Gang members explained that the life they have chosen makes them happy and they do not see themselves living a different lifestyle. One member said that he knows that he has no future because he might die at any time, so there is no point in him having dreams and hopes. “When I was younger I wanted to be a soccer player but then life happened. I realised dreams are just dreams not a reality,” said Koko.

According to one of the group members the Nyanga gang war started inside schools, when learners from Crossroads and Zwelitsha started to bully each other. But others outside of Nyanga claim that the war between the two gangs started long time ago and that no one knows exactly how it started. Youth in different locations of Cape Town are at war with each other for different reasons, using the same names: Vato and Vura.

The gangsters do not attend school because they believe that they are not safe there since their enemies attend the same school. Abongile (20) explains that when he used to attend school at Mandela High school, he used to be in fights every day. He felt safer at home than at school.

Oscar Mpetha High School is under police supervision because the gangsters fight during school hours. “I hate going to school. I am not part of any gang but I am a victim. These gangsters rob us every day at school and on our way to school. They think that they rule the world,” said a grade 11 learner at the school.

An educator at Oscar Mpetha told me that since members of both gangs attend the same school, the gangs tend to fight during school hours, therefore the learners do not feel safe. “The metro police and the Department of Safety and Security partnered with schools that have a high crime rate. They started a project where police patrol around the schools to decrease crime. That is why there are always police around the school,” he said.

Zama Kholose (32), a community member in Nyanga, said that she is sick and tired of these gangsters. Because of them, people do not feel safe in their own homes. “I do not wish to have a son under these conditions. These hooligans don’t even go to school. They have no future.”

Gang members claim that the police do not generally arrest them. But if they are arrested by chance, they spend the night in a jail cell and in the morning they do community service, then go home.

GroundUp asked the South African Police Service (SAPS) about this. Spokesperson Andre Traut responded by email, “Arresting and subsequently releasing suspects to perform hard labour is not one of our initiatives, and any person who was subjected to this alleged practice is encouraged to lodge an official complaint with police management of the area.”

Traut added, “Nyanga police are well aware of the crime situation in the area and various initiatives are instituted to address the situation of fights amongst the youth of the area.”

The numbers of reported murders at Nyanga Police station are alarming. Despite signs of a decrease from 2004 to 2010, the number of murders increased again in 2011, as the following shows:

Nyanga is an extraordinarily dangerous place to grow up. DM

Read more about community life in Khayelitsha and other Cape townships on GroundUp.