Away from the squabbling family, graciousness and love for Madiba 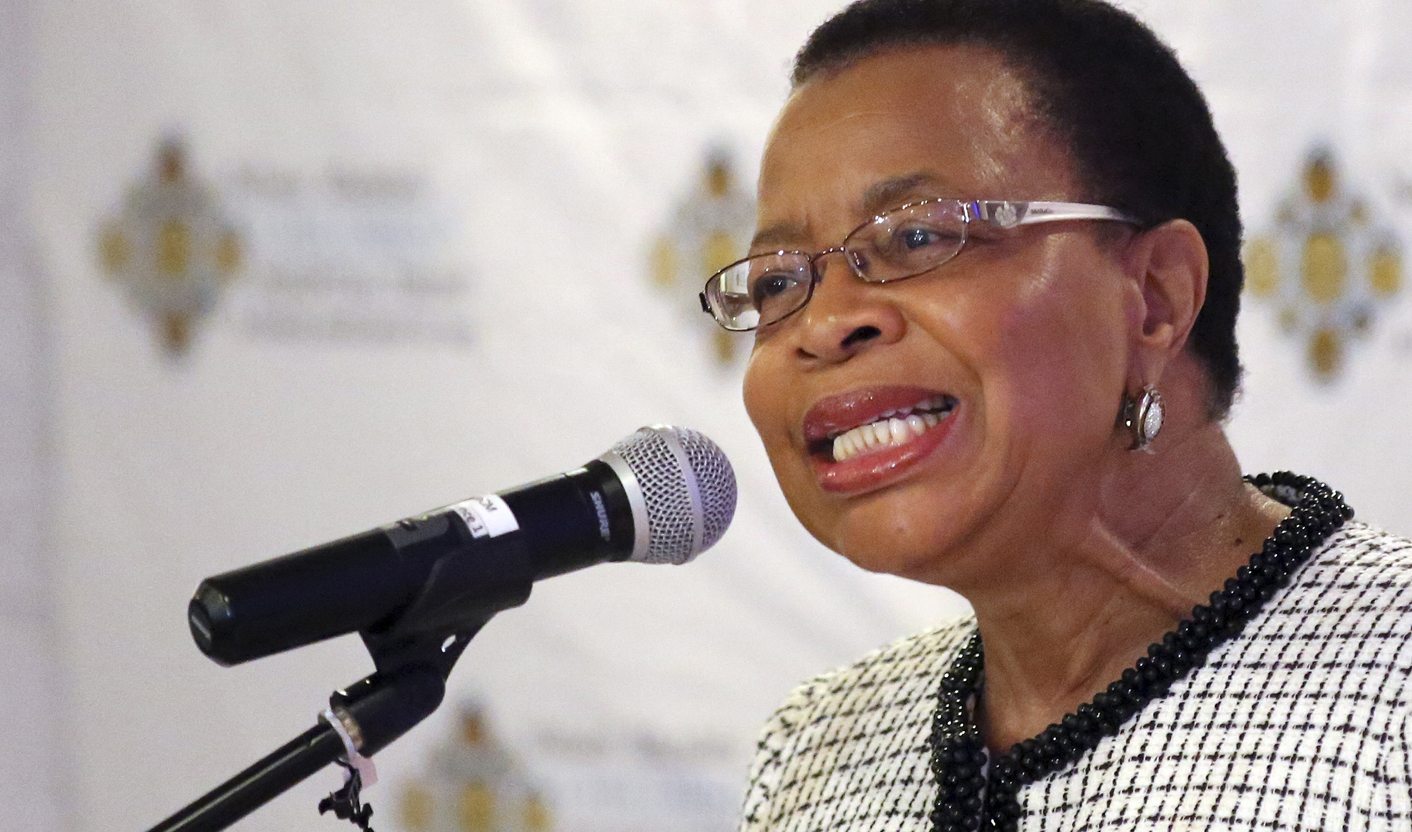 Graca Machel, wife of former South African President Nelson Mandela, speaks during the launch of Mandela Sports & Culture Day 2013 and the official handover of the Confederations Cup Finalist commemorative gift to the Nelson Mandela Center of Memory in Johannesburg July 4, 2013. South Africa's anti-apartheid hero Nelson Mandela remains in a "critical but stable" condition after nearly four weeks in hospital being treated for a lung infection, the government said on Thursday. The update on the health of the 94-year-old former President followed a visit to the hospital by current President Jacob Zuma. REUTERS/Siphiwe Sibeko

That slight tremor you felt yesterday was not the grinding or snapping of tectonic plates. It was fifty million palms slapping an equal number of foreheads as Mandla Mandela disgraced his family. His vomit of dirty secrets drowned out a powerful and dignified voice we should all have been listening to: that of Nelson Mandela’s wife Graca Machel. Luckily, ALEX ELISEEV had his ear tuned in the right direction.

The timing was both tragic and perfect. As Graca Machel began speaking at the Nelson Mandela Centre of Memory in Houghton, tweets from Mandla Mandela’s media briefing began to tick over, accelerating with each new gobsmacking claim.

In Mvezo, in the Eastern Cape, Mandla spewed forth allegations of illegitimate love children and accused his brothers – some of whom he claims are not his brothers – of sowing division and destruction. His briefing came against a backdrop of a court saga over the family’s trust fund, wild rants at journalists and reports that Mandla is trying to cash in on his grandfather’s legacy by hijacking a state-funded resort worth tens of millions of rands. As one tweet pointed out: the whole saga made the Kardashians seem classy.

At the same time, in an auditorium filled with sport stars (past and present), poets, priests, politicians, comedians, celebrities and journalists, Graca Machel walked up to the podium to greet the audience.

“I’m very happy to see many familiar and friendly faces this morning,” she said with a warm, kind smile.

She explained why she had left her husband’s bedside at the hospital to attend “a festive moment”, which was the launch of a new “Nelson Mandela Sports Day” to be held next month. She said there were several reasons.

She spoke slowly, pausing between her words. The last “Thank you” sounded like it had broken free straight from her heart to escape into the room and fly into the microphones. From a heart, that is, which must be weighed down by a boulder of sadness.

Machel continued: “The outpouring and humbling demonstrations of love of care of support, of hope, are taken into our hearts every single day. They are not unnoticed.

“It is simply important that we find occasions that we tell every single person that has prayed, that has focused thoughts on Madiba and on us as a family, to wish him well, to wish him healing… It is appropriate that we have time to say that God is listening, but we are also taking note. And we thank you very, very deeply.”

Machel said the sports day initiative – which brings together rugby, soccer and a bit of music – symbolises “exactly who Madiba is”. The two sports have very different histories and symbolic meanings to South Africa.

“These days, although Madiba may sometimes be uncomfortable… very few times he is in pain… but he is fine,” she continued. “I think the best gift which he has given this nation again is the gift of unity.”

She decided to expand on her thoughts:

“Maybe in these years some of it we had forgotten. But while he lies in hospital he offered an opportunity for all of us, again, from our hearts, from deep in our hearts, to be united.

“Whatever the outcome of his stay in hospital, that will be the second time he offered his nation a chance to be united. We feel, all of us, equal in our love for him. In the love of our country. And the building of our future.”

Machel went on to speak about her husband’s love for children and the hospital that’s now being built in his name. She called on people to support the project and help fulfill his wish. She called it building “a monument of love” for Madiba.

Her report of Madiba’s health may have been different from reality. While she said “he’s fine”, court documents revealed that he may be in a vegetative state and that his family considered disconnecting his life support system. This has been denied by the presidency. But that’s not even important. She may have been simply trying to calm an anxious nation, which is still busy trying to come to terms with reality.

What is important is that her words would have made Madiba proud, if he could hear them. She spoke about the things he loves and stands for. The gifts he gave and continues to give. She spoke of unity and the power of sport, which Mandela knew all too well.

Up next was Human Settlements minister Tokyo Sexwale. Banging the podium for emphasis, he said that Madiba’s legacy needed to be preserved for a thousand years, not be trampled on. Similar messages came from the other speakers.

The entire event, in fact, seemed to have hit the right note. The laying down of Protea flowers at a banner displaying a smiling Mandela may have been a little premature, but it was meant as a symbol of prayer. The legacy pledge guests signed contained lovely phrases like “Madiba is a mirror to our souls”. Poet Mzwakhe Mbuli read out one of his works about Madiba and there were prayers by religious leaders from all faiths, from Islam to Buddhism.

Anchored by the words of Graca Machel, the event seemed to contain just the right amount of nostalgia and talk about the future (how Madiba’s legacy can be honoured). There was no electioneering. No political poison. No Kenny Kunene. No drama around clothing labels, wines or reality shows linked to the Mandela name. Even as scripted and stage managed as it was – with Bryan Habana and Danny K posing for photographs – it felt more real than anything we have seen from the family. And that should tell you everything.

Wrapping up at the function, I wished that Mandla and the others would seek guidance from Graca Machel and learn how to handle the golden legacy they’ve inherited. To talk about helping build Madiba’s dream hospital, not break down his hard work, brick by brick. Or, at the very least, to fight in private and stand with dignity in public.

After a day of processing the two different worlds of Mandla Mandela and Graca Machel, archbishop Desmond Tutu put me out of my misery and said the words that had been scratching at my tongue.

“Please, please, please may we think not only of ourselves,” he said. “It’s almost like spitting in Madiba’s face.” DM

Photo: Graca Machel, wife of former South African President Nelson Mandela, speaks during the launch of Mandela Sports & Culture Day 2013 and the official handover of the Confederations Cup Finalist commemorative gift to the Nelson Mandela Center of Memory in Johannesburg July 4, 2013. South Africa’s anti-apartheid hero Nelson Mandela remains in a “critical but stable” condition after nearly four weeks in hospital being treated for a lung infection, the government said on Thursday. The update on the health of the 94-year-old former President followed a visit to the hospital by current President Jacob Zuma. REUTERS/Siphiwe Sibeko