Development plans and infrastructure reports: A day in the life of Number One 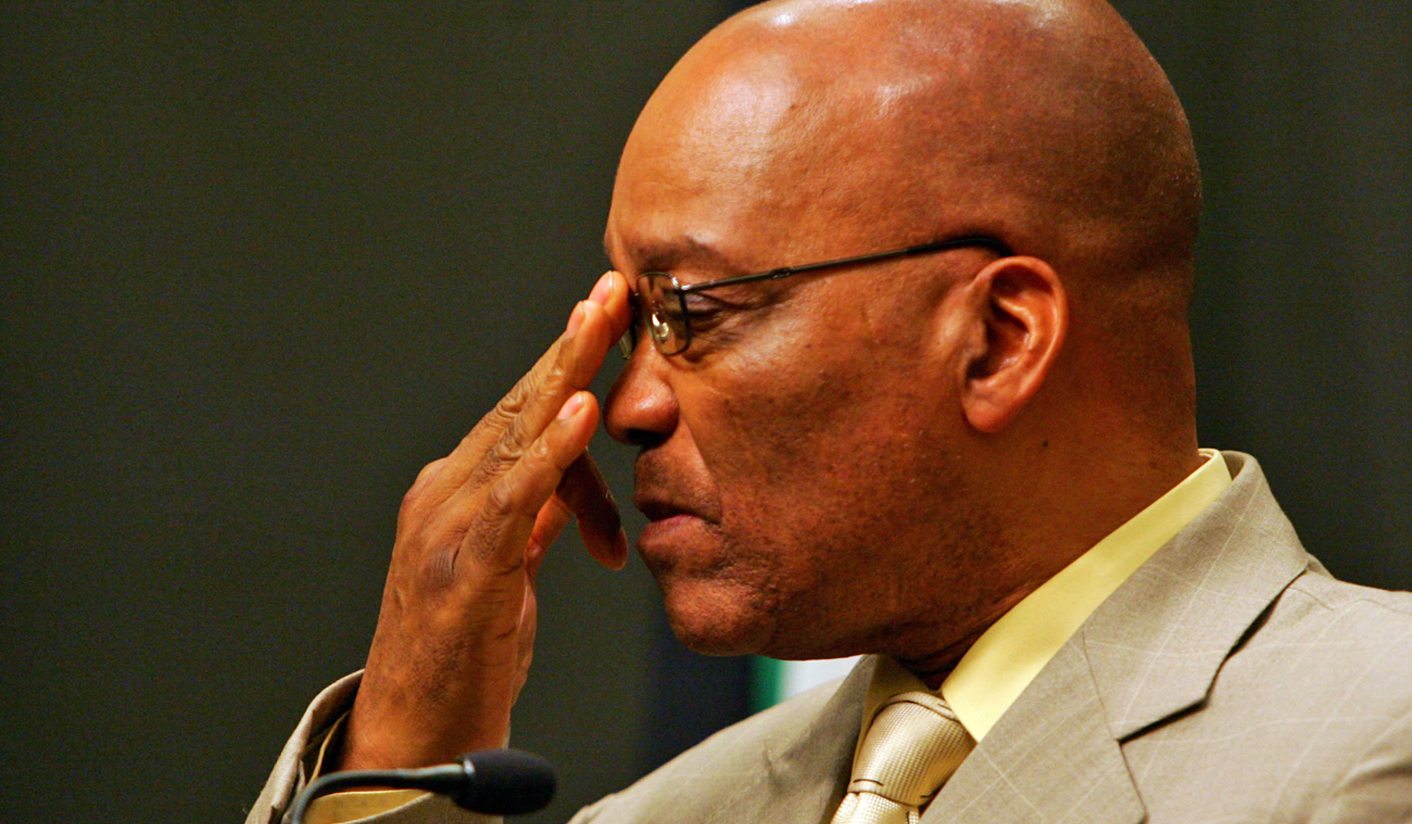 President Jacob Zuma spent Wednesday in two meetings that may be instrumental in determining how his leadership of South Africa is remembered. Make no mistake: the president is a very busy man. By KHADIJA PATEL.

President Zuma’s first meeting at the Union Buildings on Wednesday was with the National Planning Commission (NPC). The meeting appeared to proceed rather well. Zuma emerged from the meeting, flanked by Minister in the Presidency and the NPC Chairperson Trevor Manuel, and NPC Deputy Chairperson (an the Deputy President of the ANC, of course) Cyril Ramaphosa, saying, “I am happy, very happy.”

With the National Development Plan (NDP) on the agenda, that meeting at least appeared to have proceeded without too much fuss. And while Zuma said most South Africans had received the NDP well, he admitted that implementation would be key in determining its actual success.

“We understand that implementation is more difficult than writing the plan. In the next phase, we will need to meet more often to discuss the challenges and sharpen our approaches to implementation,” Zuma said, adding that government had already begun to prepare the 2014 – 2019 Medium Term Strategic Framework, based on the NDP.

According to the president, previous economic policies failed through insufficient efforts in implementation. Zuma said he was determined the NDP would not suffer a similar fate.

“We are determined to ensure that we use the NDP to improve the lives of our people,” he said.

Implementation of the NDP remains a distant possibility when opposition to the plan still emanates from within the ranks of the ANC’s tripartite alliance. Trade Union federation, the Congress of South African Trade Unions (Cosatu), and the South African Communist Party have both spoken out against the NDP and a summit – where some of their objections would have been raised with the ANC – initially scheduled for this week, has been postponed.

Manuel stressed there would be no “cataclysmic” moment when “all discussion now ends – it’s going to [move to] implementation”. He said the path towards implantation would be  “learning by doing” and “adaptation as we go”.

Similarly, Ramaphosa said the NDP was not a static document, but rather, a living one, indicating that it was still open to revision. He also said that the NPC would soon be engaging Cosatu on its grievances against the plan.

It was the second of the president’s meetings on Wednesday that proved more complex than his own office had bargained for. Zuma’s meeting with the Presidential Infrastructure Co-ordinating Commission (PICC) was scheduled to conclude at about 2PM on Wednesday afternoon. It was, however, not until 6 PM that the president emerged from the discussions on infrastructure development. Rumour suggested that major disagreements had significantly delayed the meeting.

“We have had lots of discussions and we are certain that we are making progress,” he said.

According to him the meeting had taken longer than anticipated “because of the volume of the matters on the agenda”.

He said the PICC had met to discuss its management committee progress report.

“It was a very comprehensive report indeed… on what is happening with regards to specific projects at whatever stage they are,” he said.

Cabinet established the PICC to bring together representatives of the three spheres of government, and Cabinet members, Premiers, Metro mayors and South African Local Government Association representatives are brought together to harmonise efforts on the National Infrastructure Plan.

“The important thing about this particular commission is that it is one of the mechanisms that puts together all tiers of government… to discuss issues from a national collective point of view,” Zuma said.

Government adopted a National Infrastructure Plan in 2012. The plan aimed to transform the economic landscape while simultaneously creating significant numbers of new jobs, and strengthening the delivery of basic services. And it’s no small change at stake. In the 2013/14 fiscal year, government will invest R827 billion on infrastructure.

The plan is meant to improve access by South Africans to healthcare facilities, schools, water, sanitation, housing and electrification. While there is a substantial investment being made in the construction of ports, roads, railway systems, electricity plants, hospitals, schools and dams in the hope that it will contribute to faster economic growth, the biggest chunk of the investment in infrastructure will continue to come from Eskom, which will invest R205.1 billion over the three years up to 2015. Eskom’s new power stations, Medupi and Kusile, are the biggest beneficiaries here.

“Infrastructure is the kind of thing that if you don’t plan now for the next 30 years, and each year you are simply trying to catch up, then you will not be capable of launching your major programs,” he said.

Patel said the meeting discussed the “key successes and big challenges” in the roll-out of the infrastructure spend. The PICC meeting on Wednesday was an opportunity for Zuma to discuss with the rest of the Council how best to “deal with those challenges”.

Patel denied that government ministers were locked in a dispute over the prioritisation of some projects over others.

Asked if the PICC had seen ministers “horse trading” over projects, he said:  “Horse trading, that is not how council works.” He said projects were selected as business cases were presented and feasibility studies concluded.

“The horses are safe for now,” he said.

And while it remains to be seen if there are indeed any backroom dealings on infrastructure projects, it is the way in which Zuma’s government conducts the infrastructure plan that will be remembered for years to come.

A World Bank study on infrastructure found that the poor state of infrastructure in sub-Saharan Africa, that is, electricity, water, roads and information and communications technology, reduced national economic growth by two percentage points every year and cut business productivity by as much as 40%.

By the time Patel had explained the complex dealings of the PICC meeting, President Zuma had long excused himself. He had other places to be. DM