An abridged history of family meltdowns 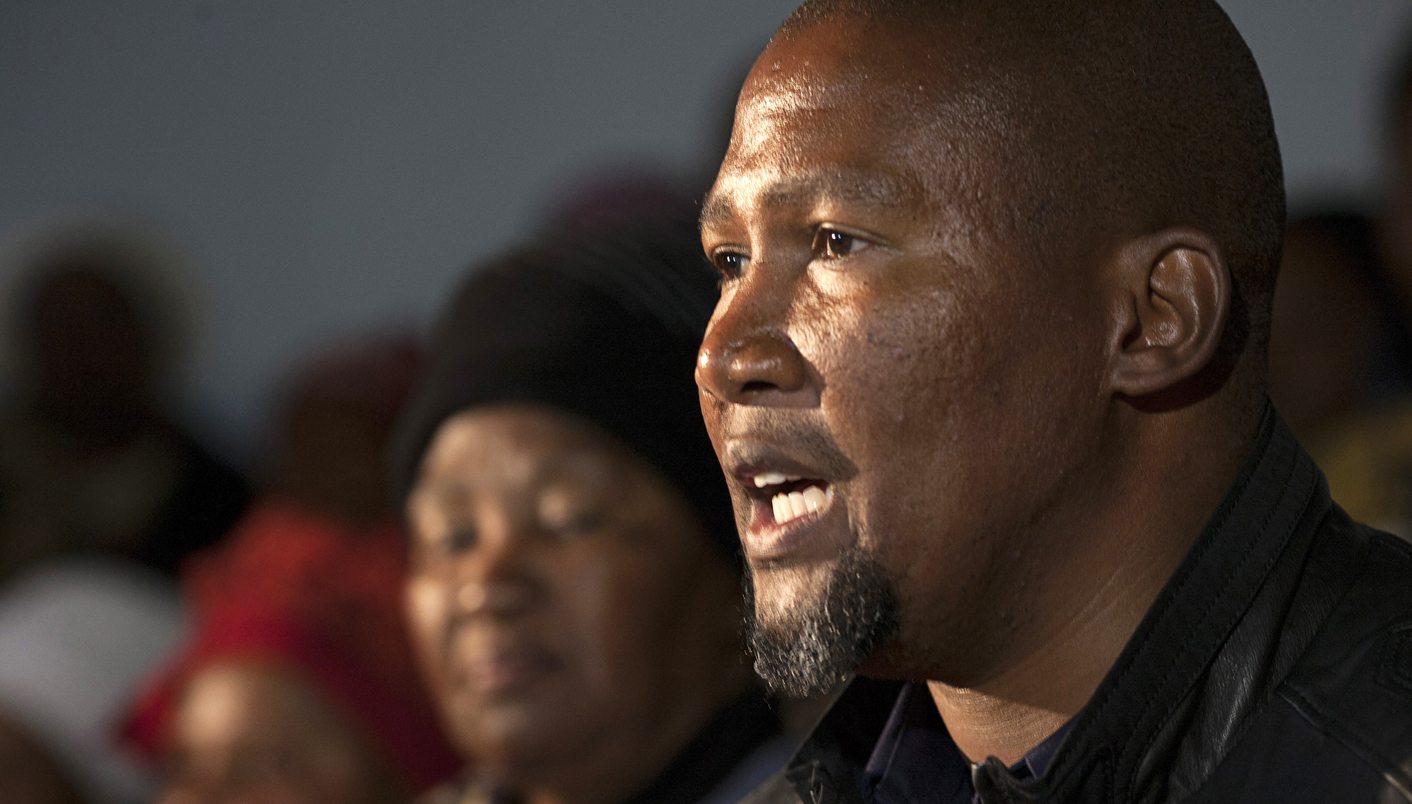 Fear not, South Africans—you are not alone. On Thursday, Mandla Mandela aired four generations’ worth of dirty nappies on the nation’s washing line during the strangest press conference anyone can remember. To those of us who watch Game of Thrones, it’s obvious that he was merely enacting an age-old drama of a legendary family smacking into the bottom of the gene pool. It’s one of history’s endlessly recycled jokes; we’re still waiting for the punch line. By RICHARD POPLAK.

Genes. Funny things, them. They bounce around with no real understanding of provenance, like big silver globes in God’s pinball machine. A great son is born to a middling mother; a woman of genius whelps a serial killer. Lines of succession, the way power is passed down from king to prince (or Bush to Bush), is a famously lousy way to ensure decent governance. There were all sorts of underlying reasons for the Egyptian revolution, but certainly one of them was the looming reality that Hosni Mubarak—no prize himself—was preparing to hand the reigns over to his son Gamal, a man whose bad cologne wafted from TV screens across the Maghreb.

I’d love to explain what was going through Mandla’s head when took a howitzer to his family’s name, but I don’t have access to the requisite psychology textbooks. Suffice to say that he was playing a defined role in history’s long-established dramedy: the progeny of the giant who is not just incapable of continuing the legacy, but appears committed to wiping said legacy from the books.

While Mandla blathered on, seemingly reciting from a cancelled Mexican soapy script called Mos Pesos Por Favor!—while he smeared a viscous sleaze on everything related to the family brand—I thought of Marcus Aurelius Antonius Augustus. Yes, I’m intellectual like that. The philosopher king, who ruled Rome between 161 and 180, was called the last of the Five Good Emperors for a reason, and that reason was his son. Indeed, Commodus was a genuine, A-grade plonker—Mandla in a toga, and then some.

Marcus Aurelius’s Meditations was the Long Walk to Freedom of its day—a dazzling, Stoic tome that remains a pillar of the Western canon. By contrast, Commodus was barely capable of finishing a colouring-in book. Wrote Cassius Dio, at the end of his account of on Marcus Aurelius’ life: “Just one thing prevented him from being completely happy, namely, that after rearing and educating his son in the best possible way he was vastly disappointed in him. This matter must be our next topic; for our history now descends from a kingdom of gold to one of iron and rust, as affairs did for the Romans of that day.”

Commodus was made emperor to avoid almost certain civil war, but he ended up being equally disastrous. He was a fool and a coward, a horndog and a sadist. His reign marks the beginning of the downfall of the Roman Empire—he was a son born without a single of his father’s traits. That he was a pampered twit, treated like Little Lord Fauntleroy from day one, certainly didn’t help matters (which nudges us into the nature vs. nurture debate). But suffice to say, one of the planet’s greatest leaders sired a pup who could barely master the fine art of walking.

The House of Bourbon may sound like your dream pub, but in fact it was a nest of French vipers that ruled over chunks of European territory from the 16th to the 18th century. European royalty were known for swapping cousins, but the swamp of inbreeding hit a low with this lot. Louis the XIV led us, eventually, to his great-great grandson Louis XVI—whose head ended up lolling in a basket. Louis XVI died as a symbol of the excesses of the ancien regime, a garish reminder of all that was bad about dynastic rule. Dumb begat dumber which begat, well, Louis XVI.

But even saints don’t always rear saints. Mahatma Gandhi had four children that survived into adulthood. His son Harilal showed up at his father’s funeral in the garb of the bum—although he wasn’t playing dress up. He would die from the complications of alcoholism several years later. Here, however, we arrive at one of history’s wrinkles: perhaps bucking the genetic trend, Ramdas and Devdas were good fellows, who continued in their father’s footsteps without mess and fuss, while Manilal Gandhi did superb, courageous work in South Africa, and his daughter Ela remains one of the few ANC personalities to emerge from the party with her great reputation intact.

In other words, for every Joffrey Barathreon, there’s a Robb Stark—there are no hard and fast rules. Nonetheless, like Hollywood sequels, there does seem to be a marked drop off in quality as we move into the IIIs and IVs and XVIs. It does, however, occur to me while it may be Mandla Mandela’s fault that he is, is the immortal words of Louis CK, a “non-contributing zero”, it’s our fault for expecting him to be anything more.

The reason we’ve gone to all the trouble setting up the mechanisms of a democracy is so that we don’t have to rely on Madiba’s children and grandchildren to guide us through the 21st century. We have, by virtue of our system of governance, out and out rejected the notion of dynastic rule; we have shed ourselves of the magical thinking that clings to the divine right of kings. (Yes, I understand the role of traditional rule in South African society. For a disquisition on its possible outcomes, please see: Mandela, Mandla). It doesn’t matter that the remaining Mandelas make Dallas look like a documentary. If we don’t live in Mvezo or Qunu, we’re safe from their ministrations.

As for their representing the Decline and Fall of the South African Empire? Last I checked, my brother hadn’t knocked my wife up—Mandla’s scenario doesn’t represent me, or anyone I know.

But as we steadily settle into becoming a kingdom of iron and rust, we’d should dwell for a moment on holding our democratically elected representatives accountable for trashing the Mandela legacy. They’re doing more damage than a raving Mandla could ever hope to do. DM

Photo: Mandla Mandela, grandson of former South African President Nelson Mandela, talks to journalists during a news conference in Mvezo in the Eastern Cape of South Africa July 4, 2013, a day after a court order to exhume the remains of three of the anti-apartheid hero’s children. Within hours of the ruling against Mandla Mandela by the high court in Mthatha, police and hearses arrived at Mandla’s complex in the nearby village of Mvezo, where the three Mandela offspring are buried. Mvezo is the birthplace of Nelson Mandela. REUTERS/Siegfried Modola