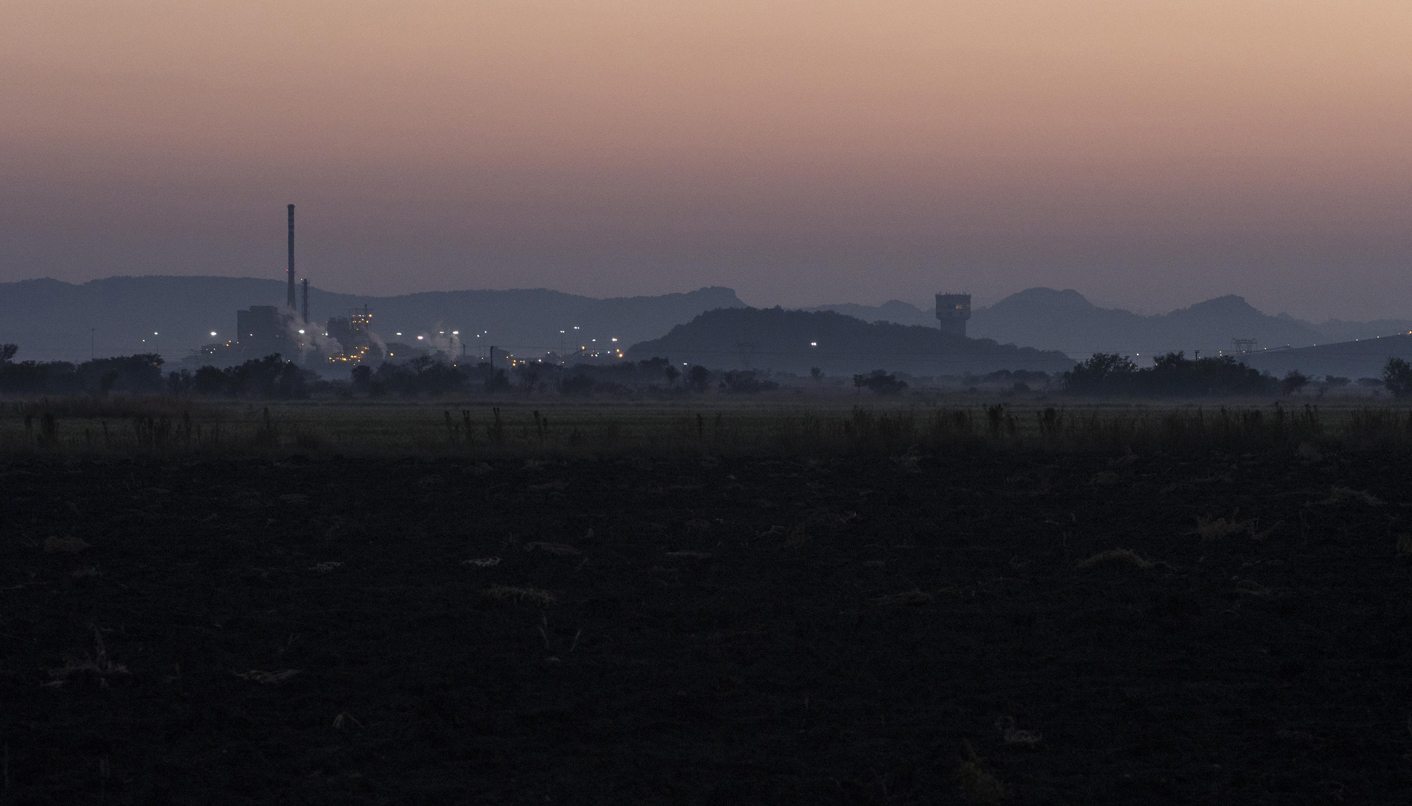 On Wednesday, at the Presidential Guesthouse in Pretoria, the much-touted Framework Agreement for a Sustainable Mining Industry was signed by government, labour and business under the leadership of Deputy President Kgalema Motlanthe. The ultimate goal is to restore peace to the unstable industry in order to attract investors back and boost the economy. According to Motlanthe, the agreement will be implemented immediately with regular meetings held to ensure its effectiveness. But not everyone is on board. At the end of a long, hot and tiring afternoon, one important signature was still missing. By JESSICA EATON.

Wednesday’s Agreement acknowledges the crucial importance of the large and complicated South African mining industry, the effects the global financial crisis has had on it, and outlines the rights and responsibilities of its key stakeholders. “The South African mining industry is central to our economy and job creation. Similarly the rule of law and stability is a fundamental pillar of our democracy and a necessity to ensure economic and social development”, it says, and promises that “we, as government, labour and business, will work together to ensure the sustainability of the mining sector for the future of our country and our people.”

It’s exactly this democratic process of problem solving through peaceful discussion that Federation of Unions of South Africa (FEDUSA) General Secretary, Dennis George, praised Motlanthe for. Speaking to the Daily Maverick, George emphasised the importance of getting everyone round the same table to speak, and attributed this success to the deputy president. In a statement released by FEDUSA on Wednesday night, the organisation described its “elation about the mining peace agreement.”

However, in the same statement, FEDUSA acknowledged that “one sister grouping had requested more time to consult with its constituency.” That “sister grouping”, which is not named in the statement, is the Association of Mineworkers and Construction Union (AMCU).

Wednesday’s meeting and signing of the Agreement was scheduled to take just over an hour, but the event turned into an all-afternoon affair. Talking to stakeholders after the negotiations, it was clear that AMCU’s reservations had caused the delay, and that the union did not sign the agreement.

Speaking to the Daily Maverick, George repeated that this was not the first time AMCU had “needed more time to consult with [its] members.” He added, “We all thought that because they already included their ingredients, they would eat the cake, but now they don’t want to.” While George did say that AMCU was committed to peace, he stressed that the 100% wage increases they were demanding would be unrealistic and could only result in huge job losses.

Regardless, Motlanthe was hopeful, although his explanation was a little cryptic. He told the media that “we expect AMCU will sign no sooner than yesterday.” He stressed that the union agreed with the document in essence, but simply needed more time to consult. General Secretary of COSATU, Zwelinzima Vavi, speaking to the press after the official signing, said this meeting had already been postponed once because of AMCU and that the agreement would be implemented anyway without their signature. He hoped, however, that AMCU would ultimately sign the agreement because “if eventually they don’t sign, it will send a clear message that they are not committed to engaging.”  In a short interview, he encouraged them to show their respect for the rule of law and South Africa’s strong tradition of negotiation, and concluded by saying he was “quite disappointed” that they had not signed yet.

Go-ahead or not, missing AMCU’s signature is serious. AMCU is the country’s third largest, and not having them on board is a loss. AMCU is now said to represent 70% of Lonmin’s 28,000 mineworkers, after having attracted many members away from NUM, the older and more established union on the platinum belt.

Speaking at Talk Radio 702’s Mining Roundtable last month, AMCU treasurer, Jimmy Gama, expressed his concerns that AMCU’s large membership and significance in the industry was not being recognised. “We have more than 70% representation at Lonmin and they are still not agreeing to sign our agreements,” he said. “For me the biggest problem in the platinum belt is that the employer does not want to recognise the majority union and that mining houses have a lot of money and they need to look at workers and how they can benefit. The problem with shareholders is that they need to understand that there needs to be a balance between what shareholders get and what workers want.”

A Solidarity official did not seemed to agree that AMCU’s withheld signature was as simple as “needing more time”. He suggested that AMCU had demands in Wednesday’s meeting that government could not meet. “The union had requested that Blade Nzimande, South African Minister of Higher Education and Training, retract his statement that AMCU is a ‘vigilante union’.” Motlanthe side-stepped the issue of AMCU’s dissatisfaction, emphasising that “this document is as much theirs as it is ours.”

In the agreement itself, business commits, among many other things, “to adhere to laws, regulations and charters governing the sector and consistently apply their policies and agreements,” while labour agrees to “adopt an all-inclusive approach and utilise all legally available mechanisms to ensure that transformation takes place and communicate relevant information to members.” Government will “ensure that law enforcement agencies act in a manner that is fair, impartial and objective and that all care is taken to protect life and property.”

The commitments seem to be no-brainers, and the document is full of other seemingly obvious principles. Surely for government to ensure that the police service is not biased and that mining companies and unions will act within the law is simply common practice and not something that needs to be negotiated and formally agreed upon?

Now, though, whether what the stakeholders have agreed to is obvious or not, right and wrong has been established, and regardless of AMCU’s reservations, an “us and them” dynamic is now surely at play. There are two distinct sides, those who signed the agreement and those who didn’t.

Many questions still remain. If AMCU never signs, will a united front comprising other unions, government, and business be enough to stabilise the industry and convince AMCU to play ball? Will the mining industry be different after the agreement? Will this agreement be enough to attract much-needed investment back to South Africa and improve the quality of life of the workers?

Motlanthe says that “investors are not interested in this document, they are interested in a stable mining industry.” But will the agreement create that stable environment for big investment? With one important signature missing, will Motlanthe succeed? DM