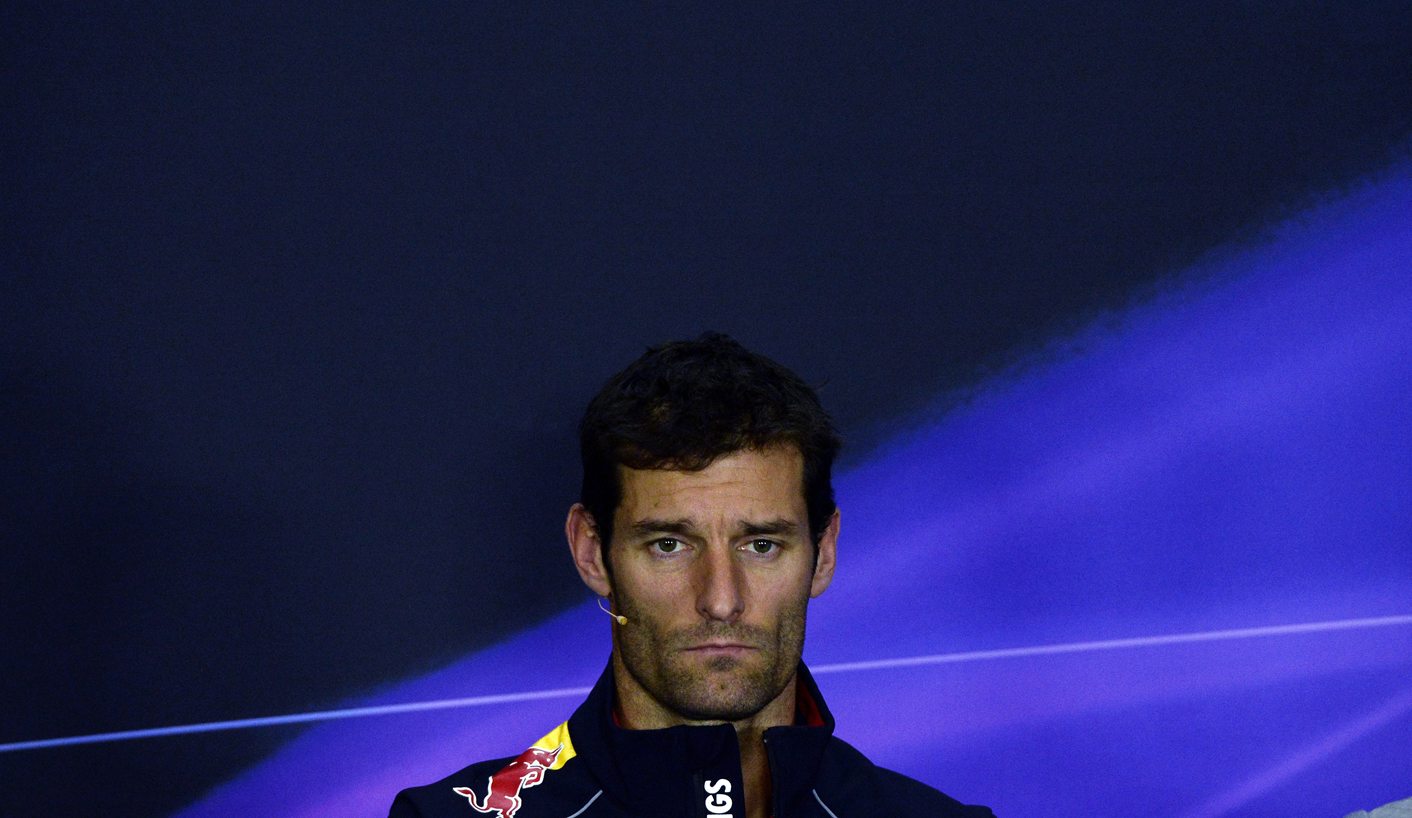 Mark Webber caught his Red Bull team on the hop on Thursday with the announcement that he was leaving Formula One at the end of the season to race Le Mans with Porsche. By Alan Baldwin.

Team principal Christian Horner told reporters at the British Grand Prix that his Australian driver had rung him just before a Porsche statement was issued to let him know his decision.

“I had a call this morning and that was the first I knew about it. He’s obviously decided to take things into his own hands,” said the Briton.

“I think probably the guys in the factory are a bit more disappointed that they read it on the internet rather than heard something direct. But that’s the way these things are some times.

“I suppose an hour’s notice is a bit short,” said Horner somewhat ruefully.

Triple world champion Sebastian Vettel, the German who has been barely on speaking terms with Webber since a Malaysian Grand Prix ‘team orders’ controversy, found out a lot later.

“It was a Porsche announcement. I informed Christian before the announcement, which contractually I should do, so that’s what we did,” said Webber.

“Obviously I will talk to the factory of course at some stage,” added the Australian. “They’ve been superb for me on the floor there but Porsche were very keen to make the announcement. It was about Porsche and Mark Webber today.”

One man who was not caught out was the team’s Austrian billionaire owner Dietrich Mateschitz, who said he had known for some time – a sign of possible fault lines within a team divided by its drivers.

“We knew about Mark’s decision for some time and I think it’s a very good one with benefits for him and Porsche,” Mateschitz told the autosport.com website, adding that Webber had flown to Austria earlier in the week for talks.

Speculation linking Webber to Porsche first surfaced months ago, with the Australian quick to pour cold water on them at the time, and he validated them finally on Thursday.

“The decision has been there for quite a long time for me actually. So, I’ve known for quite a while, I’ve had a plan and I’ve stuck to it,” the 36-year-old told reporters.

“Dietrich has been completely up to speed with my thinking in the last six to eight months.”

Webber said the rule changes for 2014, when a new V6 engine is introduced, had played a part in his decision but he has also been complaining for much of this season about the current situation with tyres that do not allow him to race flat out.

“There’s lots of reasons that come into the pot, I think, when any sportsman or women comes to that time in their career where they want to call it a day,” he added.

Webber said he would be fully motivated and committed right to the end of the season in Brazil and Horner expected no less from the driver.

Other drivers felt he was doing the right thing.

“I think he’ll have a lot of fun behind the wheel, as he’s doing now, with a little bit less problems outside the wheel than we have now in Formula One,” said Ferrari’s Fernando Alonso.

“With the new series I think he will have a little bit more fun and I wish him the best of luck for the rest of the championship and for the future.” DM